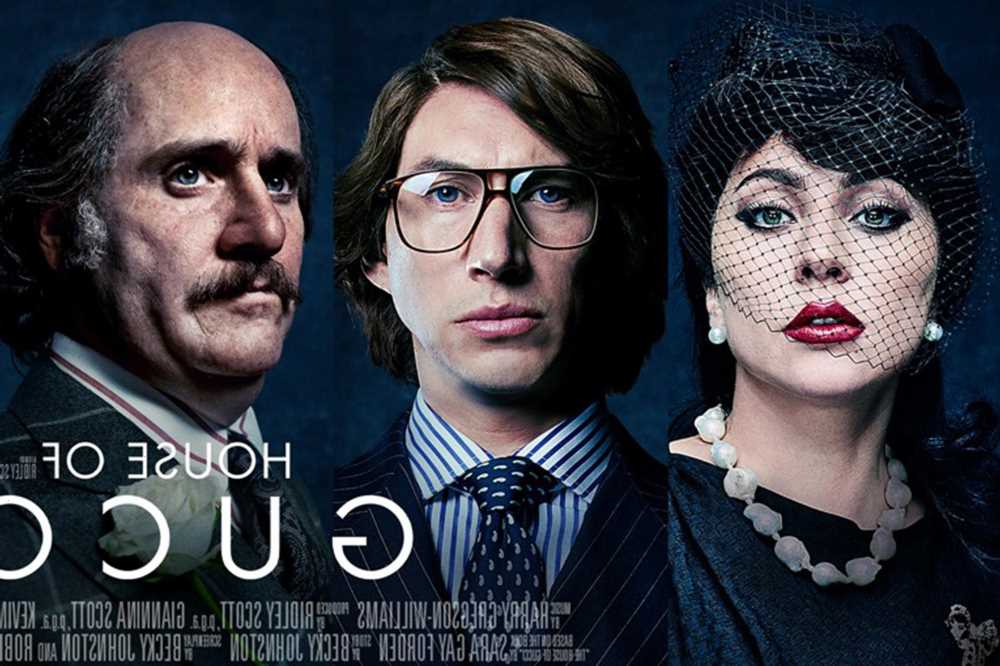 Gucci and Balenciaga just unveiled the biggest fashion mashup of 2021

Gucci footwear discounted up to 20 percent off for DSW sale

It’s been 26 years since the murder of Italian businessman Maurizio Gucci — and the upcoming biographical film “House of Gucci” is here to tell the secrets behind the fashion empire.

Metro-Goldwyn-Mayer Pictures has released new movie posters featuring its five illustrious main characters. Lady Gaga, 35, and Jared Leto, 49, star in the upcoming film and shared the movie posters on social media. Both included the Italian word “stasera,” which means “this evening,” hinting that a trailer could be coming soon.

The distinguished cast is all sporting somber expressions and dark clothing. Leto, the most unrecognizable in the photos, is likely wearing prosthetics and heavy makeup to achieve the aging look of designer Paolo Gucci. Lady Gaga wears a black mourning veil and dark red lipstick as guilty ex-wife Patrizia Reggiani.

Based on the Sara Gay Forden book, “The House of Gucci: A Sensational Story of Murder, Madness, Glamour, and Greed,” the film tells the real-life story behind Reggiani’s involvement in the 1995 murder of her ex-husband, Maurizio Gucci, head of luxury Italian fashion house Gucci.

However, the actual members of the family aren’t thrilled that their dirty laundry will be projected on the big screen. “They are stealing the identity of a family to make a profit, to increase the income of the Hollywood system,” Patrizia Gucci, one of Maurizio’s second cousins, told the Associated Press. “Our family has an identity, privacy. We can talk about everything. but there is a borderline that cannot be crossed.”

The real-life Patrizia Reggiani was sentenced to 29 years in prison for hiring a hitman to shoot her husband when he arrived at work. Her sentence was reduced and she was released in October 2016 after serving 18 years in an Italian prison. Amid widespread media coverage of the 1998 trial, she was nicknamed “Black Widow.”

Filming throughout Italy wrapped up in May. Actress Giannina Scott, Kevin J. Walsh and Mark Huffam are producing alongside Scott.

“House of Gucci” premieres in theaters on Nov. 24 and will be available to stream afterward on Paramount+.