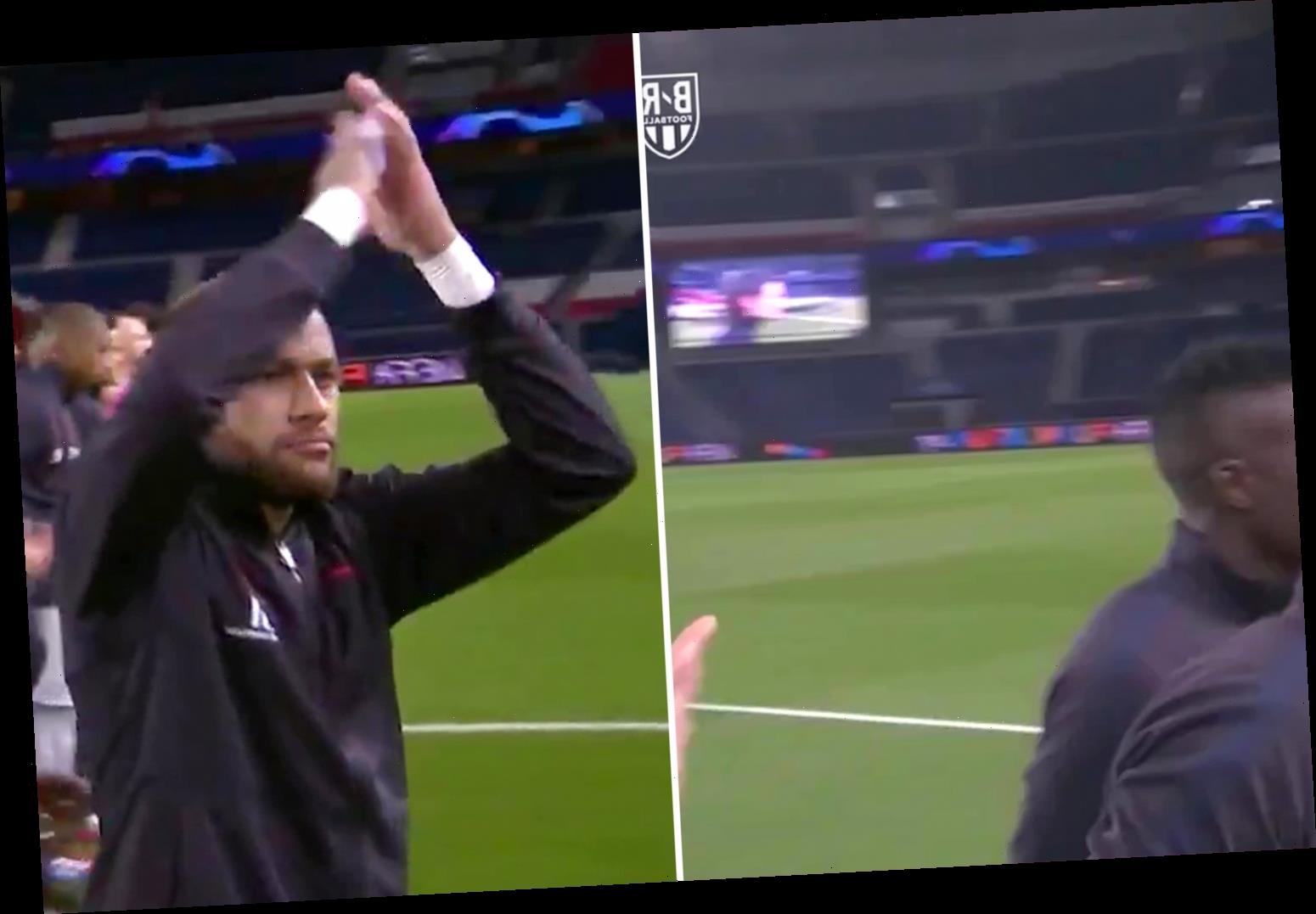 The two sides were ordered to play the second leg of their last-16 tie at the Parc des Princes behind closed doors on Wednesday night because of the coronavirus crisis, which has so far killed 4,607 people worldwide. 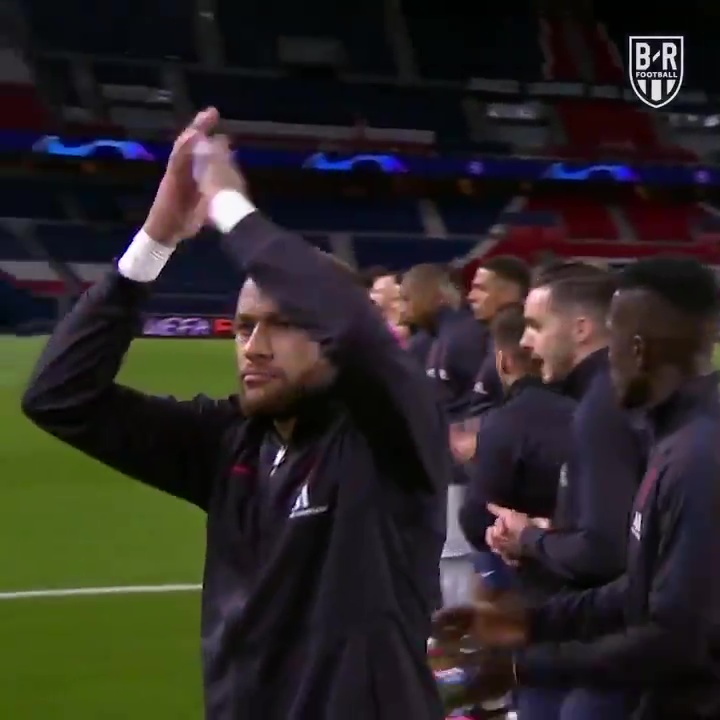 PSG lost the first leg in Germany 2-1 and were looking for revenge.

Both teams walked onto the pitch and lined up for the famous Champions League theme song.

It was then Neymar span on the spot and applauded the empty seats in hilarious fashion.

However, PSG were not totally alone against Dortmund.

Thousands of home fans gathered in a park near the stadium to cheer on their side.

The PSG supporters had been hoping for a large screen to watch the game on. 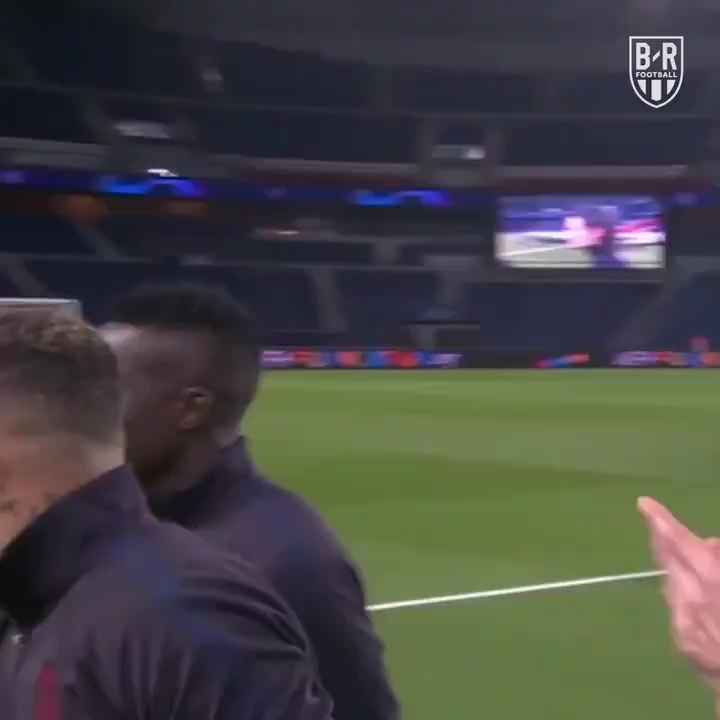 But due to COVID-19, that would have meant that 1,000 people would have been allowed at the gathering.

Instead, the group – estimated at around three times that number – watched the game on their individual mobile phones.

And they showed their support by setting off fireworks which could be seen from inside the stadium in a morale-boosting display.

Indeed, Neymar seemed to be inspired by their display.