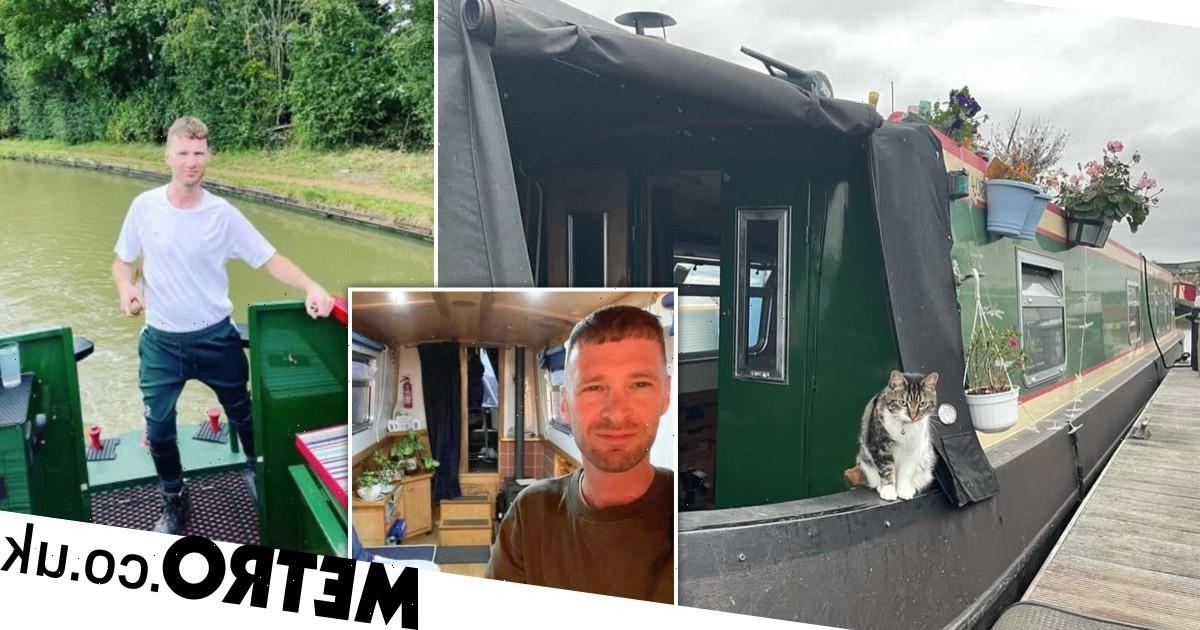 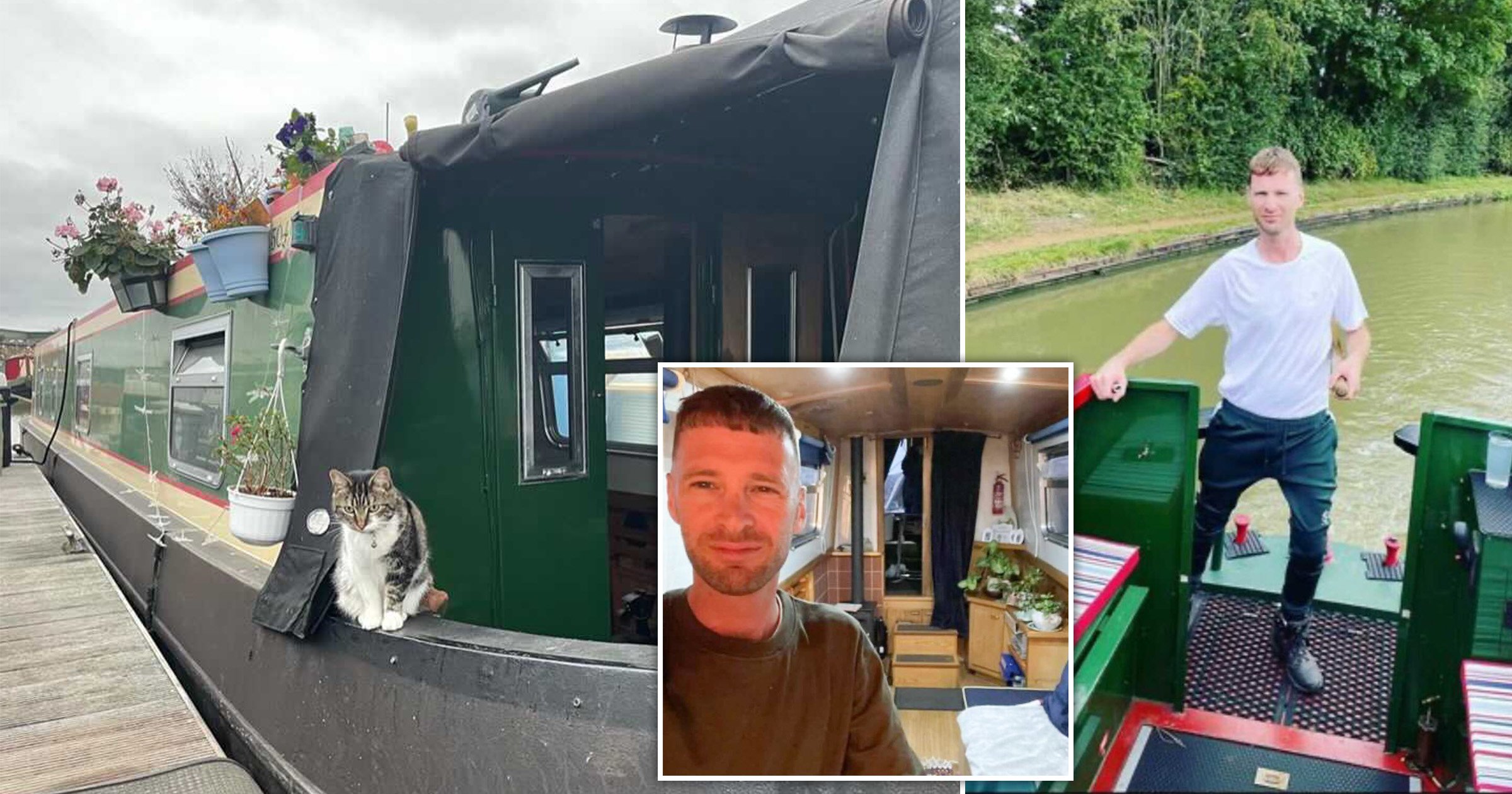 An NHS worker has forgone modern-living and slashed his spending in half by living on the water.

Nature-loving Jordan Jackson, 38, currently lives on a 51ft narrow boat with his cat, Bella, on the Ashby canal.

While living on the boat has given Jordan a cheaper life, being canalside has also filled him with joy and a sense of community.

His love of sailing comes from happy childhood memories with his family and now he is embracing his ‘off the grid’ lifestyle.

Since moving to the boat, Jordan has reduced his bills from £675 to £350 on average per month.

‘I was looking at buying a house at first,’ Jordan said.

‘The boat has given me an opportunity to buy somewhere to live for less than £40,000. In this area, it is difficult to find anything for less than £120,000, so this is a massive saving.

‘It’s a great way of living because there’s less rent to pay.’

He continued: ‘When I moor in a marina, my rent is only around £250 a month but when I’m continuously cruising in the canal, there is no mooring fee.

‘When you compare that to renting a house that’s a lot cheaper.

Jordan’s unusual lifestyle has also helped him save half his cash on utility bills.

‘I pay £20 on electric,’ he explains. ‘But I plan on getting solar panels next year which will save me even more money.

‘If you have solar panels, you hardly use any electricity, so it’ll go down to basically zero.’

Jordan hopes that by saving more cash he can eventually cut down his work hours and become more involved in activities that he enjoys.

‘It will also give me the opportunity to perhaps work part-time in 10 years and concentrate more on contributing to ecological projects,’ he added.

He notes that this lifestyle has introduced him to like-minded people who share his love for nature and it’s a community he loves.

‘There’s a community. Everyone helps each other and checks in on one another,’ he explained.

‘You stop and talk to your neighbours. It reminds me of communities like in the old days where everyone spoke and hung out.

‘Some people might think it’s a lonely lifestyle, but I don’t think it is at all.’

Jordan is mindful of the ecological side of canalside living and tries to be as environmentally cautious as he can.

‘I try to live as eco-friendly as I can. I don’t drive, I cycle everywhere,’ he said.

‘There is a log burner on the boat, but I buy eco coal made out of olive stones. I don’t use fossil fuels and any wood I burn is normally offcuts.

‘In general, it’s more eco-friendly. You become more conscious of the footprints you’re making on the planet.’

Jordan adores his new lifestyle but does say there are a few modern-day problems that he is struggling to solve.

‘It is a bit difficult because you don’t have a postal address living on a boat,’ he added.

‘If you want something from Amazon you have to deliver it to a pickup point.’

However, all in all, Jordan wouldn’t change a thing and credits his lifestyle as an aid to his mental health. He now has true independence and freedom to travel whenever and wherever he wants.

‘You can take your house on holiday with your pets, and you don’t have to pay a fortune to go away.’