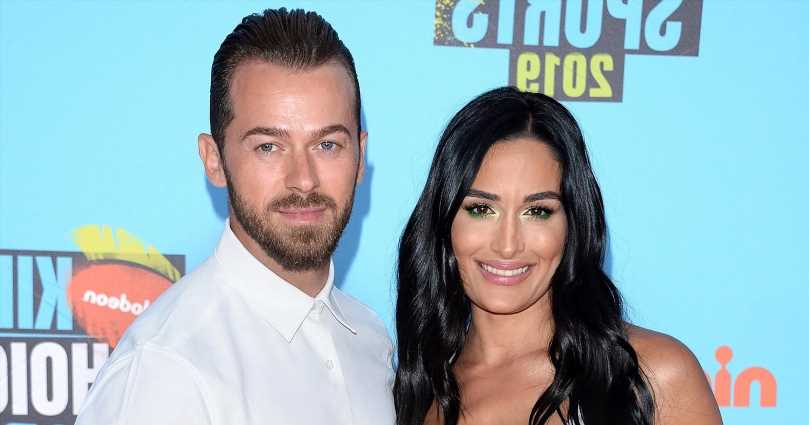 Nikki Bella and Artem Chigvintsev: A Timeline of Their Relationship

The former pro wrestler, 37, was away from her fiancé, 39, while working on America’s Got Talent: Extreme. At the same time, Chigvintsev has been rehearsing and performing with Melora Hardin on season 30 of Dancing With the Stars. During the latest episode of “The Bellas Podcast,” the California native described the challenges of sustaining a long-distance relationship — especially when raising 15-month-old son Matteo.

“This is the longest we haven’t seen each other. We went six or seven weeks [apart],” Nikki told her twin sister, Brie Bella, on the Wednesday, November 10, podcast episode. “I got AGT: Extreme … [and] Artem and I both discussed, Teo goes everywhere with mama. That’s where he’s comfortable, that’s where he does best. And, you know, it’s been hard on [Artem] and it’s been hard on me, too, not to have my man in my bed.” 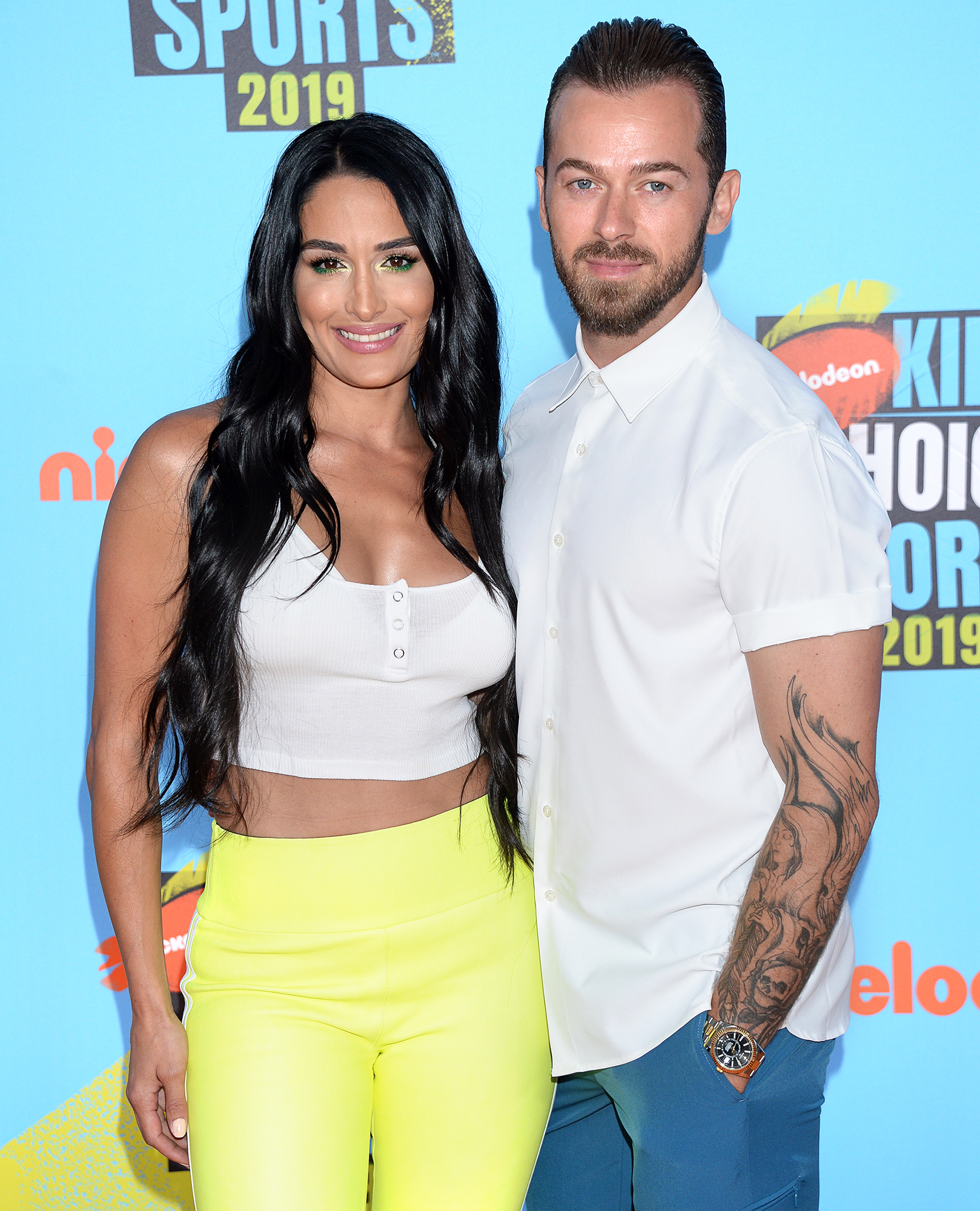 Nikki admitted that the distance sometimes proved to be difficult for the couple, who got engaged in November 2019, but said they’ve been making up for lost time with “some sexy FaceTimes.” When Brie, also 37, pressed for more details about how the duo are adjusting, Nikki was optimistic.

“We’re actually in a good spot. We were doing a little rocky for a bit,” the two-time WWE Divas champion said, noting that she wants Chigvintsev to make an appearance on the podcast soon to hash things out. “[We] had to get back into therapy. You know, distance is really hard. … Now we’re stronger than ever.”

The Incomparable coauthor recognized that for her and the Russia native, being “raised in different countries” had a pretty significant “effect” on how they communicate as a couple.

“When you’re away from each other, there’s different time zones. Myself having Matteo and working long hours, I need Artem to check in in ways of like, ‘How are you? how are you doing? How’s Matteo doing? What can I do?’” Nikki continued. “Sometimes I feel like the other person, mainly the dads, they get into this [space of thinking] they FaceTimed and that’s great, and they get on the phone and that’s where it ends for them. And it’s just hard when the involvement beyond that isn’t there.”

While spending time apart, Nikki felt like she’s had to overcompensate and take on more responsibilities at home.

“I’m doing the whole [family’s] to-do lists, Matteo’s to-do lists, the house we’re building’s to-do list,” she added. “All the to-do lists are going in my head so that just causes a little bit of tension in a relationship. … We’re doing great! It’s always innocent things that the other person doesn’t realize so you communicate with them, [but] sometimes you want them to guess [what’s wrong].”

The duo competed together on season 25 of Dancing With the Stars in 2017, while Nikki was engaged to John Cena. The wrestlers called it quits one month before their planned May 2018 wedding. She began dating Chigvintsev in January 2019, one year before announcing their engagement and Nikki’s pregnancy.

Perfect Partners! A Guide to All the ‘DWTS’ Pros and Their Spouses

Since becoming parents, Nikki has been open about how her relationship with the ballroom dancer has changed, frequently discussing their home life on her podcast. However, the Strictly Come Dancing alum isn’t always pleased to hear intimate personal details being shared.

“A lot of stuff I say makes headlines, and [he got upset when] it was something about our sex life,” Nikki exclusive told Us Weekly in October. “And I remember he showed me [a story] and he goes, ‘Really? I mean, you have to talk about all that?’ I’m like, ‘Yeah, good thing. Like, I put you over [the top].’ And he goes, ‘That doesn’t matter.’ … He gets really embarrassed with all that.”