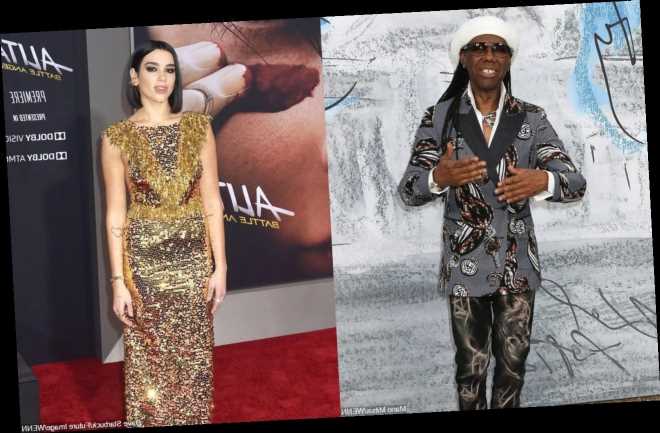 The Chic musician would love to hit the studio with the ‘Don’t Start Now’ hitmaker again although she previously turned down his contributions on ‘Future Nostalgia’.

Despite the “Don’t Start Now” hitmaker turning down the music legend’s contributions on her latest album, “Future Nostalgia”, the “Le Freak” hitmaker says his door is always open for a collaboration with the pop megastar.

He told British newspaper The Sun, “That’s up to her. We got along great, we really liked each other.”

Although the pair spent time in the studio together in 2019, Dua decided she wanted to make the arrangements for her LP more futuristic instead of retro disco.

She explained at the time, “I think I just needed a bit more of a future element in terms of production. The production we did together was amazing, but took it into beautiful disco and Chic. It needed to be more current.”

Dua recently broke online live-stream records with her Studio 2054 virtual concert, which pulled in over five million viewers, including over 1.9 million unique log-ins from China, 95,000 from India and over 263,200 tickets sold on regular ticketing platforms. The total is said to be a record for a paid live-stream, according to Variety.

Dua Lipa also receives multiple nominations at the upcoming 2021 Grammy Awards. Her album is up for Album of the Year and Best Pop Vocal Album while her single “Don’t Start Now” is nominated for Record of the Year, Song of the Year, and Best Pop Solo Performance.