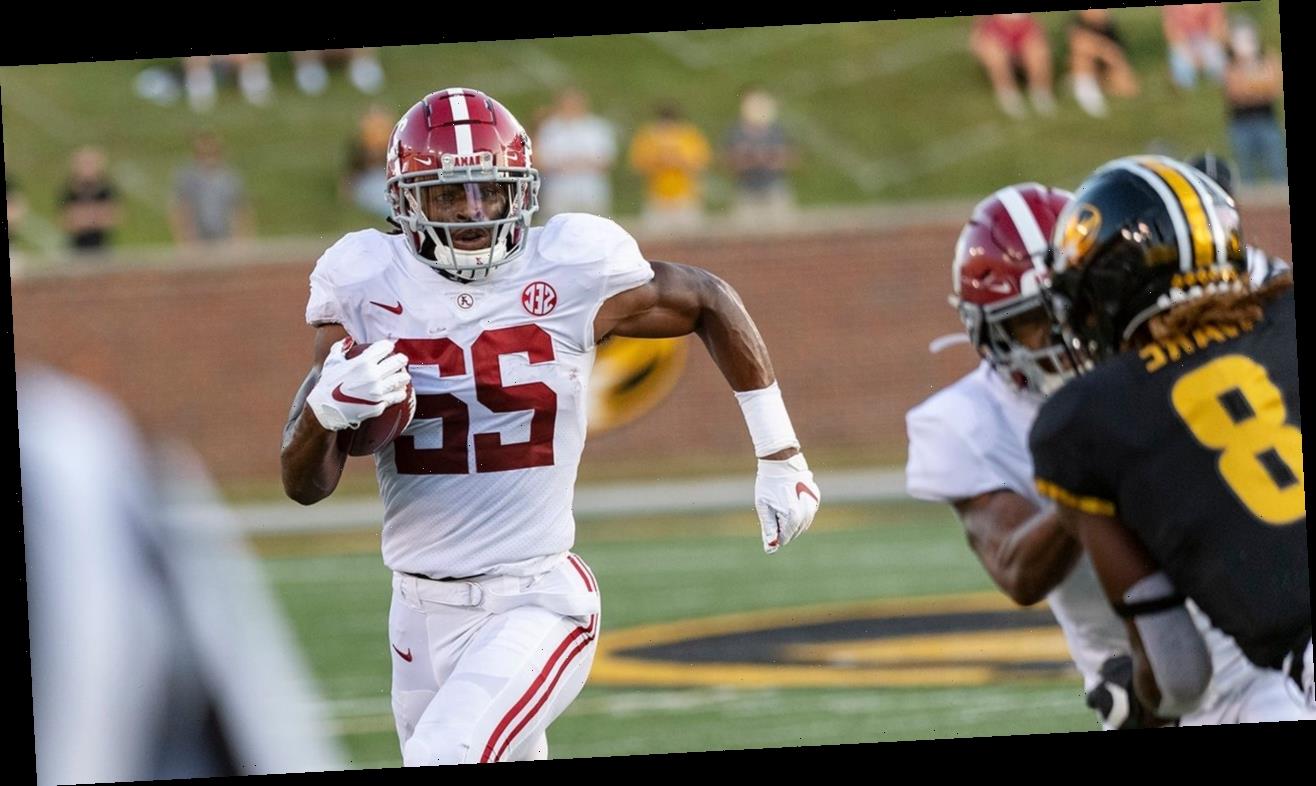 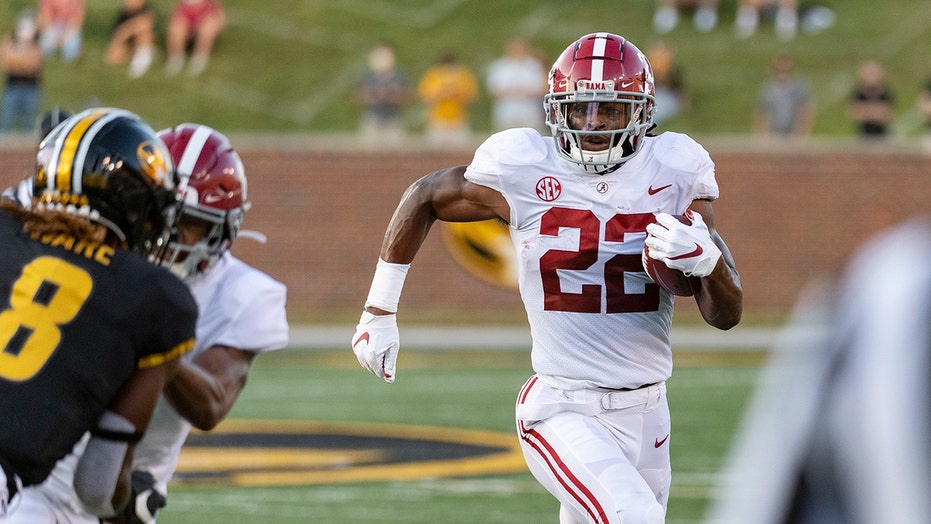 Yet despite an offseason largely scrapped by the coronavirus pandemic, and a delayed start to the season, Saban's second-ranked Crimson Tide looked just fine as they began their SEC-only schedule on Saturday night.

Mac Jones threw for 249 yards and two scores in less than three quarters of work, and Jaylen Waddle and Najee Harris had dynamic performances on offense, helping Alabama roll to a 38-19 victory over the rebuilding Tigers.

Oh, there are areas to improve. The Crimson Tide had a few too many penalties, a few too many breakdowns on defense and they allowed Missouri to finally get its up-tempo offense going against their backups in the fourth quarter.

They still looked every bit a national title contender, though.

Waddle finished with eight catches for 134 yards and two touchdowns, and Harris ran for 98 yards and three more scores, helping the Crimson Tide spoil the debut of new Tigers coach Eli Drinkwitz and win their 27th straight over the SEC East before a COVID-19-curtailed crowd of 11,738 fans at Faurot Field.

TCU transfer Shawn Robinson, who started for the Tigers over Connor Bazelak, threw for 185 yards and a score. Bazelak also got a few series and was equally ineffective against Dylan Moses, Patrick Surtain II and the rest of the Crimson Tide defense, which kept Drinkwitz's creative offense out of the end zone until midway through the fourth quarter.

Bazelak added a touchdown scamper on the final play of the game for the final margin.

“I saw a lot of fight. I really did,” Drinkwitz said. “I thought those guys answered the bell. I don't think it was an issue of not being good enough at all. I thought our guys fought.”

Alabama's long wait to start the season actually began with a thud — a three-and-out on offense. But after forcing a three-and-out of their own, Jones began to find his wide receivers downfield and the Crimson Tide got rolling.

At one point, the only question was who was going to score their touchdowns.

Harris had the first on a short plunge and Waddle hauled in 18-yarder for the second a few minutes later. Waddle looked like had another on the Tide's ensuing possession, but a review ruled that he hit the pylon before crossing the goal line and Harris wound up poaching the touchdown for his second of the game.

Waddle eventually got his second, too, when he hauled in a spectacular 23-yard grab in double coverage that sent Alabama into the locker room with a 28-3 lead. In fact, the only slip-up to that point for the Tide came at the end of that play, when Waddle's cleats slipped on the asphalt through the end zone and he landed on his rear.

“Waddle is a great player. He gets open — that's his job — and he does a great job doing it,” Jones said. “We've had a great relationship going back to summer, 7-on-7s, getting that chemistry with him, all the late nights at the indoor. He’s going to get open and do his job. He makes plays.”

Harris added his third touchdown on a twisting 8-yard run early in the second half, allowing Saban to see what freshman quarterback Bryce Young and the rest of their backups could do. They moved the ball in fits and starts, but it was Missouri that finished the game on a high note with a touchdown on the final play.

“We played very well the first half but the second half we need to finish,” said Moses, a Butkus Award finalist two years ago who missed all of last season to an injury. “But it's our first game. We just need to improve.”

Alabama won its fifth straight against Missouri and has now won 92 straight against unranked foes. Just about all their stars got into the act, too. DeVonta Smith added eight catches for 89 yards, Moses spent most of the night in the Tigers' backfield and Surtain jumped on a fumble to keep things rolling at the start of the second half.

Missouri was overmatched but showed plenty of fight, and Drinkwitz can certainly build on that fact. It hardly helped his cause that the former Appalachian State coach had such a pandemic-altered offseason to install his system, and the kinks were particularly evident when Alabama was pulling away in the first half.

The Crimson Tide play their home opener next Saturday against Texas A&M. Missouri heads to Tennessee.

GBBO: an ode to Noel Fielding in the Bake Off's first Japanese week