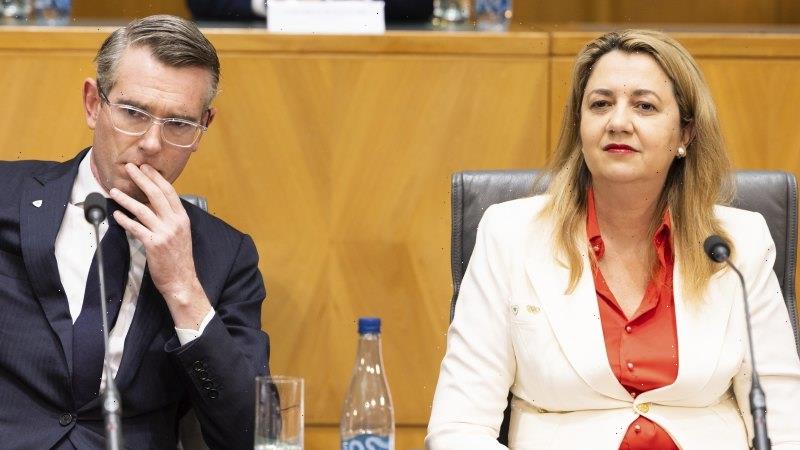 Households will have to wait until July for the federal government’s energy reforms to cascade through to retail electricity prices in a timetable that assumes a national cabinet deal this Friday to guide regulators on new prices next year.

In another step toward a deal, the federal government spelt out its offer of a “responsible time-limited contribution” in Commonwealth cash for states that would lose revenue from tougher rules on the price and supply of coal and gas. 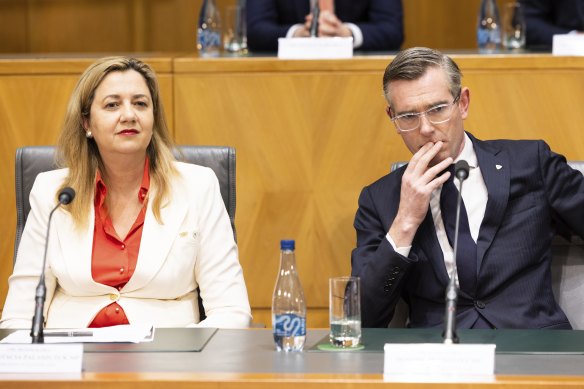 Queensland Premier Annastacia Palaszczuk and NSW Premier Dominic Perrottet are being told to put the national interest ahead of their windfall fossil fuel royalties.Credit:Alex Ellinghausen

But the impact will take months to flow through to retail prices because the Australian Energy Regulator will only take the agreement into account when it drafts a new “default market offer” early next year so it can take effect from July.

Prime Minister Anthony Albanese scheduled the online national cabinet meeting for Friday after he came down with COVID-19 on Monday, leading him to cancel a face-to-face meeting with state and territory leaders due to be held on Wednesday.

Albanese said he was “very confident” of an outcome on Friday and said there was “zero” delay to any practical impact.

“The default market offer that will occur is expected to be in February, so what we’re looking at is trying to act before Christmas, which is what we said we would do,” he said.

The default market offer is set by the Australian Energy Regulator over several months from February and defines the maximum price retailers can charge customers on standing offer contracts, with the changes taking effect in July.

Grattan Institute energy program director Tony Wood said business customers would gain an earlier benefit if they negotiated contracts on coal and gas, but he cautioned that households could not expect electricity prices to fall.

“What they’ll do on Friday is not going to bring prices down – what it’s going to do is stop the prices going up as much as forecast in the federal budget,” he said.

With Queensland coal royalties surging to $5.5 billion this financial year and NSW coal royalties rising to $3.6 billion, the energy export states are sticking to their demands for compensation from Canberra if the new measures reduce state revenue.

Prime Minister Anthony Albanese agreed that some states were making windfall gains from higher prices for coal as well as gas but he urged them to back the “common interest” in the national plan.

Treasurer Jim Chalmers went further late on Tuesday by saying the federal budget could help support the states as long as the payments were only temporary, seeing this as a better option than a tax on energy exporters.

“We don’t want to go down the path of a tax outcome. We would prefer not to mess with our international contracts if we can avoid it, so that means the focus is on regulation,” he told the ABC.

“If that requires some kind of sensible, responsible time-limited contribution from the Commonwealth budget, of course, we would contemplate that.

Wood said the states had a “weak argument” on compensation because they wanted their taxpayers to benefit from lower power bills but did not want to relinquish their windfall gains.

“This is a windfall gain caused by the terrible pain that has been imposed in Ukraine. For them to suggest ‘you’re taking away my fair return’ is absolute rubbish.”

The federal plan seeks to modify an existing code of conduct with gas exporters to impose tougher rules that are backed by federal regulation to require more gas be directed from the spot market to domestic customers, although this is not expected to reduce the delivery of gas to Japan, South Korea, China and other customers under long-term contracts.

On coal, the government wants to curb high prices for local coal-fired power stations but is negotiating with the states over whether this should be done by state edict or federal controls that give rise to compensation for states such as Queensland and NSW.

Energy Minister Chris Bowen described the looming plan as a “necessary, carefully-designed, short-term and temporary” intervention in the market to deal with high prices but said the long-term solution was to use more renewable energy.

“This crisis is caused by coal and gas prices – anybody who says it is caused by renewables is lying,” Bowen said.

“Renewables are the solution to this crisis, not the cause, and the government is not deviating for one moment from our agenda of 82 per cent renewables in the grid by 2030 and a whole lot of other measures to get there.”

Queensland Premier Annastacia Palaszczuk has ruled out a deal that leaves the people of her state worse off, while NSW Premier Dominic Perrottet has also called for compensation for any controls on coal prices and NSW Energy Minister Matt Kean has called for more detail.

“Whether it’s a virtual meeting or in person, we need to see the detail of their plan to solve this national problem and to see their modelling about how we keep our prices down. We haven’t seen anything yet,” Kean told Radio National on Tuesday morning.