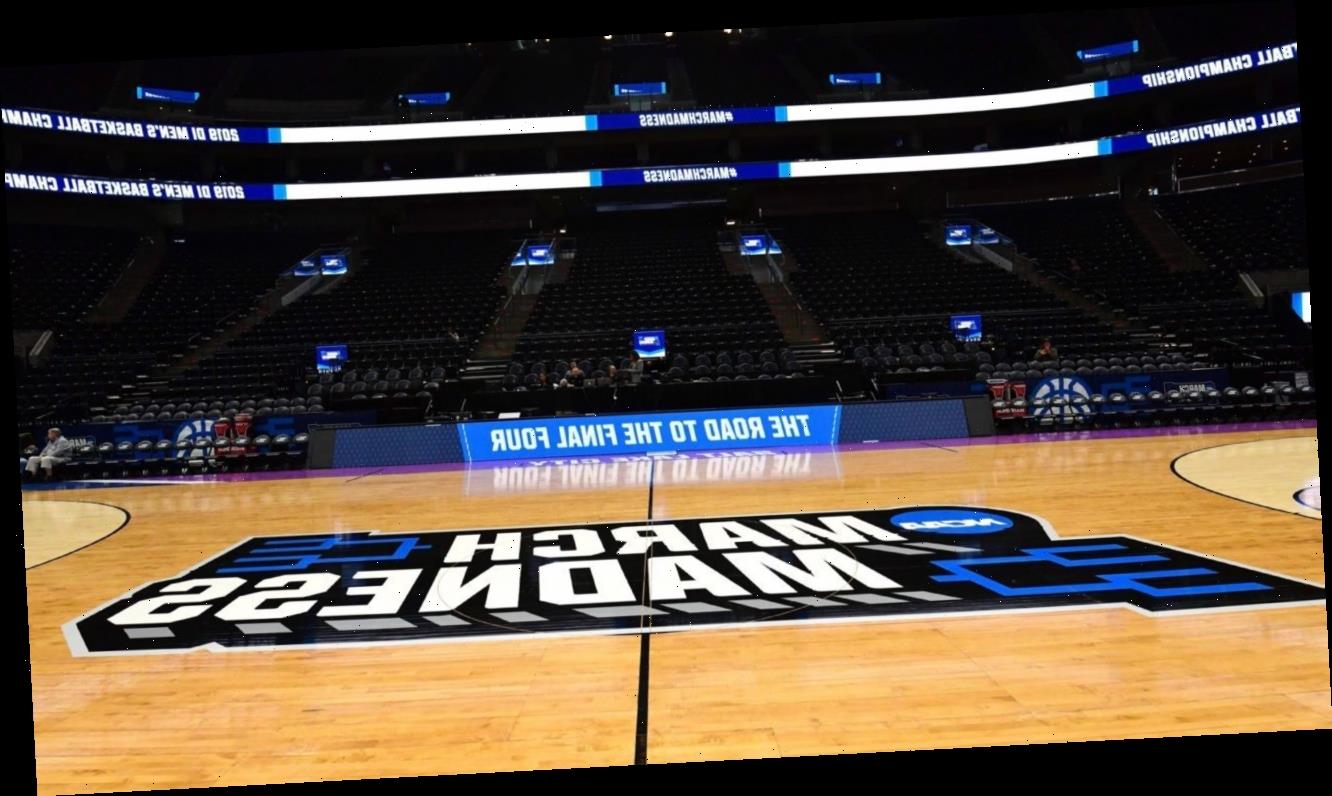 For the first time, NCAA tournament games will be held in states with legal sports betting markets.

Regional sites are slated for Indiana and New York, two of a growing number of states with legal sportsbooks. Sixteen states will be in the bookmaking business when the NCAA tournament tips off next week, but don’t expect to see point spreads and odds or sports betting advertised during broadcasts.

The NCAA remains opposed to all forms of sports betting and does not believe relaxing some long-held policies on gambling is in the best interest of student-athletes. The NCAA, however, does recognize that the sports betting landscape in the U.S. is evolving rapidly.

This week, legal sportsbooks are opening in Illinois and Michigan, and by the end of the year, 20 states — representing approximately 36% of the U.S. population — could have regulated betting markets.

The American sports betting industry is moving predominantly online and attracting billions of dollars of bets annually. A large chunk of it will be on the NCAA tournament, the most-heavily-bet sporting event in the country. Including office bracket pools. the American Gaming Association estimated $8.5 billion was wagered on last year’s NCAA tournament.

Despite the mainstream acceptance of sports betting, some stakeholders remain uncomfortable with wagering on collegiate sports. States such as Illinois, New Jersey and New York prohibit sportsbooks from accepting bets on games involving in-state schools, while Indiana, Pennsylvania and Nevada allow it.

“The NCAA has longstanding rules prohibiting student-athletes and university administrators from wagering on sports or providing information to others who are associated with sports wagering,” Stacey Osburn, NCAA director of communications, told ESPN in an email.

While remaining opposed, the NCAA has taken steps designed to protect student-athletes and the integrity of the competitions in today’s environment.

“As part of its ongoing efforts to protect the integrity of competitions, the NCAA monitors sports wagering both domestically and in the global betting market. This includes pregame and in-game monitoring of regular and postseason competition, enhanced monitoring of officials and periodic risk assessments of all competition,” Osburn said.

Las Vegas has hosted conference tournaments since the late 1990s without any reported sports betting scandals.

“It wasn’t that long ago when people said, ‘Hey, would a sports team make it in Vegas?'” Scott Butera, president of Interactive Gaming at MGM Resorts International, told ESPN. “And you look at the [Vegas] Knights and the [Las Vegas] Raiders, and these repeat tournaments we have, the answer is a resounding ‘yes.'”

This year, nine men’s college basketball conference tournaments are taking place in states with legal betting markets, five outside of Nevada. The Big Ten tournament tips off Wednesday at Bankers Life Fieldhouse, a five-minute walk from the nearest sportsbook and a seven-minute cab ride from NCAA headquarters in Indianapolis.

Proximity to a sportsbook isn’t a major concern, though, since most bets are placed on mobile devices and computers these days. Indiana is one of nine states that currently offers full-scale online sports betting.

Butera recently oversaw the launch of the company’s new sports betting app BetMGM and is prepping to open one of the first legal sportsbooks in Michigan this week at MGM Grand Detroit. Michigan will be the 16th state with legal sportsbooks since the U.S. Supreme Court in May 2018 struck down the Professional and Amateur Sports Protection Act of 1992 (PASPA), a federal statute that had restricted regulated sports betting to primarily Nevada.

“I actually believe customer demand and customer consumption of sports led as much to the repeal of PASPA as anything else,” Butera told ESPN. “It was really driven by people saying that this was something that they wanted to do, and leagues and legislatures getting more comfortable with it all at the same time.”