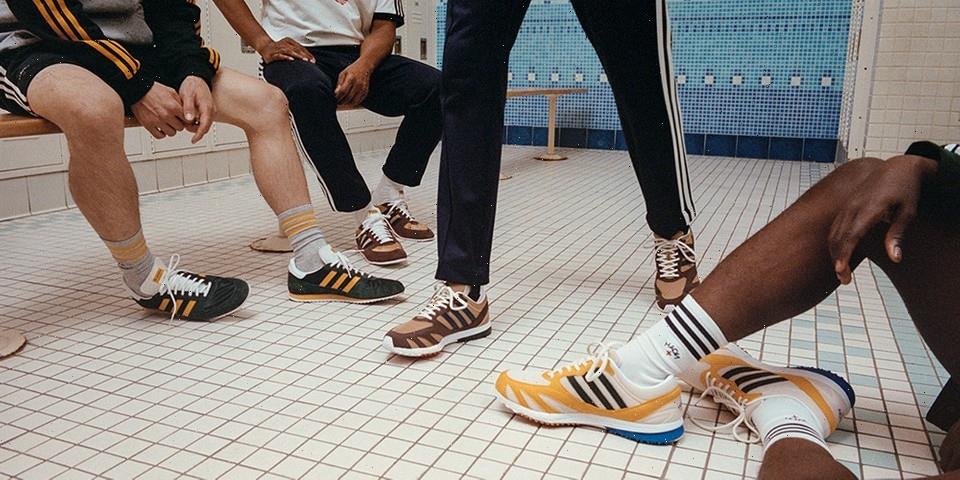 Noah has continued its ongoing adidas collaboration, linking up with the label for a running-inspired capsule collection of footwear, apparel and accessories. The influence comes from Noah co-founder Brendon Babenzien, for whom running is a personal passion.

The running influence is clear in the capsule’s footwear, which includes two brand new silhouettes. The first silhouette — dubbed the Noah Lab Race — is a new take on a highly-functional silhouette, and features a mesh upper with suede accents and comes in either a tonal brown colorway or one with a white base and yellow and green accenting.

The brown colorway continues onto the Noah Vintage Runner, which sports an upper based on a vintage track spike silhouette from the 1980s. As well as the brown design, this silhouette also arrives in a green and yellow colorway.

Alongside the footwear, Noah and adidas Originals’ have also prepared a selection of apparel including a gray turtleneck, green corduroy tracksuit and a navy V-neck. The apparel is finished with more references to the collection’s running influence, including a T-shirt and hoodie as well as a new take on the Beckenbauer track pant. The collection’s accessories include a three pack of Noah socks and a navy beanie.

The full collection is due to launch on November 18, and will be available from the Noah web store.

As well as working with Noah, adidas Originals has also recently reunited with Wales Bonner for another collaboration.
Source: Read Full Article