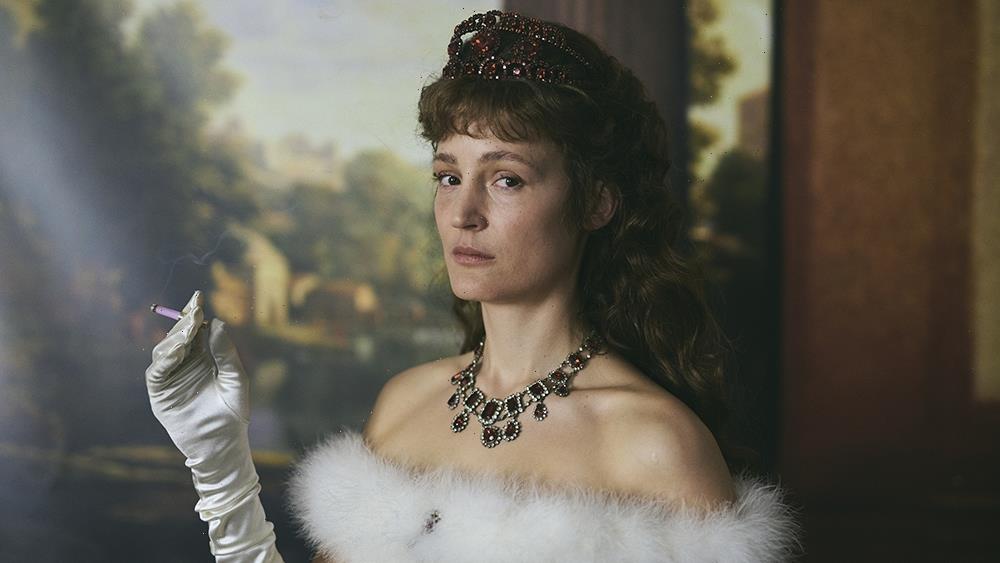 Often, when embarking on the recent Variety tradition that is this feature — designed to highlight some of the year’s best yet least-Oscar-likely performances — one particular turn will emerge as the poster child. A performance that, for many reasons, really ought to have a shot at Oscar but, being in a language other than English, has little chance. This year, that slot goes to Vicky Krieps who, in Marie Kreutzer’s “Corsage,” does not so much play Empress Elisabeth of Austria (a role previously defined by Romy Schneider in the saccharine “Sissi” trilogy) as entirely reimagine and reclaim her.

Rather like with Mads Mikkelsen in Thomas Vinterberg’s “Another Round,” Krieps has the kind of stateside profile that will help “Corsage” stay in the conversation for the best international feature film Oscar shortlist. But the odds of her getting an individual best actress nod remain far slimmer — a shame, given that this is the Luxembourgian actress’ most bewitchingly eccentric, Kriepsian performance since, and possibly including, her U.S. breakout in “Phantom Thread.”

Speaking of bewitching — or indeed bewitched — is Guslagie Malanda in Alice Diop’s courtroom drama “Saint Omer.” The Venice Silver Lion-winning film is France’s inspired Oscar submission, and coalesces around Malanda’s riveting performance, delivered almost entirely from within a witness box. Here, though, the tensile strength of her turn as a young Senegalese Frenchwoman accused of murdering her baby is enhanced by its symbiotic link to Kayjie Kagame’s quietly watchful courtroom observer. Diop’s film is a masterpiece of economy that subtly revolutionizes the trial-drama format by creating a fascinating yin-yang balance between two eerily intense intelligences.

As the object of a more lustful, obsessive gaze, Chinese actress Tang Wei (“Lust, Caution”) does astonishing work in Park Chan-wook’s immaculately constructed neo-noir “Decision to Leave,” giving her unknowable femme fatale much more subversive agency than the genre usually allows for. And staying in Korea, Park Ji-min’s performance — amazingly, her film debut — in Davy Chou’s “Return to Seoul” (which, through the vagaries of the international Oscar category, is Cambodia’s entry), is just as striking, as a young French adoptee trying on different identities for size in the land of her birth. Also finding herself, though in a far more introverted register, Yukino Kishii is quietly tremendous as a deaf amateur boxer whose beloved gym is closing in Japanese director Shô Miyake’s delicate “Small Slow but Steady.”

We can’t leave the Asian region entirely without mentioning Song Kang-ho, now essentially an international superstar after “Parasite,” who added a Cannes best actor prize to his groaning mantelpiece for his role as another appealingly rumpled proto-patriarch, in Hirokazu Kore-eda’s “Broker.” The Cannes jury, however, could and maybe should have given that award jointly to Luca Marinelli and Alessandro Borghi for their beautifully interconnected roles in Felix Van Groeningen and Charlotte Vandermeersch’s Jury Prize-winning portrait of a lifelong male friendship set in the Italian Alps, “The Eight Mountains.” And you can be sure that before the film took the Grand Prix instead, Eden Dambrine and Gustav de Waele, the juvenile stars of Lukas Dhont’s utterly devastating “Close,” were also part of that debate, with Dambrine especially having to carry the whole weight of that wrenching film on his young shoulders.

Dambrine’s was among the highest-profile young-actor breakouts of the year, but it seems 2022 was unusually blessed in that regard. Catherine Clinch makes a solid bid to become the next Saoirse Ronan with her lovely, pensive turn in Colm Bairéad’s Irish-language charmer “The Quiet Girl.” Carla Quílez is both vibrantly street-smart and heartbreakingly vulnerable as a 14-year-old mother in Pilar Palomero’s San Sebastián standout “La Maternal.” The sibling-like survivalist bond at the core of the Dardennes’ “Tori and Lokita” is rendered convincingly by non-professionals Pablo Schils and Mbundu Joely. Mara Bugarin makes a deeply engrossing screen debut as a schoolgirl exploring first love and pop music in the shadow of the Ceausescu regime in Alexandru Belc’s drama “Metronom.” Charlotte Le Bon’s directorial debut “Falcon Lake” is another sly take on the well-trafficked coming-of-age genre, given surprising texture by a multifaceted turn from Joseph Engel as the teen reacting to his first crush with a beguiling mixture of pubescent awkwardness and curiously self-possessed wit. And as a juvenile ensemble, it’s hard to fault the foursome, led by Birgir Dagur Bjarkason and Áskell Einar Pálmason, who make Guðmundur Arnar Guðmundsson’s “Beautiful Beings” such a shattering snapshot of bullied, brutal but also tender and vibrant boyhood.

It was somewhat surprising that Iceland selected Guðmundsson’s film as its Oscar entry over Hlynur Pálmason’s Un Certain Regard player “Godland,” a critical favorite. But it may have been the cannier choice, given the forbidding length and themes of Pálmason’s 19th-century epic, which nonetheless fields a terrific Elliott Crosset Hove (also great in a very different supporting turn in Katrine Brock’s excellent debut, “The Great Silence”) in one of the year’s most demandingly ambivalent roles, as a conflicted Danish priest going slowly mad on a cross-Iceland trek.

It’s a physical journey almost as arduous as the emotional terrain covered by Locarno-winning Serbian actor Goran Marković in Juraj Lerotić’s semi-autobiographical “Safe Place,” Croatia’s Oscar entry. Marković’s shattering performance as a man whose suicide attempt throws his family into disarray is complemented by the director’s own turn as his brother. It calls to mind another extraordinary pair of performances in another under-the-radar Balkan Oscar hopeful that deals in brotherhood. For Gentian Koçi’s soulful “A Cup of Coffee and New Shoes On,” which is Albania’s submission, identical twins Edgar and Rafael Morais learned sign language to prepare for their movingly synergistic portrayal, based on a true story of deaf twins facing a devastating diagnosis.

Indeed, this year featured so many borderline-indivisible two-handers that it makes sense for the British Independent Film Awards to announce a new category: best joint lead performance. If other international awards bodies followed suit, Taki Mumladze and Mariam Khundadze, playing gradually thawing odd-couple roommates, would surely contend for Georgian director Ioseb “Soso” Bliadze’s wonderfully warm tale of tentative liberation, “A Room of My Own” (the actresses won jointly in Karlovy Vary). And an outstanding Aïcha Tebbae and Abdellah El Hajjouji would also be under consideration for their highly eccentric yet totally believable mother-son bond in Fyzal Boulifa’s defiantly offbeat Tangier-set melodrama “The Damned Don’t Cry.”

Motherhood was a recurring refrain in some of the strongest Francophone films of the year. Annabelle Lengronne’s crackling energy as the Ivorian mother of two boys in Leonor Seraille’s “Mother and Son” is so intoxicating, it’s hard not to miss it when the film shifts focus onto her children later on. And two well-known French actresses, Virginie Efira and Léa Seydoux find beautifully humane ways to further explore different facets of the eternal maternal in Rebecca Zlotwoski’s “Other People’s Children” and Mia Hansen-Løve’s “One Fine Morning,” respectively.

Not to be outdone by Efira, with whom he co-stars in Alice Winocour’s 2022 title “Paris Memories,” Benoît Magimel gives a startlingly mercurial performance as a shifty white-suited diplomat prowling around Tahiti, alongside an eye-catching supporting turn from trans actor Pahoa Mahagafanau, in Albert Serra’s languorous but hypnotic “Pacifiction.” It’s perhaps the first time we’ve really seen longtime leading man Magimel lean into a character-actor-style performance, but that’s been a tightrope walked for years by Argentinian star Ricardo Darin, who again submerges himself into his part as the real-life prosecutor reluctantly made responsible for a national self-reckoning in Santiago Mitre’s rousingly classical courtroom drama “Argentina 1985.”

But while Darin, and so many others on this already highly selective and pretty arbitrary list, could be said to “disappear into their roles,” far fewer performances in any given year provide the opportunity for an actor’s personality and image to fuse with and reshape the character completely. Having opened this piece with one such instance — Krieps in “Corsage” — it’s appropriate that we close with another, coincidentally, also from an Austrian film. In Ulrich Seidl’s “Rimini,” Michael Thomas tears into and transcends the role of the alternately drolly charismatic and utterly repellent Richie Bravo, a washed-up club singer living on the fumes of his long-faded glory days while the world around him changes relentlessly. It’s the kind of lightning strike that occurs maybe once in any actor’s lifetime, and only a couple of times in any given year overall. And it’s a stunning reminder of all the incredibly rich, brave, raw, unforgettable performances that all too often exist just beyond the horizon of the Academy’s field of vision.