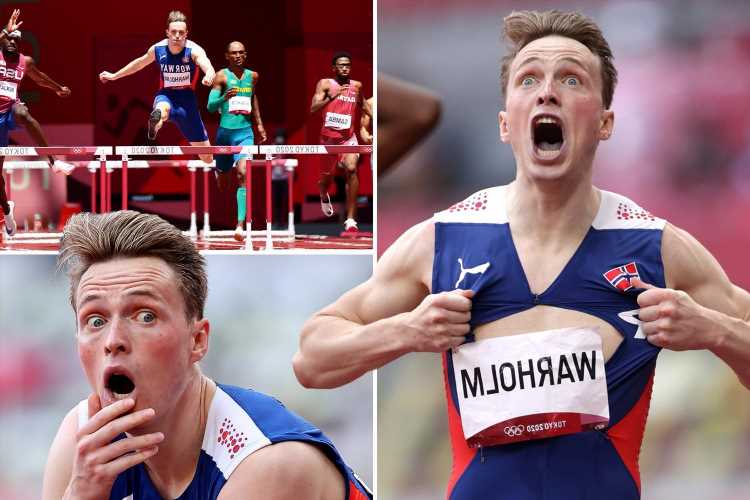 NORWAY sprinter Karsten Warholm tore his shirt like Superman after winning Olympic gold in a startling 400 metre hurdles race where both he AND American Rye Benjamin broke the world record. 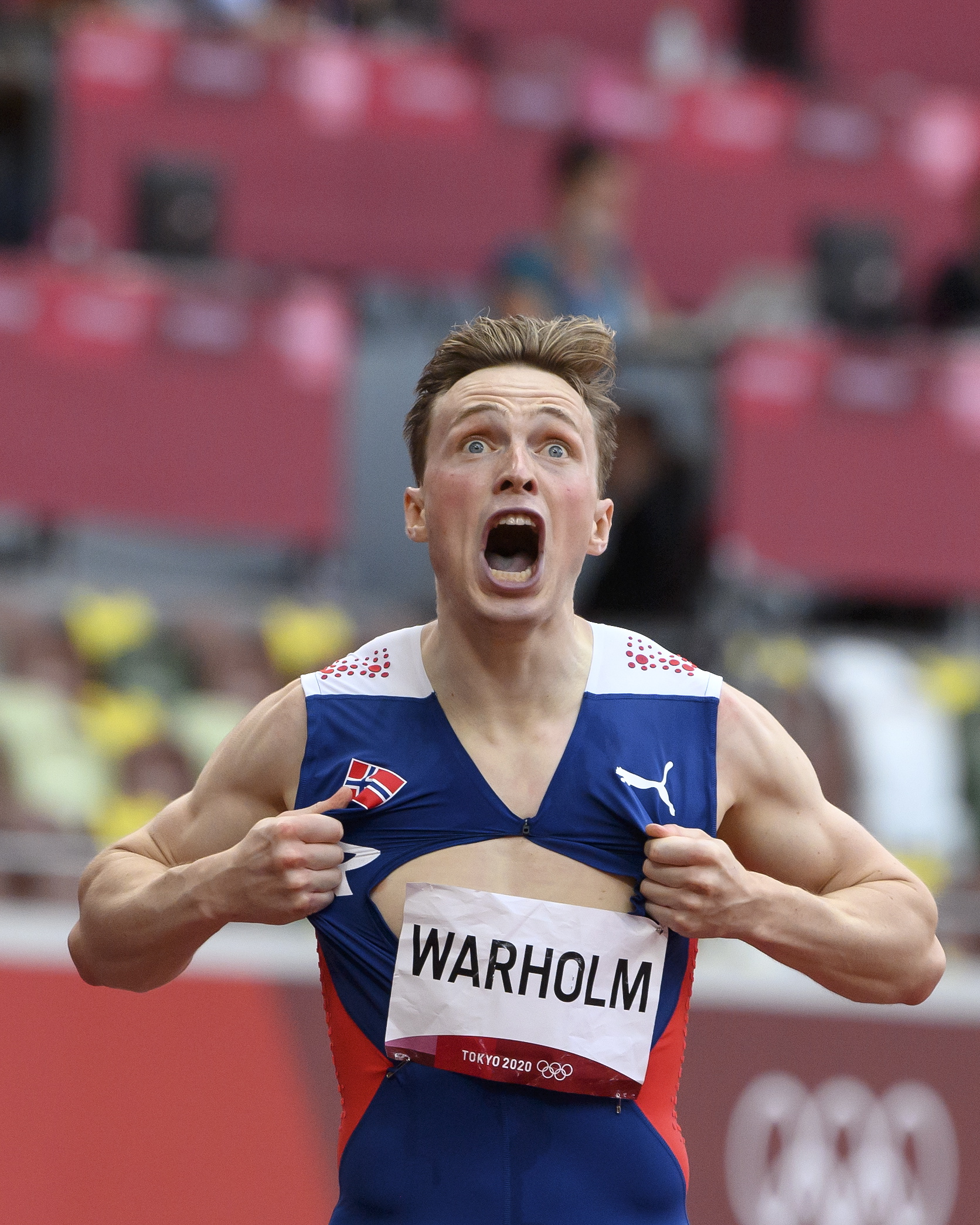 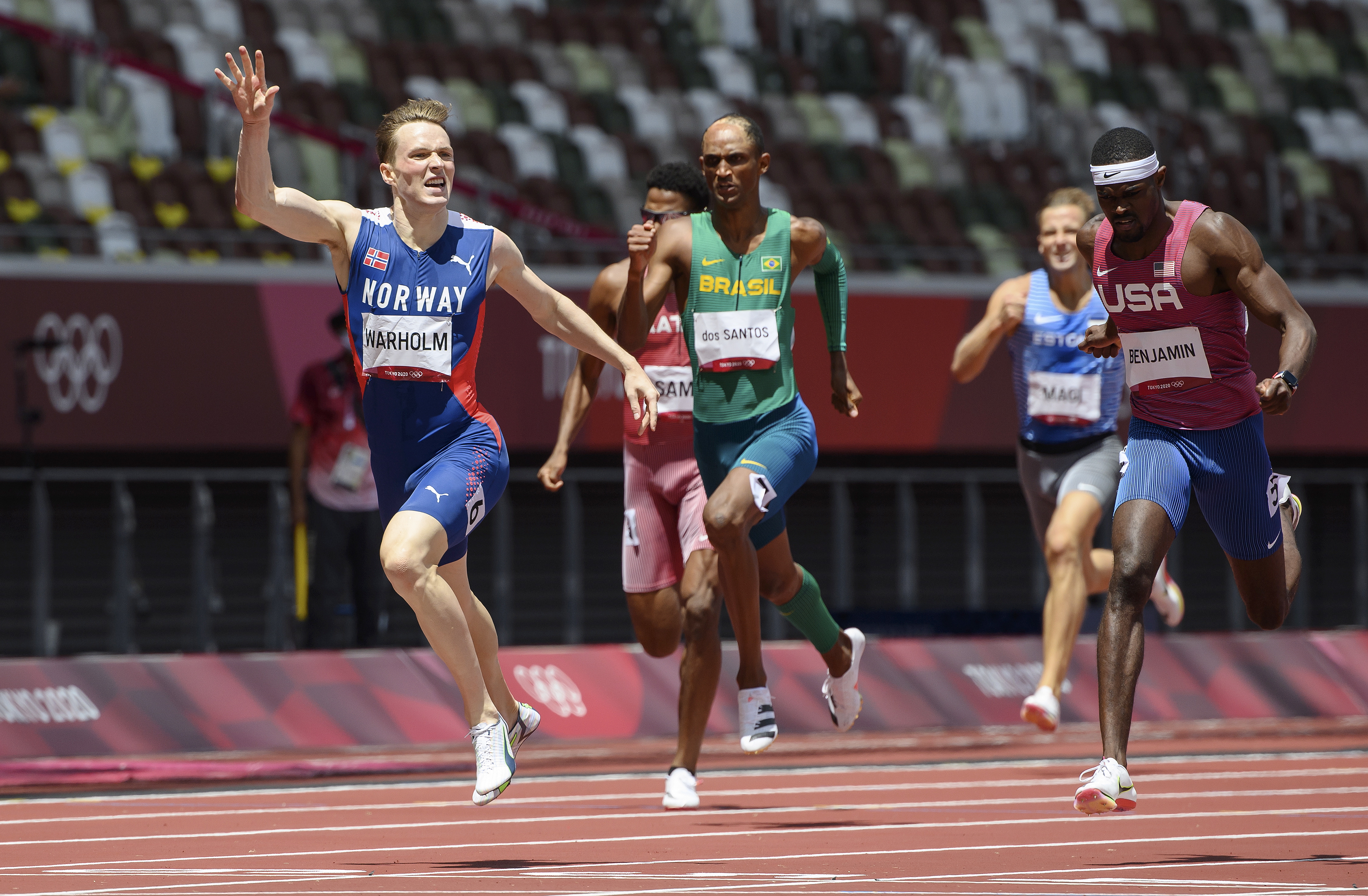 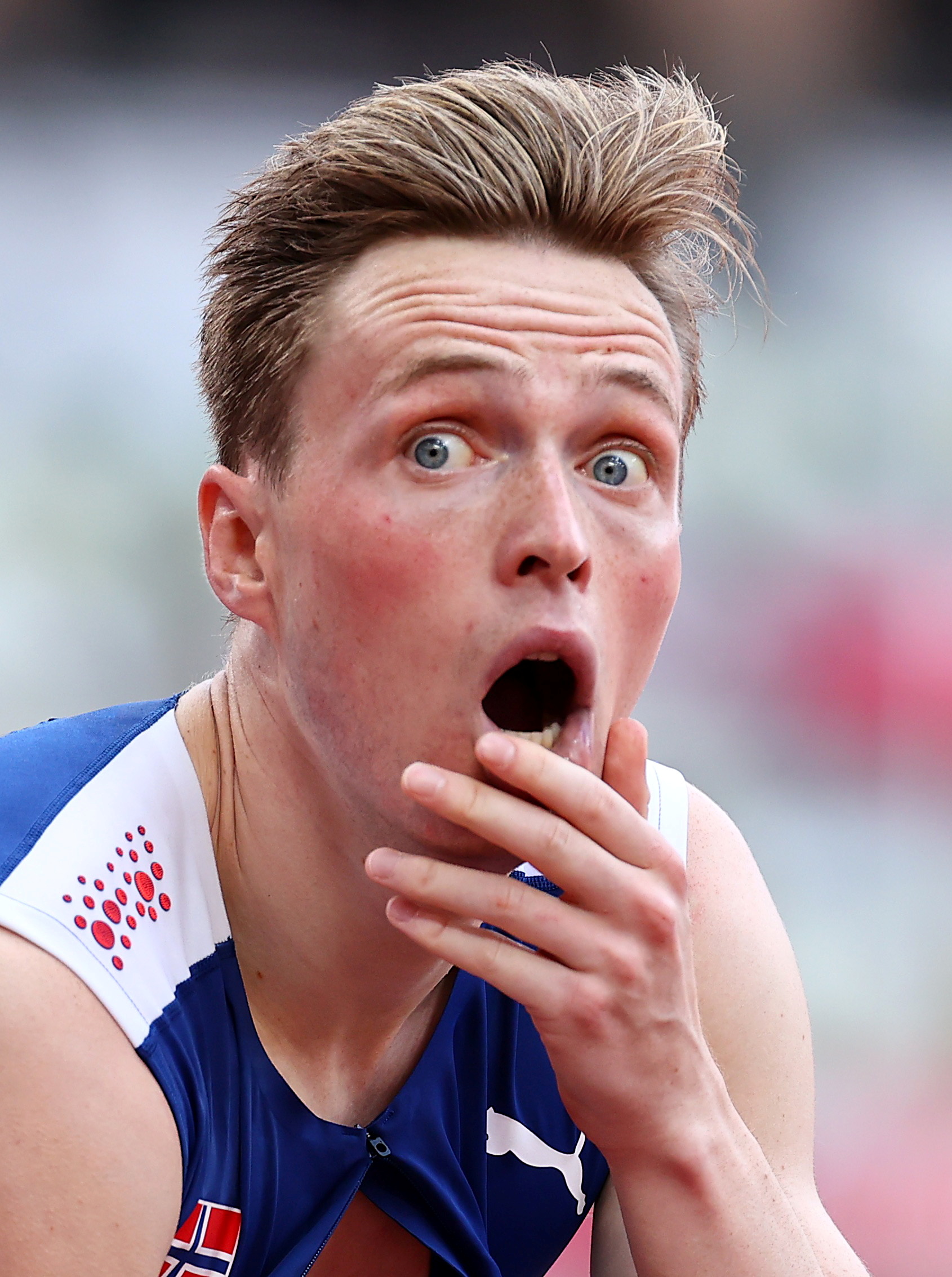 He was pushed all the way by silver medallist Benjamin, who also ran well under the previous world record as he crossed the line in 46.17.

In the immediate aftermath, commentator Colin Jackson could not believe what he had witnessed.

He said: "When they came off the ninth hurdle going into the tenth hurdle I did take a glance at the clock and I could see they were still way into the 30s there and I was thinking 'boy, this is something special'.

"But I was not expecting that outrageous performance of 45.94.

"This is one of the most outstanding world records and I'm pretty sure that world record will outlive me."

And fellow commentator Steve Cram added: "Every now and then there is a re-writing of history. And it isn't just about winning medals as Colin said.

"You have just seen one of the most memorable and outstanding athletic performances ever. From both men but particularly that man [Warholm]. Well done Karsten Warholm."

Warholm also seemed as shocked as everyone else about the time during his post-race interview.

The stunned Norwegian said: "You know that cliche 'it hasn't sunk in', I don't think it has. But at the same time I feel ecstatic.

"It's just a great moment. And I can't believe the time, it's so fast! The craziest thing is that life told me 45 [seconds] could be possible if you just hit the sweet spot and do everything perfectly.

"A lot of times I've been asked about the perfect race, I said it didn't exist, but this is the closest thing I've ever come.

"I can't explain how important this is to me. This is my life and what I do morning and night, I don't have anything else." 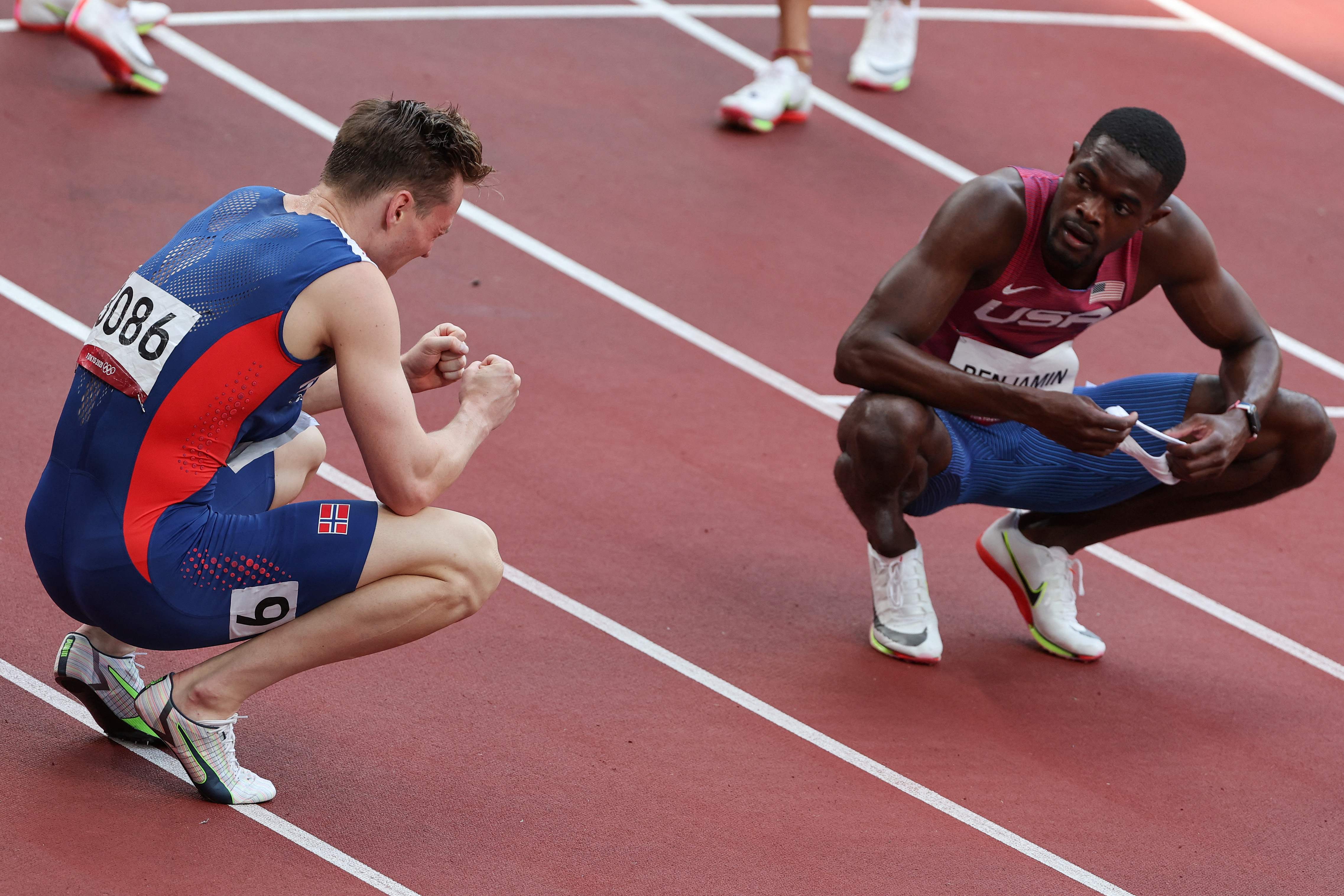 🥇 TOKYO OLYMPICS LIVE: All the latest from the Games with our live blog