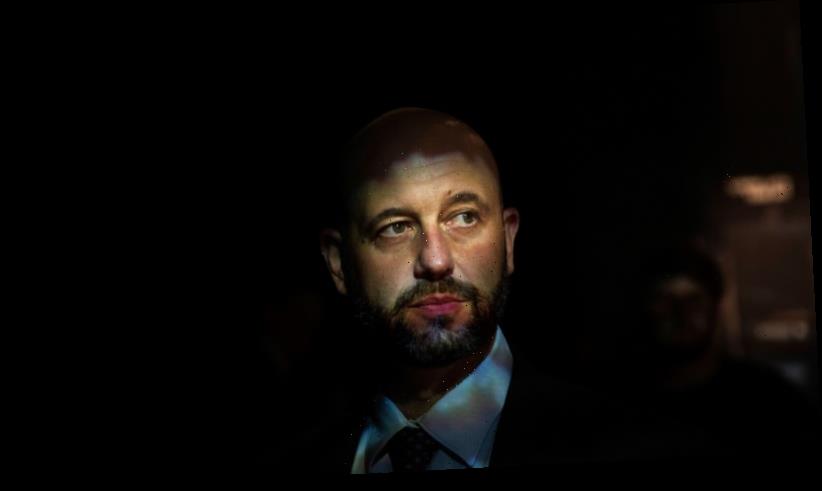 The Sydney Morning Herald approached 31 of the NRL club chief executives and chairmen to take part in an anonymous poll covering all the big issues in the sport. In the first of a two-part series, 20 of the game's most influential figures answer its burning questions on the eve of the season.

Todd Greenberg has been here before. A few years back he took on then ARLC chairman John Grant and won.

Or perhaps it's more accurate to suggest Grant took on Greenberg and lost. However one thing is distinctly different this time around – and that is that Grant never had the support of the clubs. Peter V'landys does. 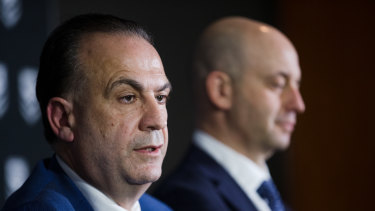 Peter V’landys and Todd Greenberg aren’t seeing eye to eye at the moment as discussion around the future leadership of the game heats up.Credit:Edwina Pickles

The new ARLC chairman also has a far greater backing from his directors, who until his appointment at the end of last year never wielded such authority over the running of the game.

Now, nothing gets by without their tick of approval.

It's why Greenberg's contract extension, which was meant to be signed off by now, hasn't been rubber stamped.

It's why you can guarantee that when the commission gathers next week, Greenberg's future will be high on the agenda.

Whoever leaked the delay in the deal to the media has given the commission reason to reconsider, and now some clubs smell blood in the water and have chosen the eve of the season to strike.

The Herald contacted all 31 club chairmen and chief executives last week, with 20 agreeing to take part in an anonymous poll that applied the spotlight on the game's biggest and most sensitive issues.

None more sensitive than the future leadership of the game, with only half of the club powerbrokers indicating they have faith in the NRL chief executive to continue in the role.

Results of the Herald's 25-question poll – which will be published in a two-part series – will do little to ease tension at head office as the game braces itself to choose sides in a power struggle between Greenberg and V'landys.

The question was put to the club bosses how they rated their faith in Greenberg to continue as NRL CEO. On a scale of one (no faith) to five (complete faith) – the game's heavy hitters voted.

Those who didn't know how they felt, 28 per cent of them to be exact, voted three.

"I'm not either way," one club boss said. "If you're going to get rid of him, by all means get rid of him, but you need to make sure you find a better bloke to do the job. And right now, from what I'm hearing I don't know if there is one."

That man won't be V'landys. People close to the Racing NSW chief executive have told this column he has no intention of becoming the NRL chief executive or executive chairman – although some are struggling to believe that.

A total of 22 per cent of the CEOs and chairmen polled admitted they had lost faith in Greenberg to continue at the helm of the NRL.

That leaves Greenberg with a 50 per cent approval rate.

The question was also asked about V'landys and how clubs rated his first five months in the chair. One, being poor. Five, being excellent.

There was not a single vote below three. While Greenberg only received one vote of five, 57 per cent of respondents gave V'landys a perfect score. 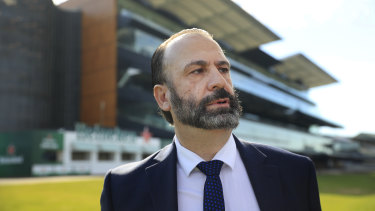 Peter V’landys is also the boss of Racing NSW.Credit:Getty Images

The support behind V'landys is somewhat to be expected. After all, he was originally earmarked by the clubs as one of their self-appointed commissioners before that plan fell over in the never-ending saga that is constitutional reform.

He's also barely half a year into the job, still enjoying the honeymoon period.

"He hasn't had a chance to stuff up yet," one club official said.

But perhaps more relevant than the numbers put forward is the activity that has taken place over the past five days since clubs and NRL officials were told of the Herald's poll.

This column has been told by multiple sources that there has been plenty of lobbying for support.

Greenberg had been in touch with his backers, and that only fuelled concerns from the naysayers who believed there was an attempt to sabotage the voting.

But those who want Greenberg gone have been equally, if not more, active in rallying the troops against him.

When the poll was sent out last Wednesday, several phone calls and text messages between clubs were exchanged to gauge who and how many were taking part, but also questioning the motive behind it.

Both Greenberg and V'landys, who after learning of the poll began to take a particular interest in it, were completely blindsided.

While results of the poll aren't the nail in the coffin Greenberg's detractors were hoping for, it has brought the discussion bubbling to the surface and divided the game's most influential figures.

What is certain is that the loudest voice is coming from the anti-Greenberg camp.

Another endorsement for V'landys is the support behind the captain's challenge, with 65 per cent of polled chairs and CEOs giving it the tick of approval.

The captain's challenge is his baby. And the very manner in which it was introduced – without approval from the competition committee – highlights exactly how he intends to work. What V'landys wants, V'landys gets.

Elsewhere in the poll, 80 per cent of club figures said the ARLC and NRL executive did not do enough to support clubs while 75 per cent agreed the NRL should continue pursuing funding for Sydney suburban grounds.

It's why V'landys has gone against the NRL's original plan to turn its back on suburban grounds to lobby government for more money.

Club CEOs and chairs were also asked what they believed was the biggest issue facing the game. The future broadcast deal, 40 per cent responded. It's why V'landys spent a week in America with NRL chief commercial officer Andrew Abdo, who the chairman has a very high opinion of, meeting with the world’s biggest streaming services at the end of last month.

The new broadcast deal could include an extra team and the poll asked which location should be the NRL's primary target for expansion. Most of them said Brisbane. It's why V'landys has already put a line through Perth.

So what or who else does V'landys intend to put a line through? It doesn't look like we'll have to wait long to find out.

1. How would you rate your faith in Todd Greenberg to continue as NRL chief executive? 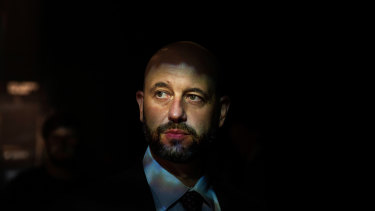 Todd Greenberg is facing questions about his future.Credit:Getty Images

2. How would you rate ARLC chairman Peter V'landys' first six months in the job? 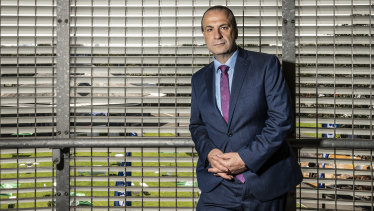 Peter V’landys is making plenty of noise as debate over the future leadership of the NRL begins to heat up.Credit:Tim Bauer

3. What do you believe is the biggest issue facing the game at the moment? 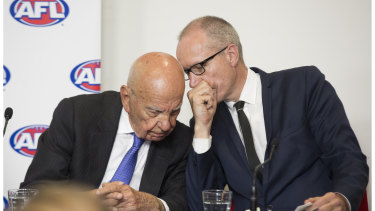 Rupert Murdoch (left) in 2015, after landing a new broadcast rights deal with the AFL.Credit:Simon O’Dwyer

4. Do the ARLC and NRL executive team do enough to support the clubs? 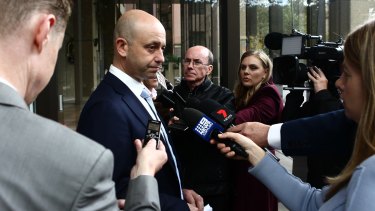 5. How would you rate the NRL’s ‘Simply The Best’ marketing campaign? 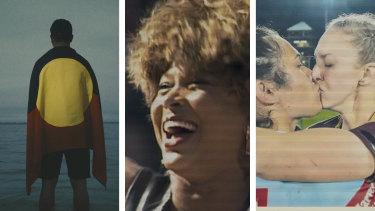 The NRL advertisement for the 2020 season.Credit:NRL

6. Would you like the NRL to take the grand final on the road during stadium construction periods in Sydney? 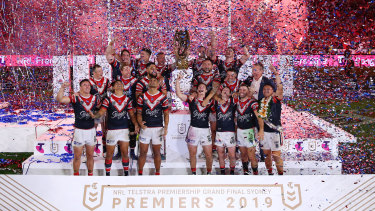 The Sydney Roosters celebrate their 2019 premiership at ANZ Stadium, the last grand final at the venue before it closes for renovations in July.Credit:Getty

7. Should the NRL continue to pursue funding for Sydney suburban grounds? 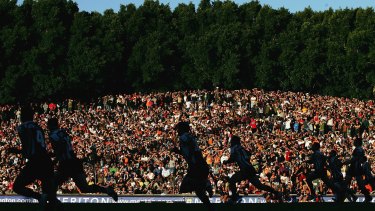 Leichhardt Oval is a sight to see when it’s full.Credit:Fairfax

8. Do you agree with the introduction of the captain's challenge? 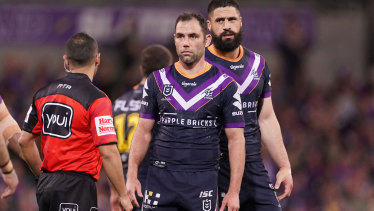 9. Do you believe the NRL should add a new team/teams in the next broadcast cycle?

10. Do you believe there is enough depth in talent to support more than 16 NRL clubs in the next broadcast cycle? 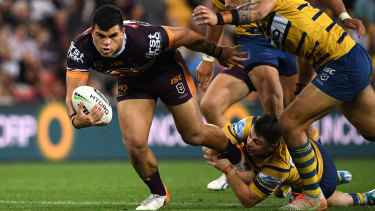 11. Do you believe there are too many NRL clubs in Sydney?

12. If the NRL chooses to expand, would you like to see a current team relocated?

13. If expansion was to occur, which location should be the NRL's primary target? 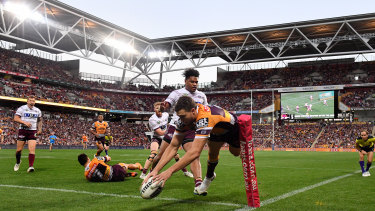 Corey Oates scores at a packed out Suncorp Stadium.Credit:Dave Hunt/AAP