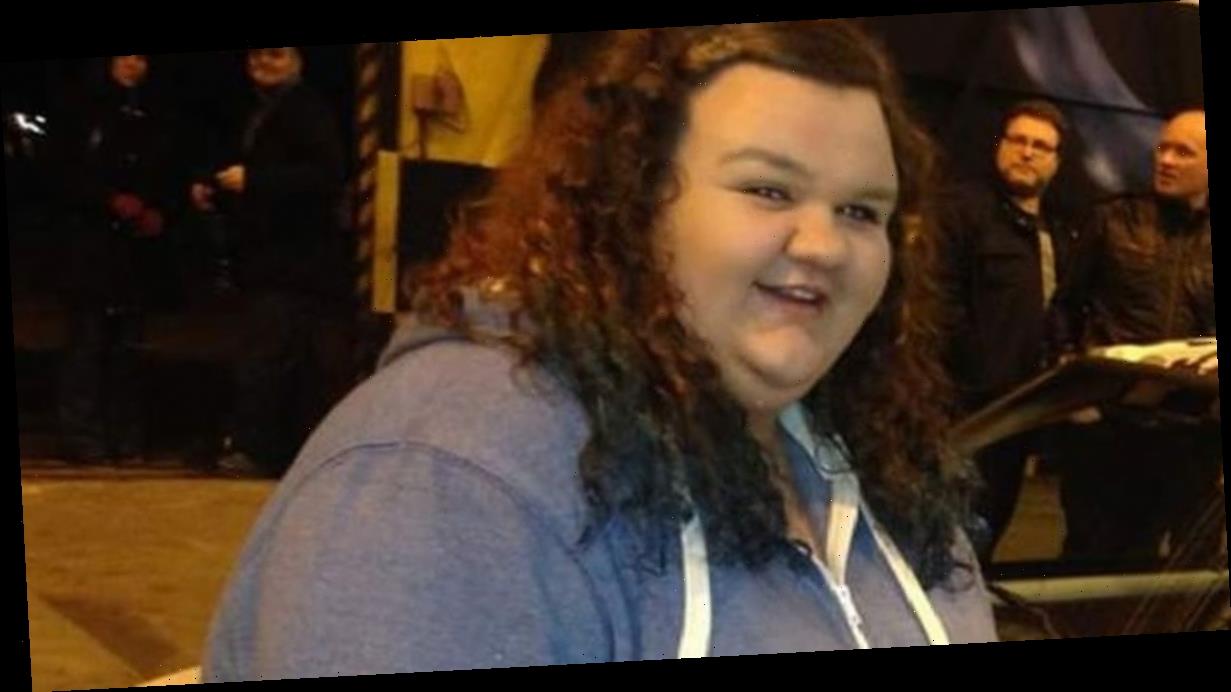 A woman turned away from roller coasters at Disney World and Universal Studios 'because she was too fat' has lost 16 stone.

At her heaviest, nurse Fiona West weighed 32 stone 13lbs and was repeatedly told by doctors she would not live to see the age of 30.

But after years of gorging on McDonald's and Krispy Kreme donuts, it was an embarrassing ordeal on a dream holiday to Florida which forced her to change the habits of a lifetime.

The 25-year-old told the Daily Record : "I have been big since I was a child and I had tried various things over the years to lose weight.

"I had been to dietitians, hospital weight management programmes and had been told by several doctors that I would be in a coffin before I was 30.

"Nothing seemed to click but when I booked to go to the Florida theme parks I thought I should really start to do something about my weight.

"I had been to theme parks like Alton Towers and Thorpe Park before and couldn't get on anything because of my size. I was the bag holder the whole day.

"By the time I went to Florida for the first time in September 2017 I had lost nine stone but I was still too big for some of the rides at Universal.

"I have booked to go back every year since and have used it as my inspiration to keep losing weight.

"When I went in October and was able to fit on every ride I felt like crying with happiness."

She had already shed nine stone by the time she arrived in Florida but staff at the theme parks still would not let her on a couple of rides because of her size.

She had always gorged on junk foods since she was a child and would rarely eat a proper meal. Doctors warned her she was eating too much food.

Fiona, of Coatbridge , Lanarkshire, who works for NHS Lanarkshire's addiction recovery team, has now got down to 16 stone 13 lbs after sticking to a healthy diet and joining a gym.

She has swapped junk food for Slimming World meals including salads and pizzas made from cauliflower.

She also attends regular fitness classes and is hoping to reach her target weight of 13 stone in the near future.

And she is planning her wedding to fiancee Christopher Cochrane after they got engaged last year.

But the ultimate redemption came when she visited Florida for a third time in October last year and was able to use normal seats for the first time.

She added: "I used to say that my metabolism was rubbish and I couldn't lose weight.

"I think it was just an excuse really and the holiday to Florida was just the incentive I needed to do something about it.

"I joined Instagram to get inspiration from people and now people look to me for inspiration.

"I get a lot of support from followers on Instagram who are going through something similar. If I can do it, anyone can do it."