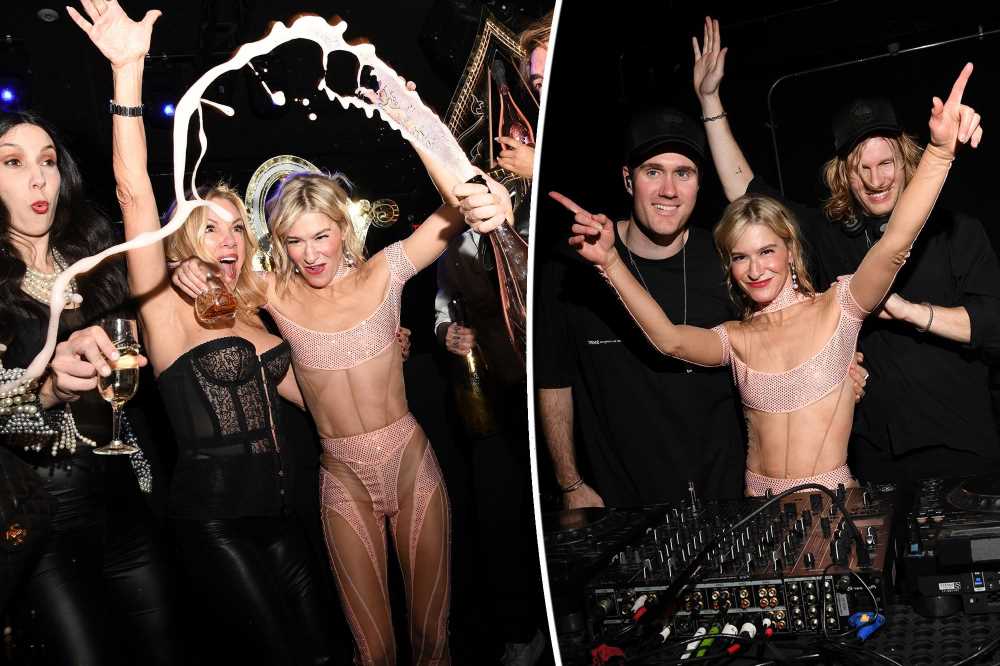 New York society descended on Cipriani’s Musica Club for a dance party on Friday night in honor of the Macklowe Whiskey founder.

Following cocktails and jazz show, plus an aerial burlesque performance, the nearly 600 guests headed to the venue’s night club for a two hour set by electronic duo Bob Moses 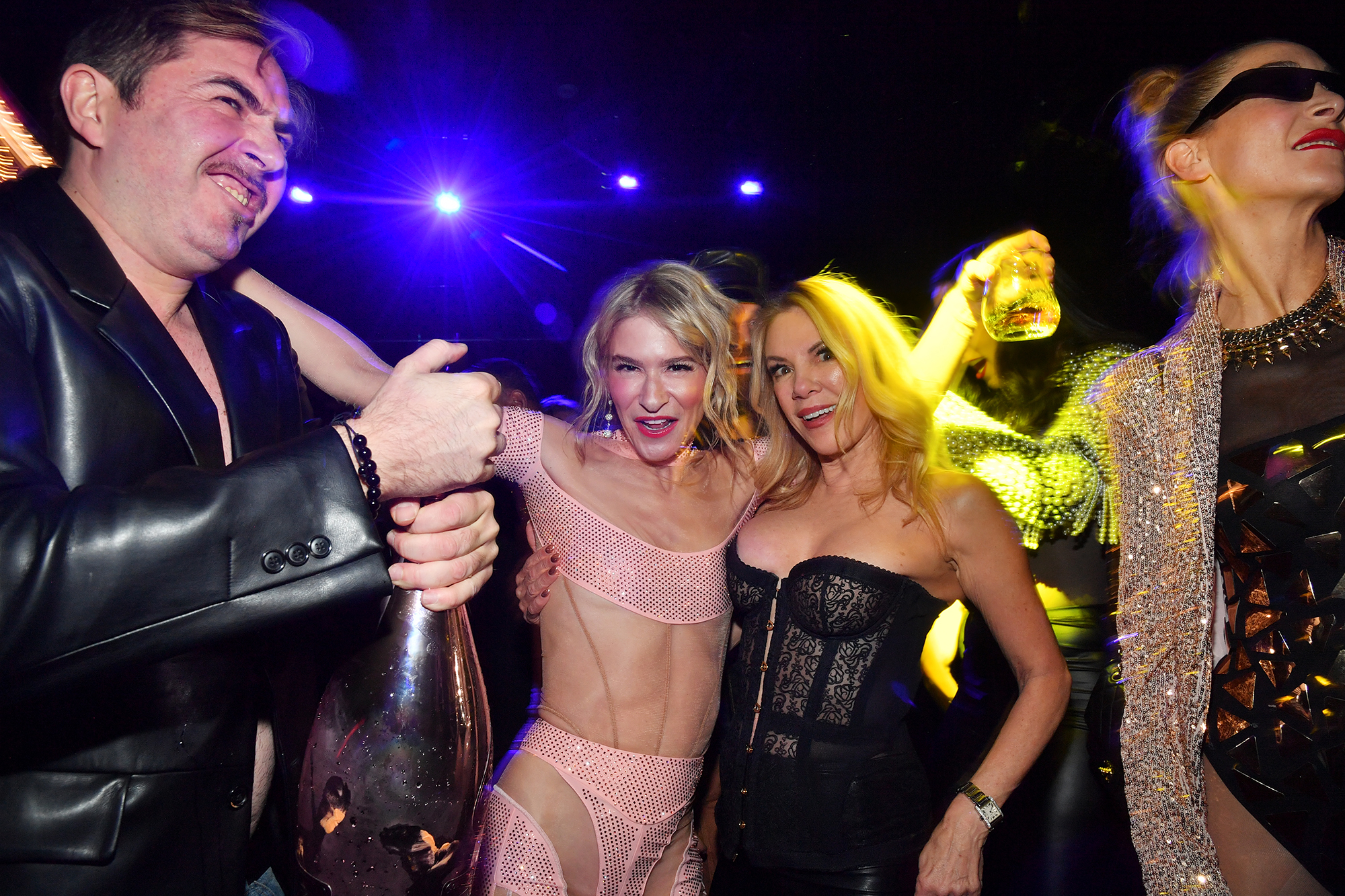 Harry Macklowe, the famed billionaire investor and Julie’s father-in-law, was not in attendance. 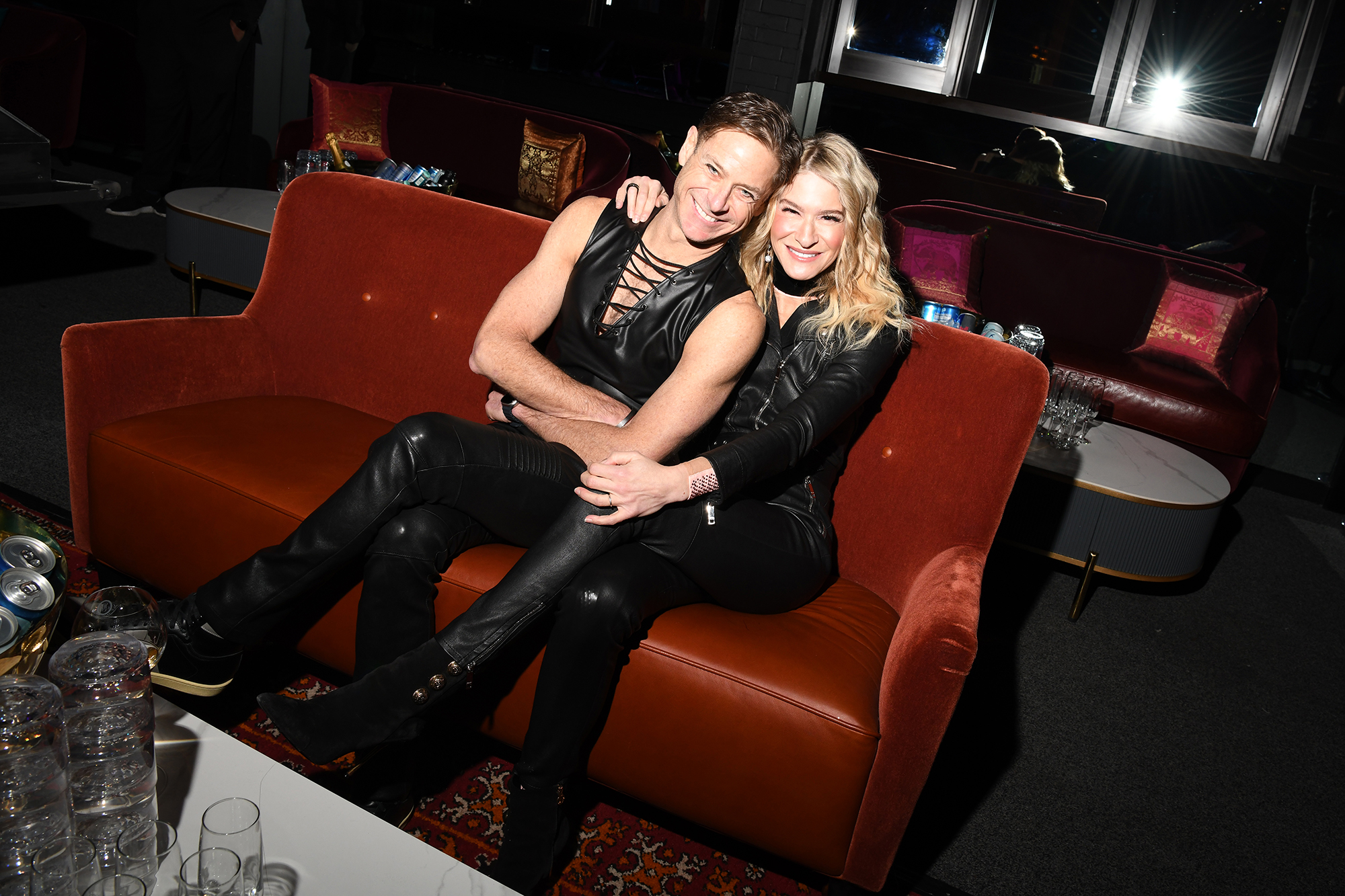 Insiders said nearly 200 bottles of Cristal champagne were served at the bash — which apparently cost into the high six figures — as guests also enjoyed $200-$400 shots of Julie’s Macklowe American Single Malt, which she created in 2019. 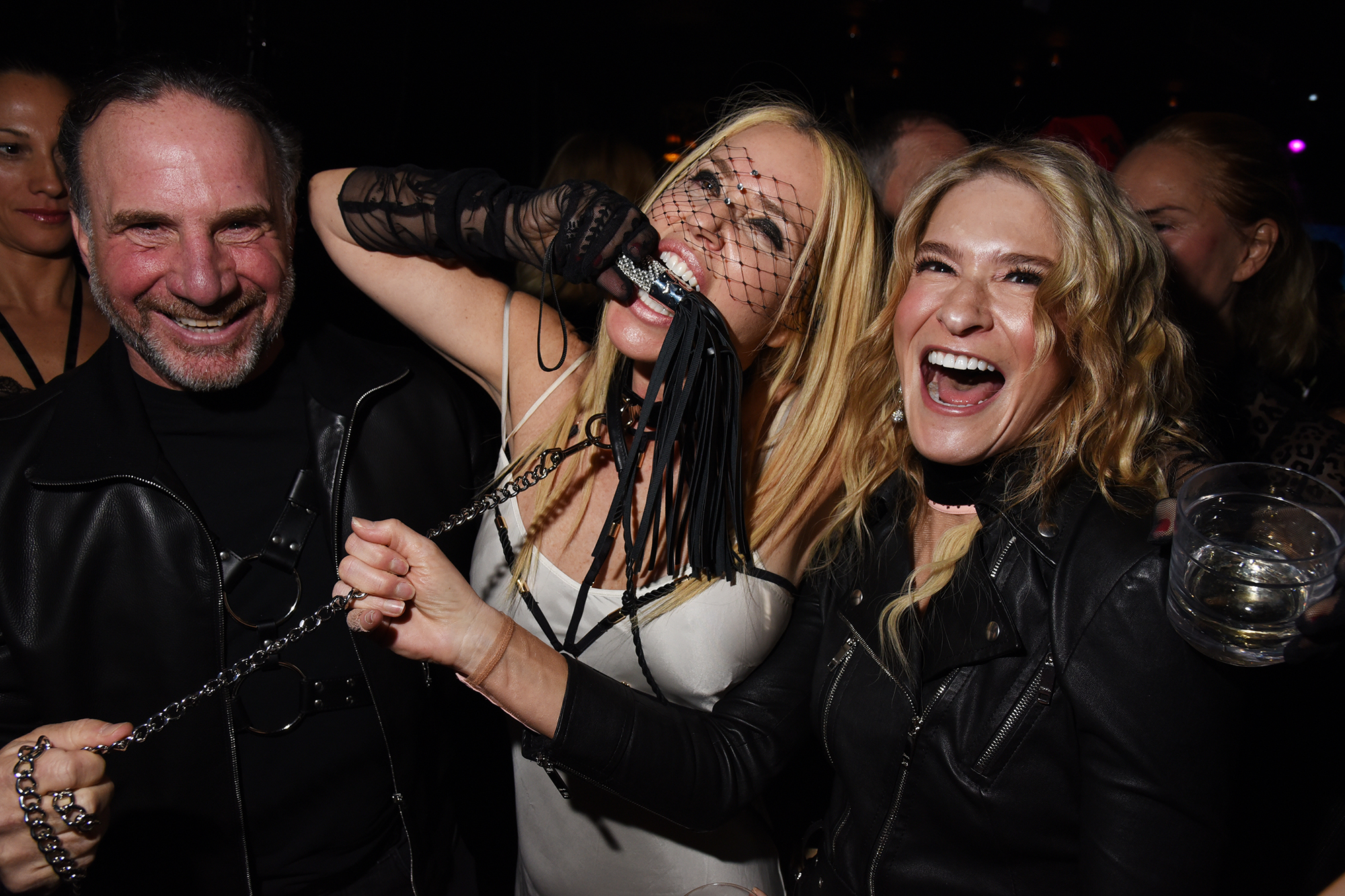 Also there were Ronan Farrow, Christina Cuomo, Fox TV’s Rosanna Scotto and artist Stephanie Hirsch, who was married this past summer and arrived attached by a chain to her husband David Graf.

Former “Real Housewives” Kelly Bensimon and Ramona Singer also showed up, with Singer sporting a revealing low cut black Basque, while Bensimon skipped the theme in a sweater and jacket. 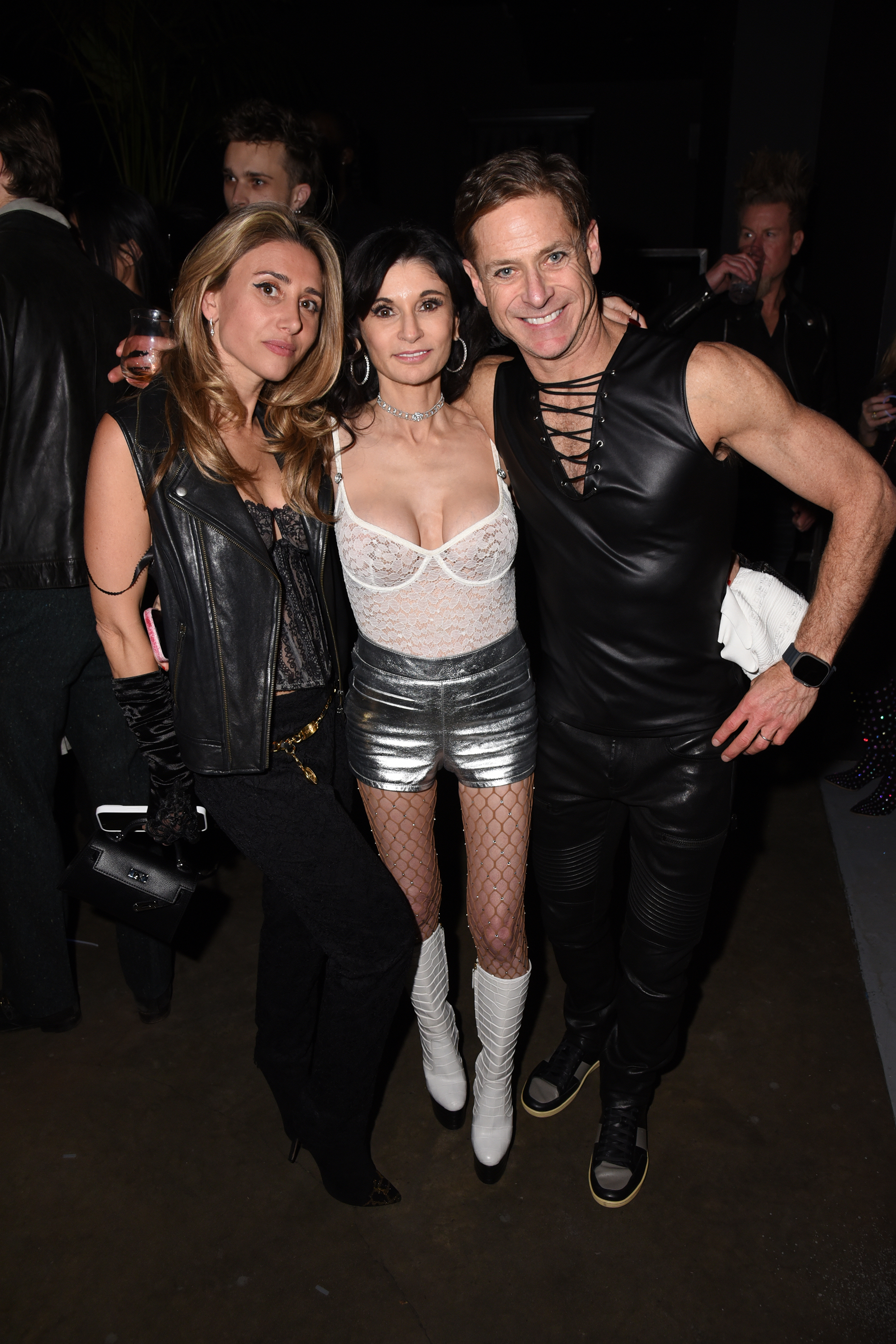 Plus divorcing “My Unorthodox Life” star Julia Haart, the former CEO of high-end lingerie firm Agent Provocateur, showed up in an appropriate white lacy bodysuit and silver hotpants for the dress code. 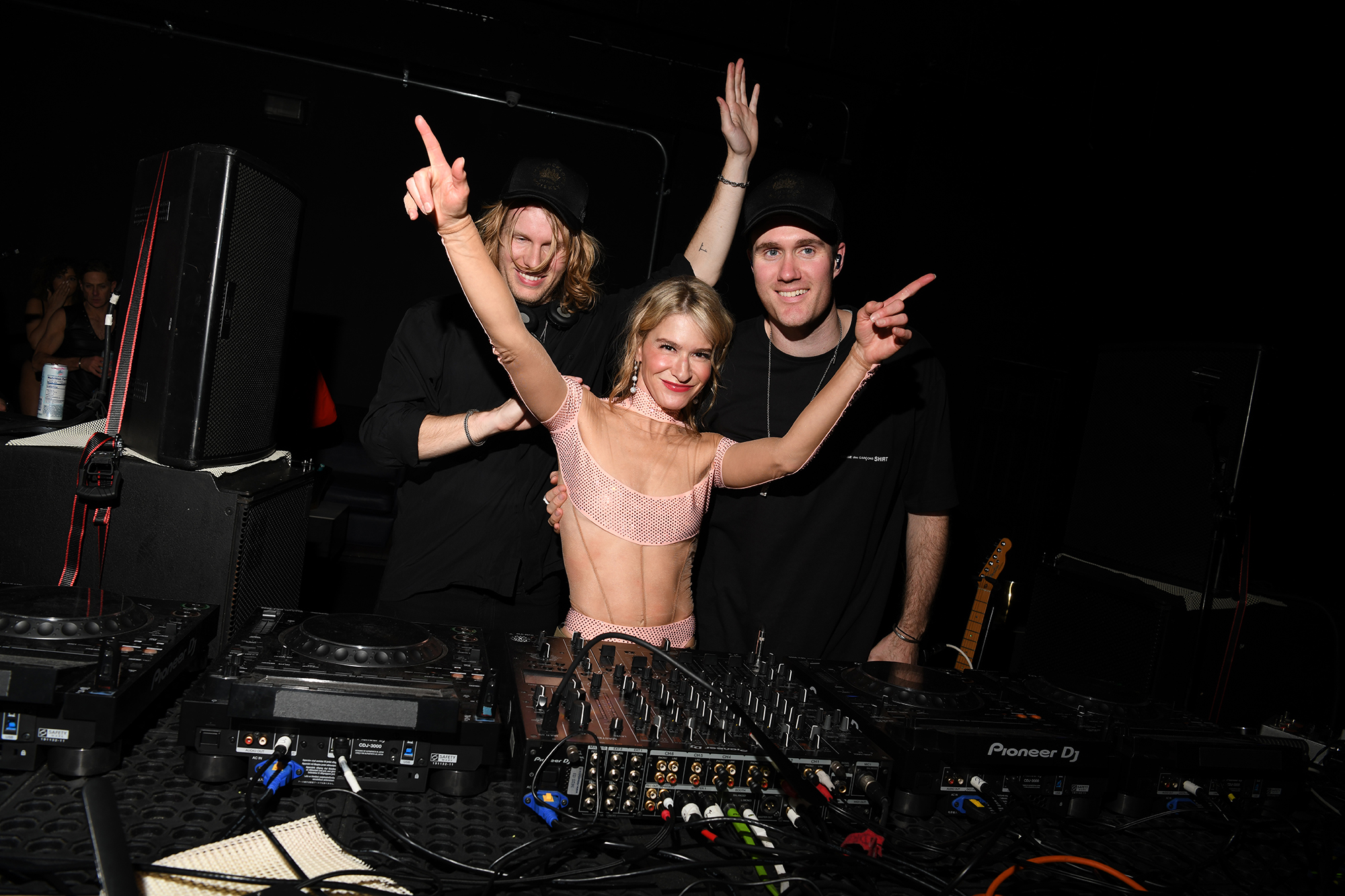 While most prolific party-throwers usually include a photo booth or a selfie spot, Macklowe — the outgoing chairwoman of the Fashion Institute of Technology Couture Council — set up a professional photo shoot for guests with full lighting a fashion shoot-style backdrop. 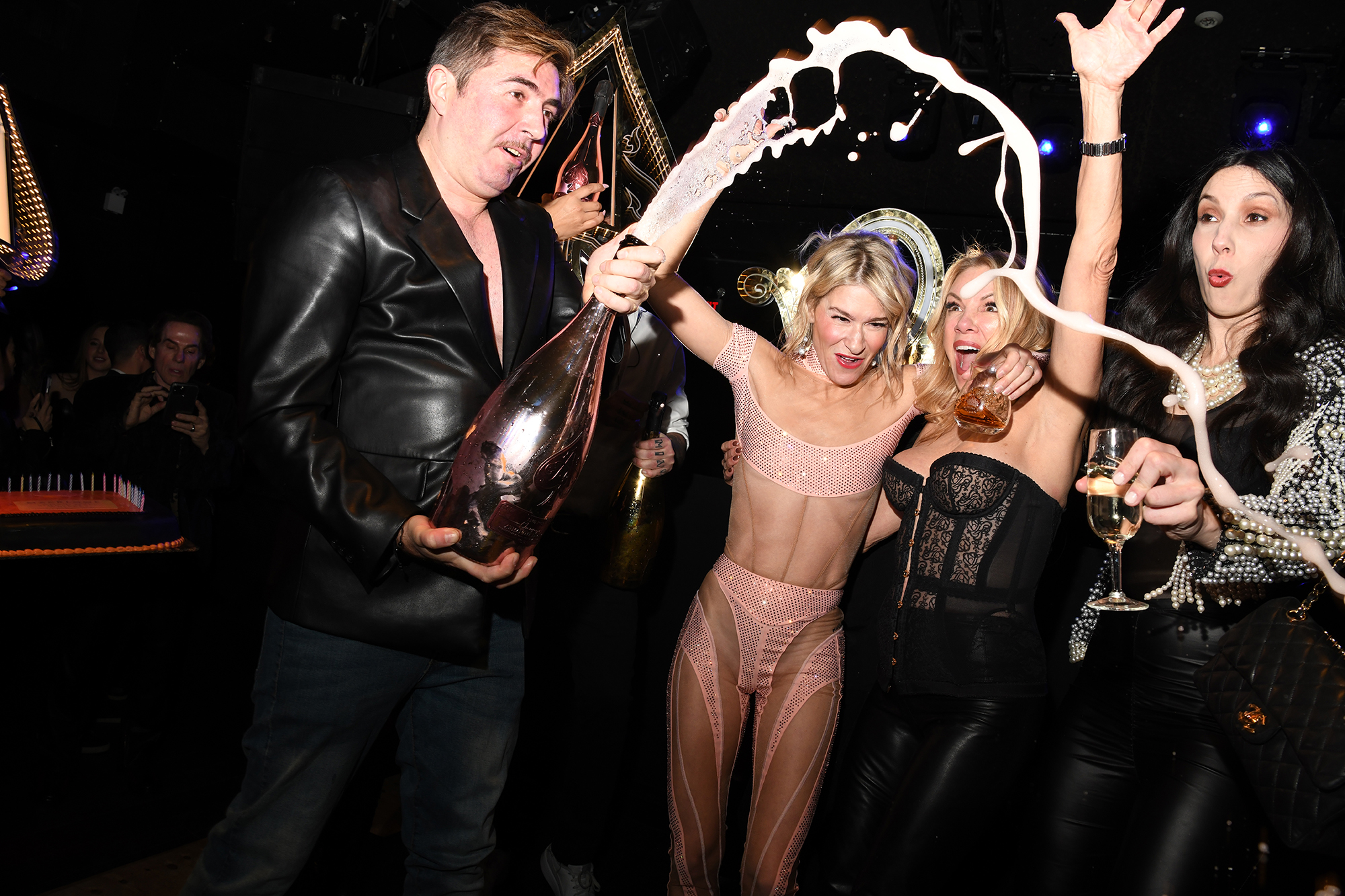 Macklowe pops the cork at her birthday bash with Ramona Singer. 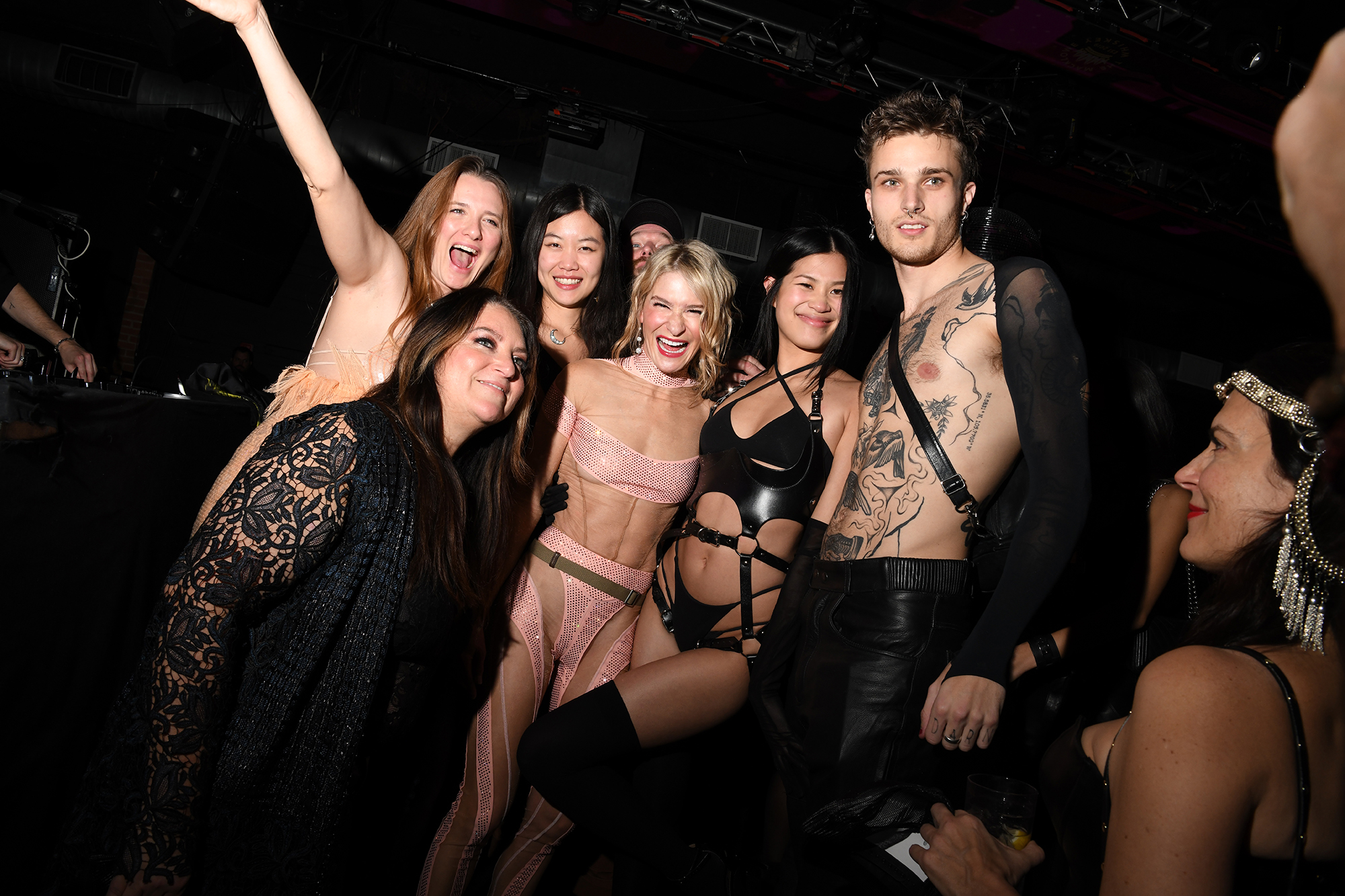 Attendees – including Liz Maidman (left), and Justine Mae Biticoin and Cypress Hayunga (to the right of Macklowe) got into the party theme. 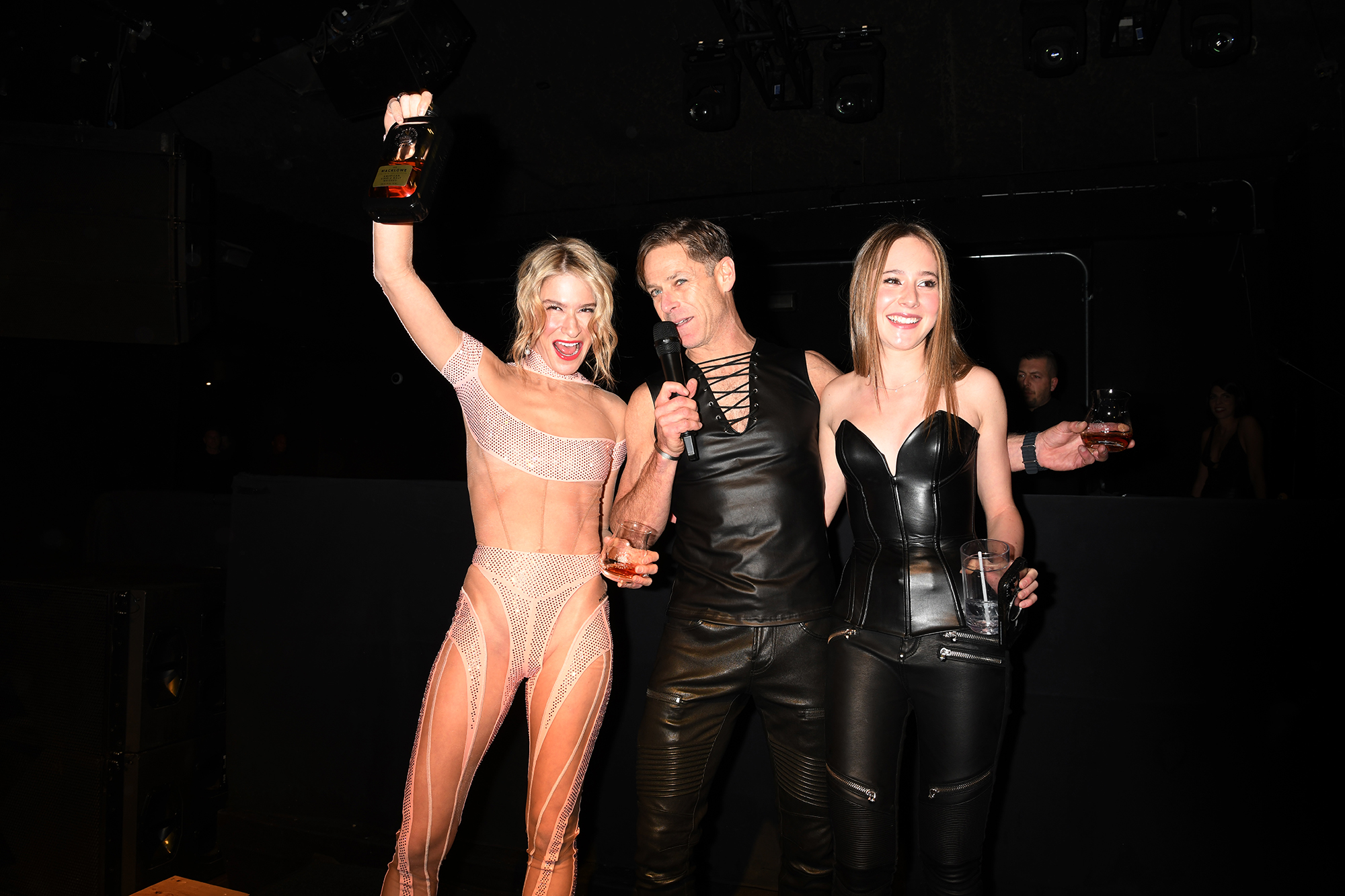 Macklowe with her husband Billy and daughter Zoe. 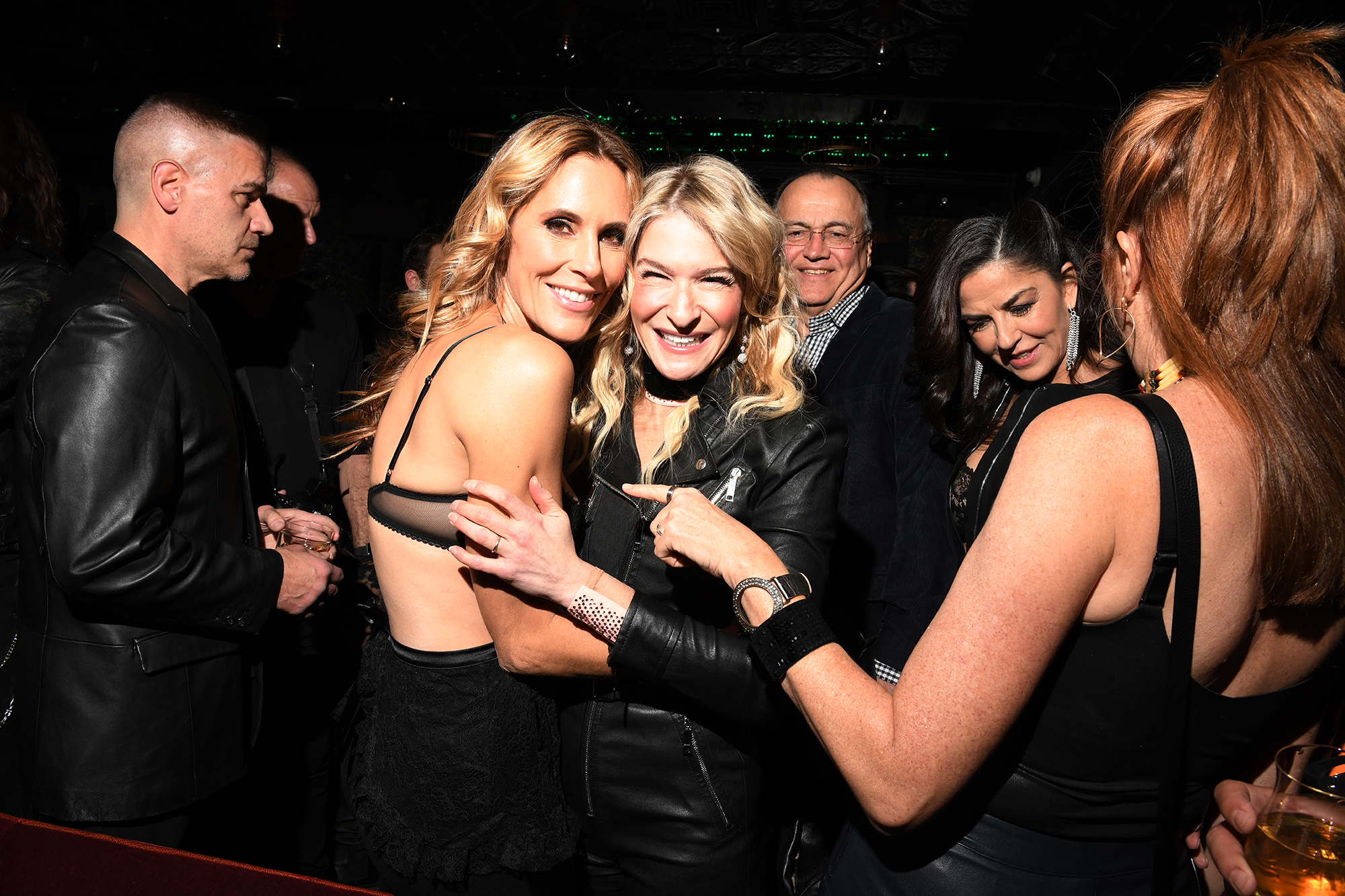 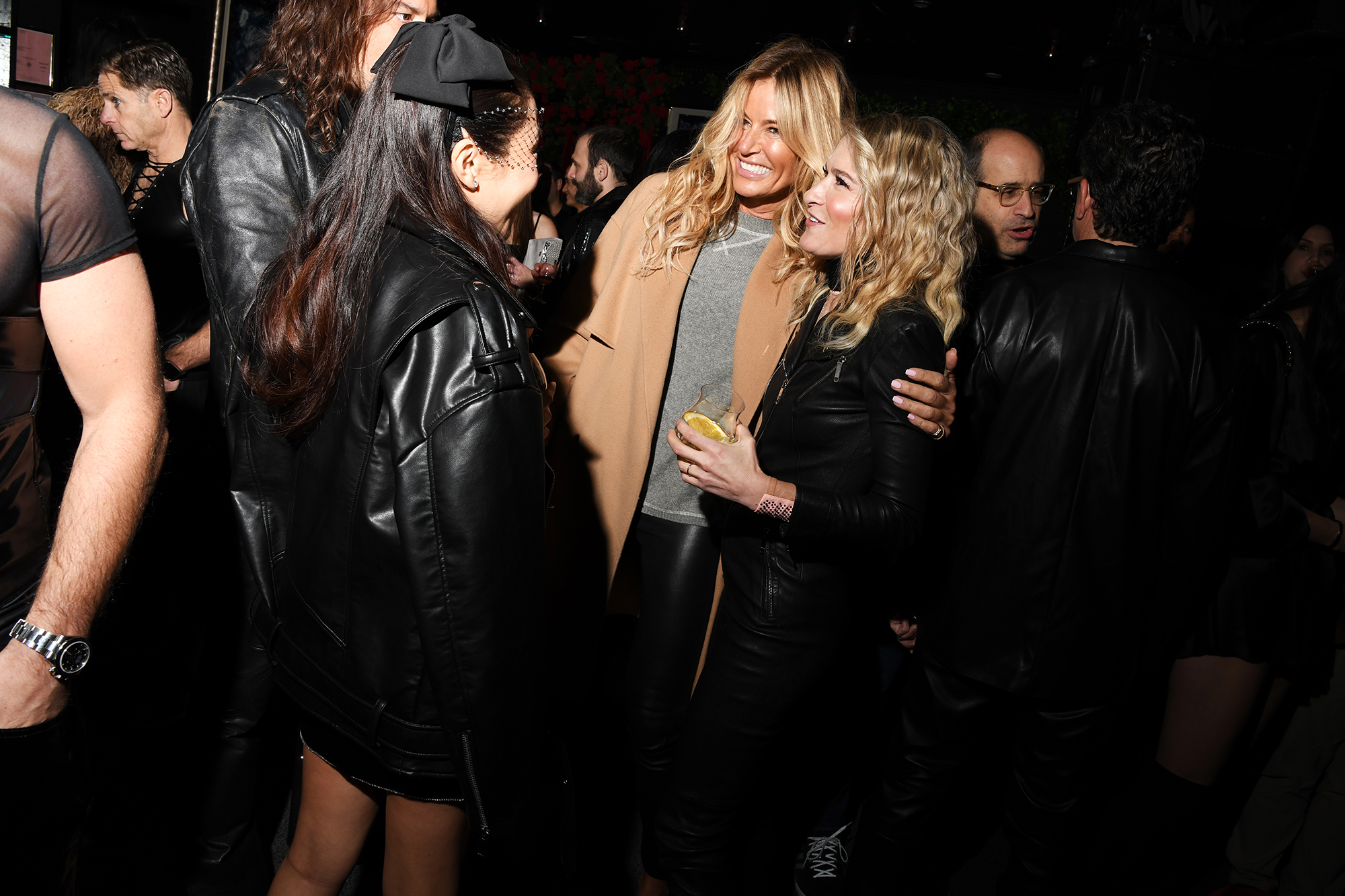 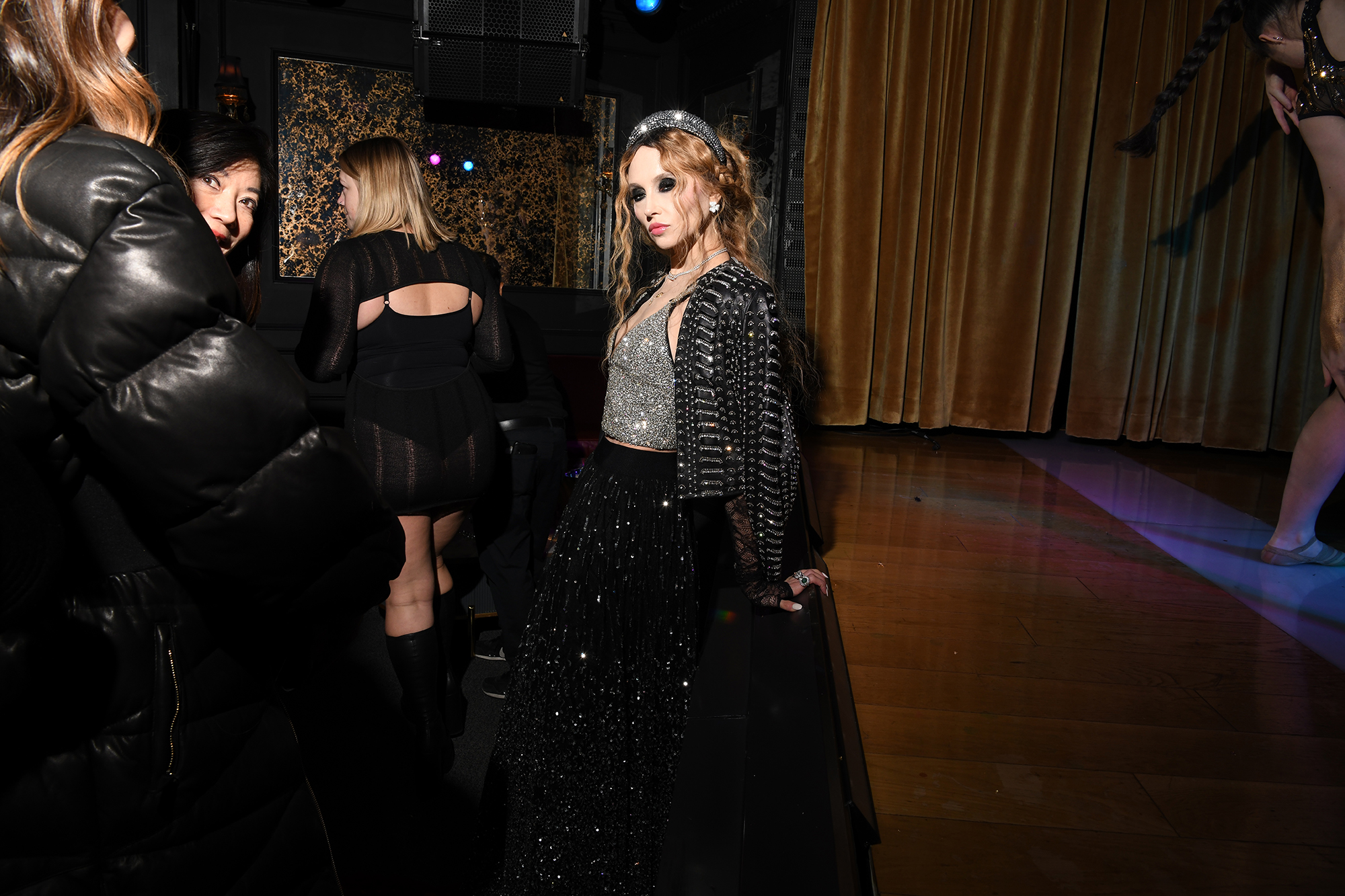 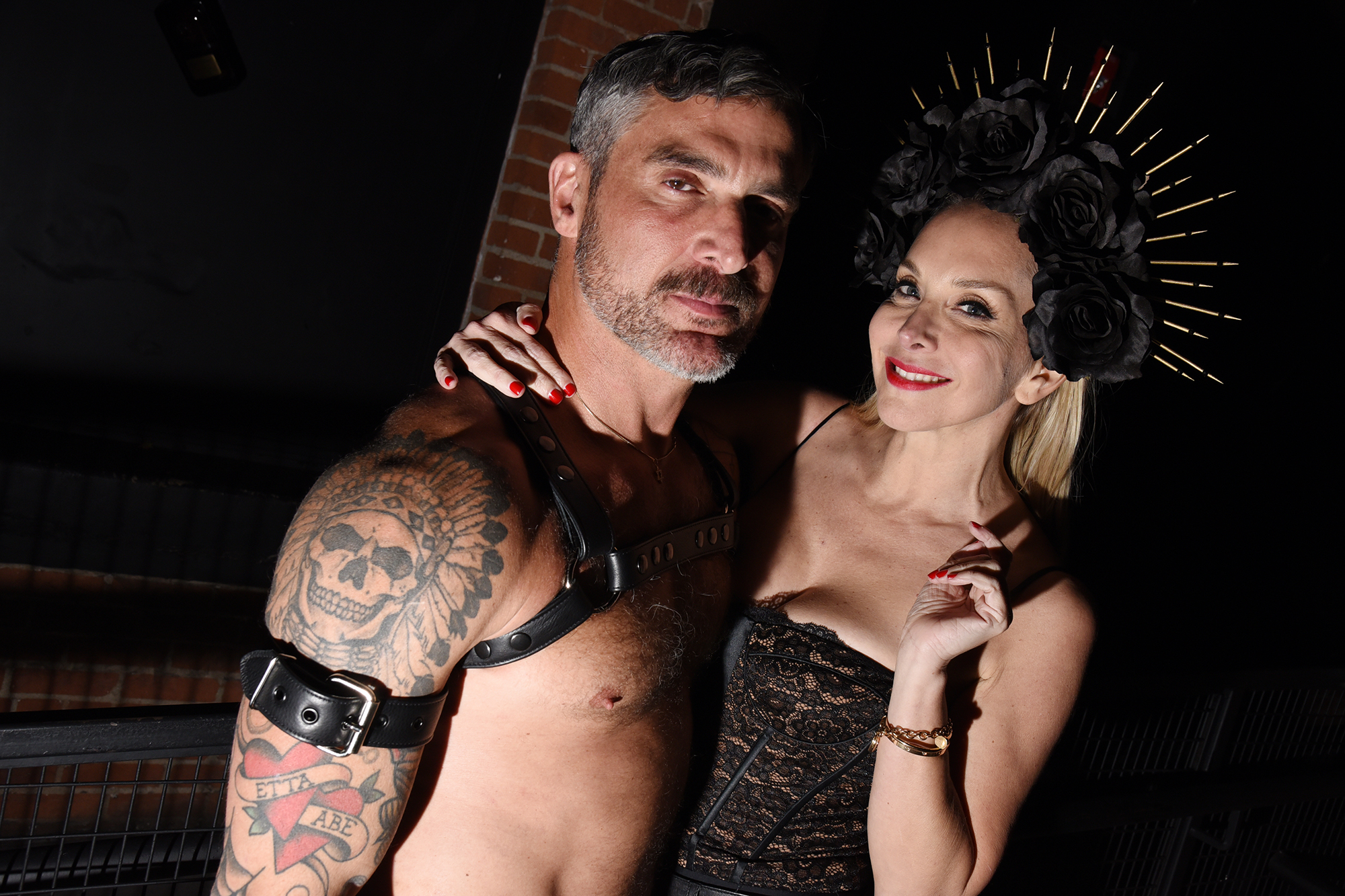