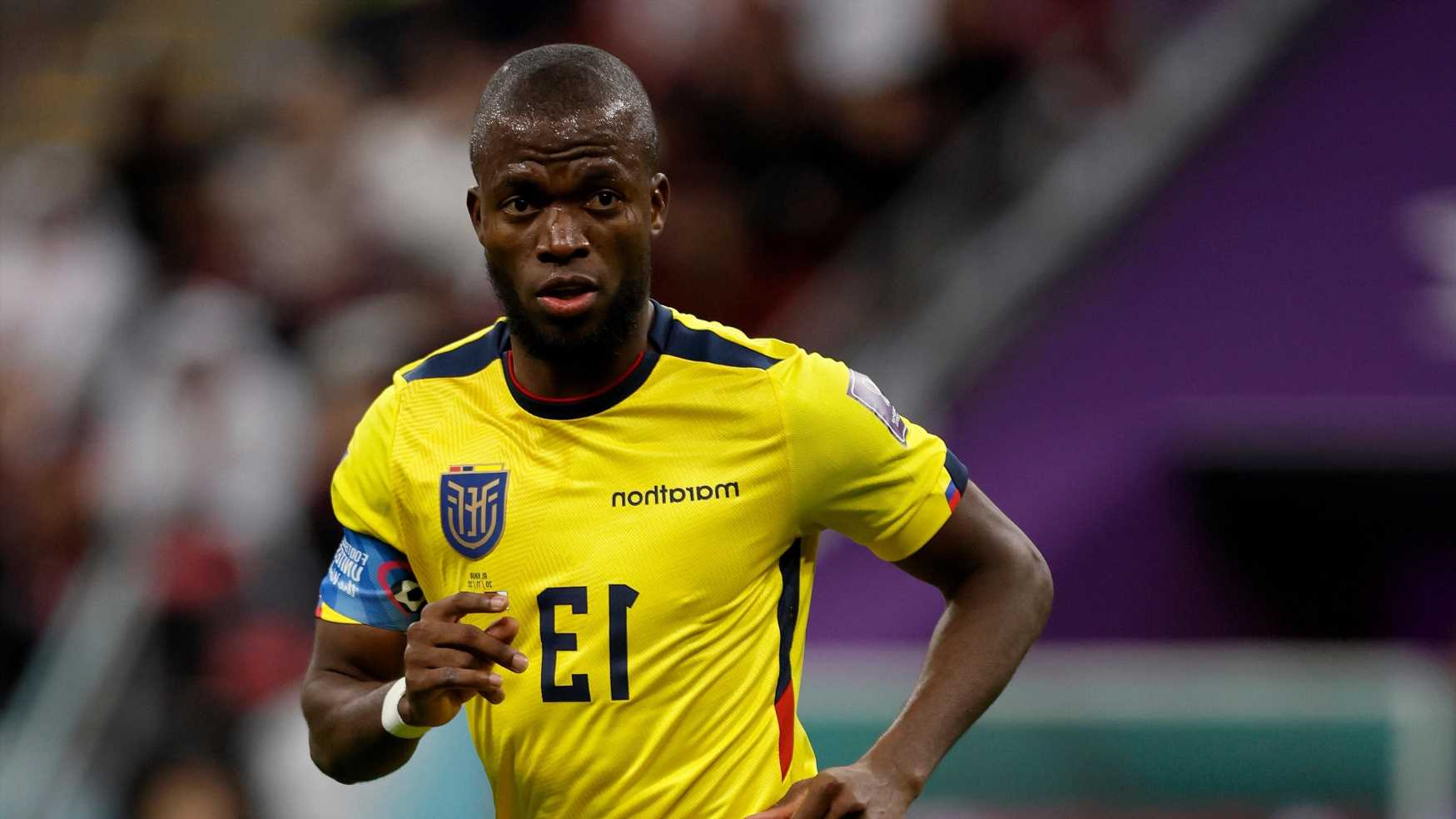 SOUTH America’s 2022 World Cup challenge probably benefits from the luck of the draw – three of the continent’s four representatives open up their campaign against opponents from Asia.

Over the last twenty years, Japan’s victory over Colombia in Russia 2018 is the only time that Asia has got the best of South America in a World Cup. 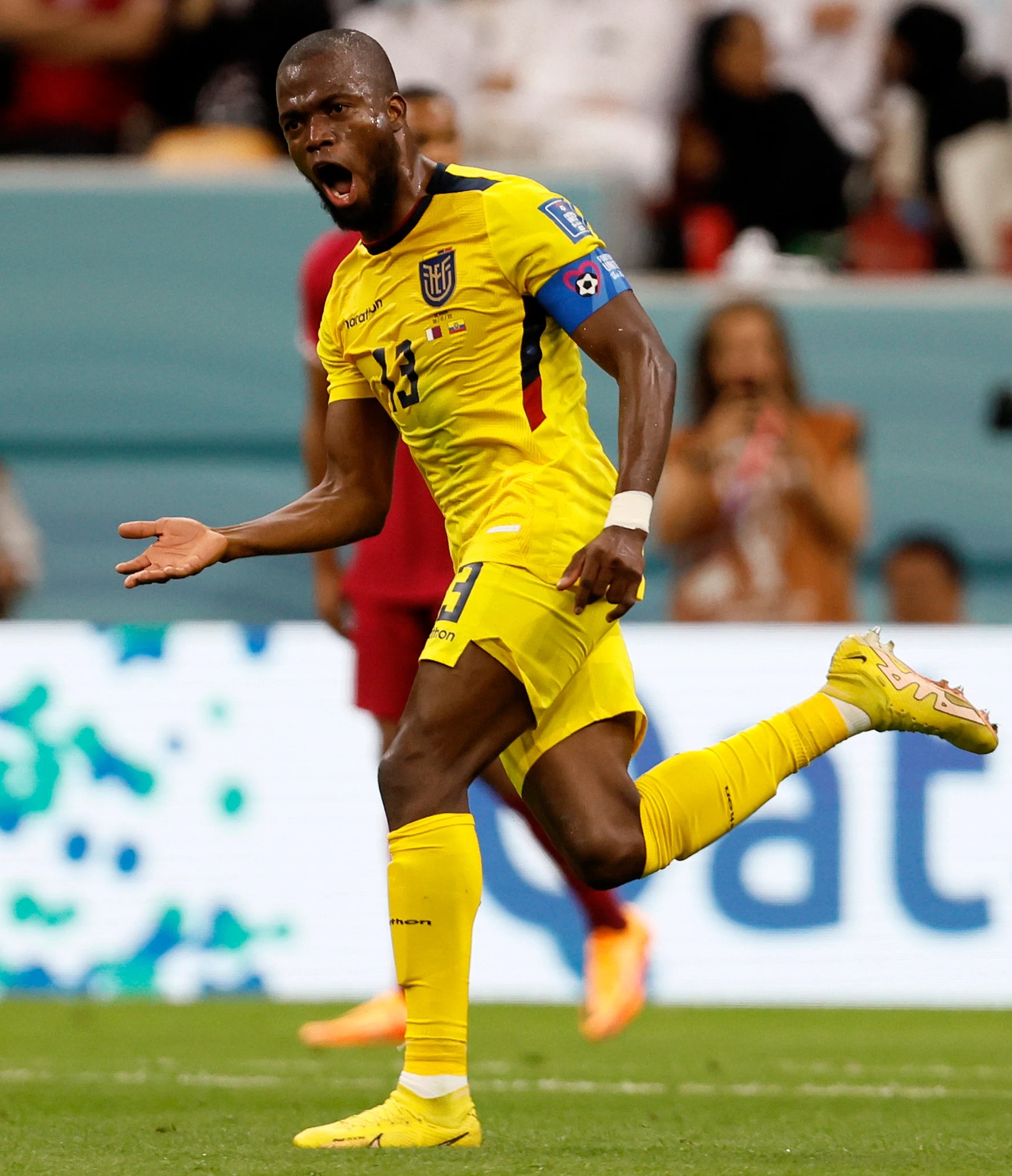 The next best effort is Japan’s game against Paraguay in 2010, where a goalless draw was followed by a win for the South Americans on penalties.

And with Japan this time in a group together with Germany, Spain and Costa Rica, the way is clear for the South Americans to get off to a flying start.

South Korea might give Uruguay a game on Thursday, but Argentina are firm favourites against Saudi Arabia on Tuesday and Ecuador already have three points in the bag after Sunday’s opening encounter with Qatar.

Criticism started raining down on the Qatar team long before the final whistle blew in a 2-0 defeat where they failed to muster a single shot on target. 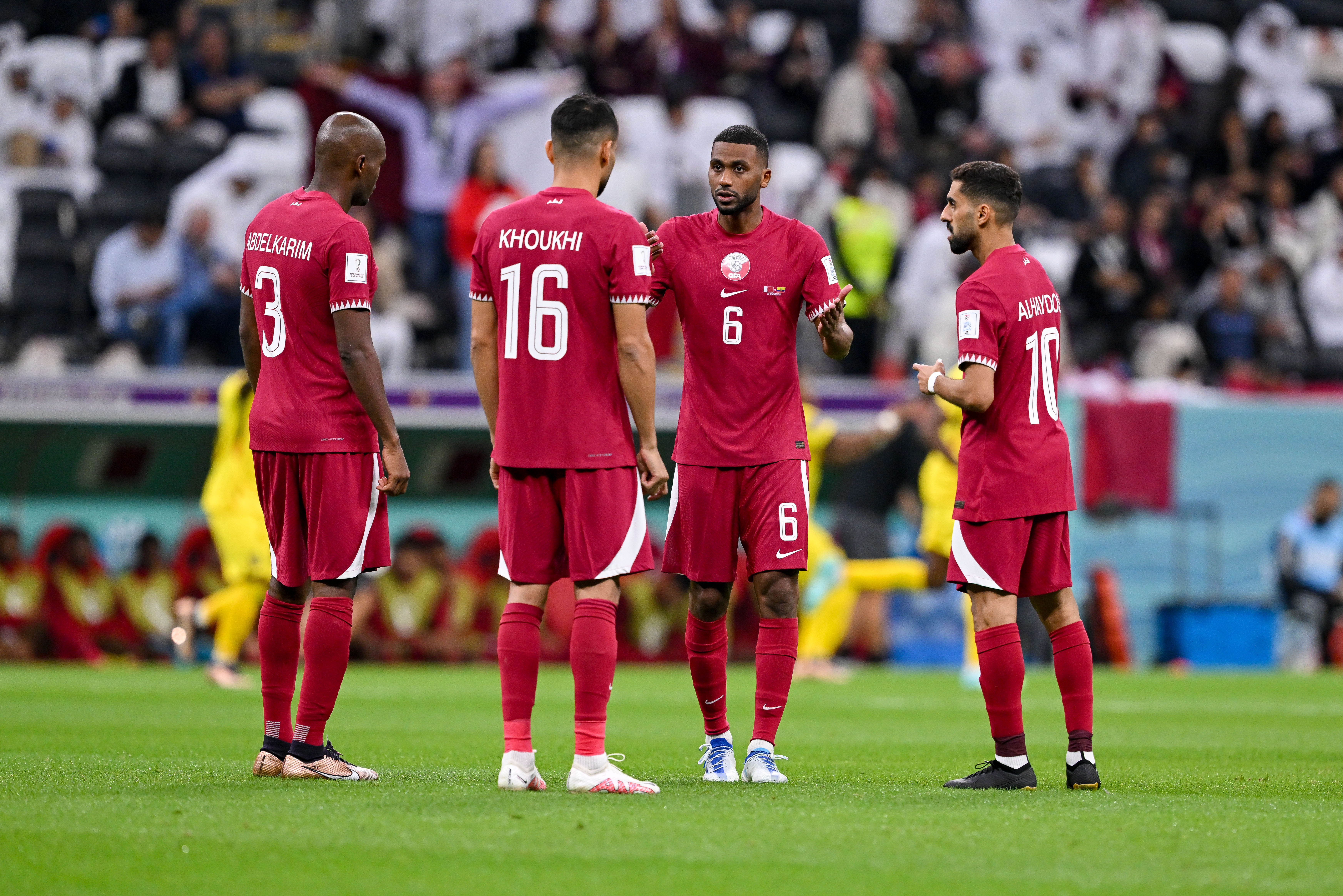 The occasion was clearly too big for them. But that is not the whole story. After all, this is a very young Ecuador side, in which only the goalscorer Enner Valencia has previous World Cup experience.

Ecuador could easily have found it all a bit too much.  But they didn’t. They played to potential and the problem for Qatar is that Ecuador are not easy to play against.

After recent meetings in World Cup qualification and in last year’s Copa America, the Brazil coaching staff have been convinced for some time that Ecuador could be one of the surprise sides in this World Cup.

The reasons were clear from the initial game of the tournament.

Rushed in from Argentina a month before the start of the qualifiers, with no previous connection to Ecuadorian football, coach Gustavo Alfaro has been doing a wonderful job.

And he got the call right on Sunday.

Firstly, his side have been struggling for goals.

He felt he could have some joy against the Qatar defence playing directly up to a pair of centre forwards.

And secondly he had seen that Qatar love to pay long diagonal passes to their attacking wing backs.

Selecting a pair of wingers who were prepared to work back had the effect of closing down the space.

There was the danger that the two central midfielders could be isolated, and a possession-based Qatar side would be able to play around them.

But it is here that the pace of the Ecuadorian defenders is so valuable.

Coach Alfaro is delighted that his side can defend even higher than Brazil – and a high line enables the team to stay compact, with a number of players around the ball when the opponent’s move breaks down.

Brazil found Ecuador very hard to play against – an organised team with plenty of power and pace, and no little skill as well.

And if it was tough for Brazil, it proved too much for Qatar.

The World Cup hosts are well coached – the team that lost on Sunday acquitted itself well three years ago in the Copa America, holding Paraguay to a draw and going down to narrow defeats against Colombia and Argentina.

The World Cup, though, is at a different level, and so were Ecuador. 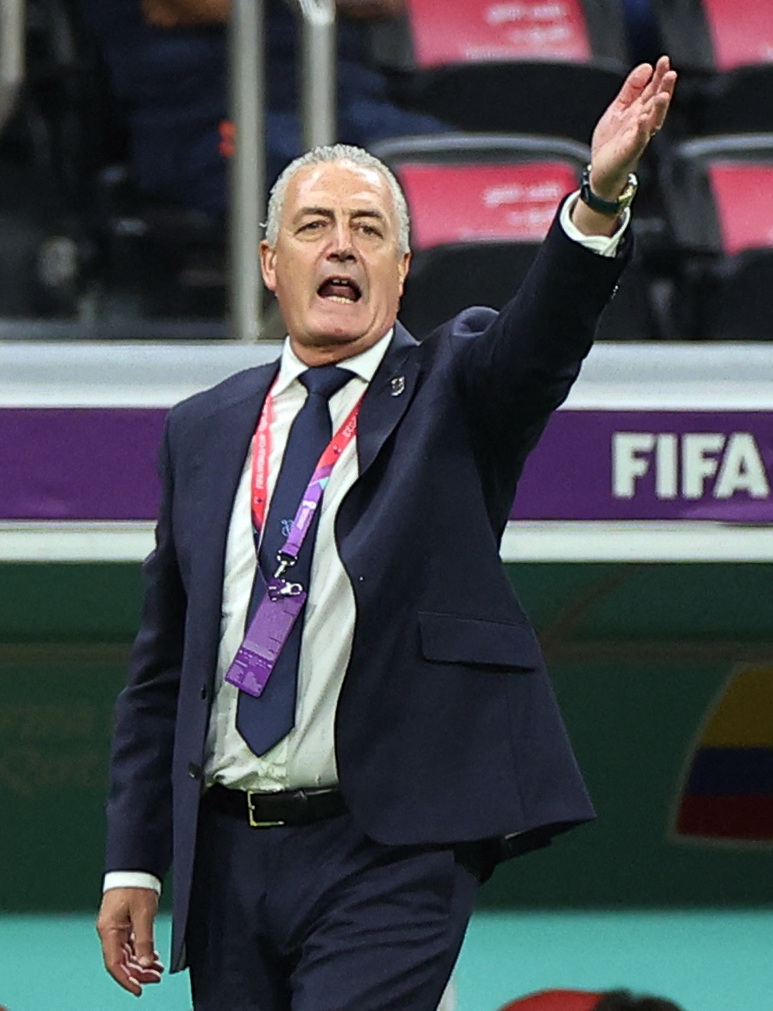 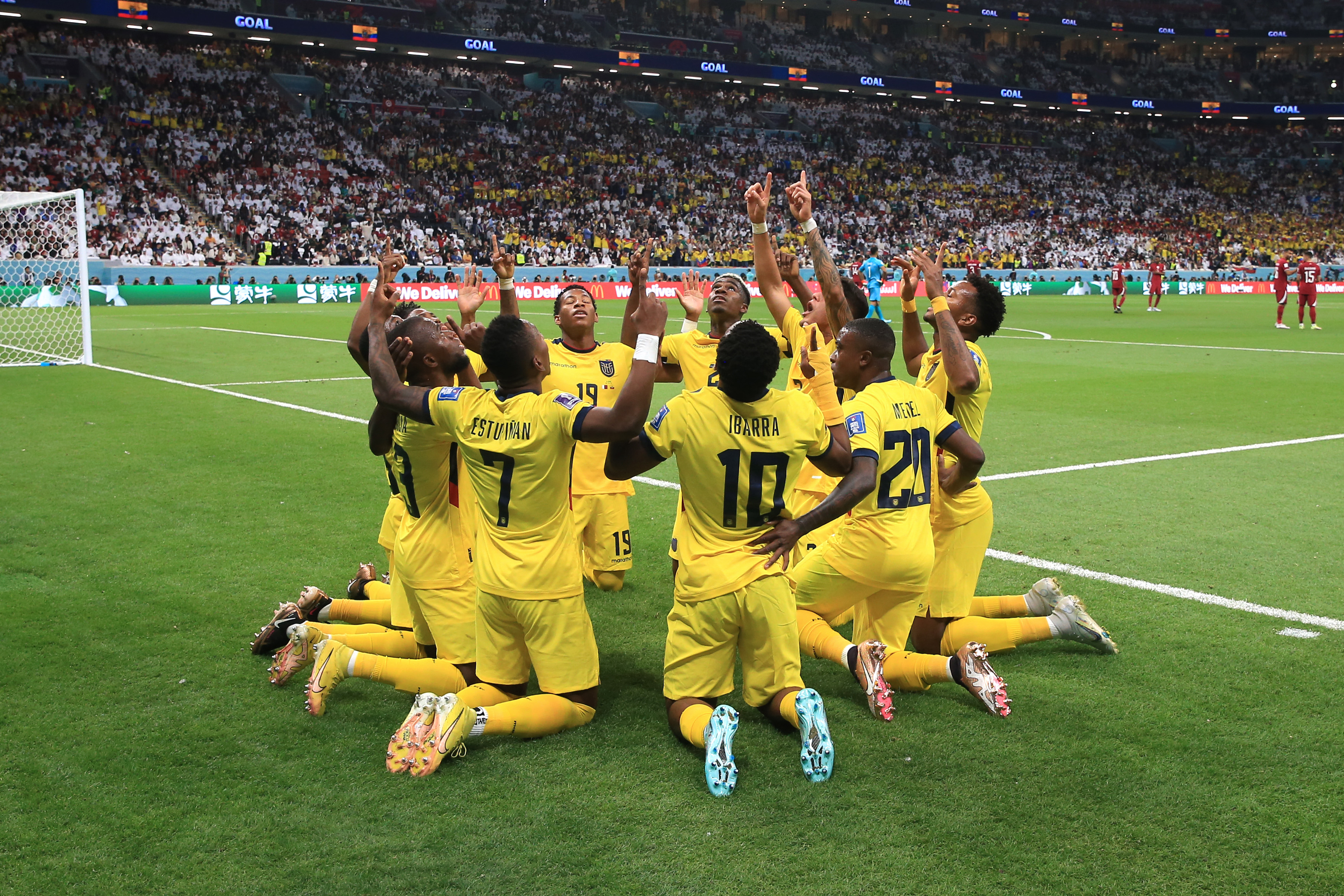 Once they had run the nerves out of their system in the second half, Qatar were able to string some passes together.

But they could never compete against Ecuador in physical terms, and the South American press always looked likely to produce a third goal.

With Senegal and Holland to come, things will get more difficult for the Ecuadorians.

For the moment, though, they can bask in the global gaze.

All the way from the equator, the men from the middle of the world enjoyed being the centre of everyone’s attention.