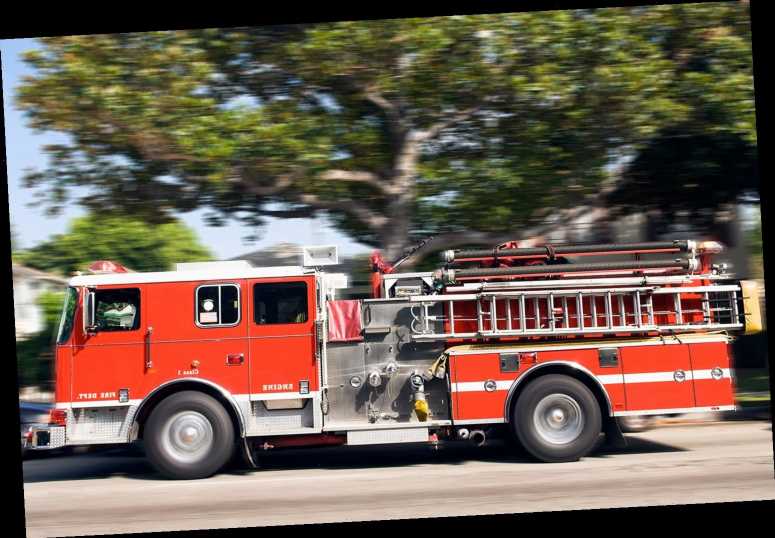 An Oklahoma police officer is being praised as a hero after he saved his family while responding to a house fire at his own residence.

Anthony Louie was on duty in the early hours of Nov. 13 when he responded to a fire that turned out to be at his home, according to Seminole FOP Lodge 138, the region’s Fraternal Order of Police.

“Officer Louie responded to a house fire only to find out that it was his residence that was burning,” the group wrote in a Facebook post. “Officer Louie made entry into the residence and successfully rescued his family.”

The post said that when Louie entered the house, he had to run through the porch, which was fully engulfed in flames. In doing so, he suffered serious burns and smoke inhalation.

It was because of him, however, that his family was able to get to safety.

“Officer Louie’s family was not physically injured due to his bravery and quick action,” the post said.

The group said it has been flooded with people asking how they can donate money to Louie and his family, and encouraged anyone who wants to contribute to go to a Tinker Federal Credit Union and make a deposit to the Seminole FOP #138 account designated to Officer Louie. People are also able to donate through PayPal by sending assistance to seminolefop138@gmail.com. “The overwhelming support received for Officer Louie has been amazing and his family and fellow officers wish to thank each and every person for their thoughts and prayers,” the post said.

According to a GoFundMe page also raising money for the officer and his family, they “lost everything” in the blaze.

While Louie’s condition remains unclear, the page said he would be “out of work for a very long time while recovering.”