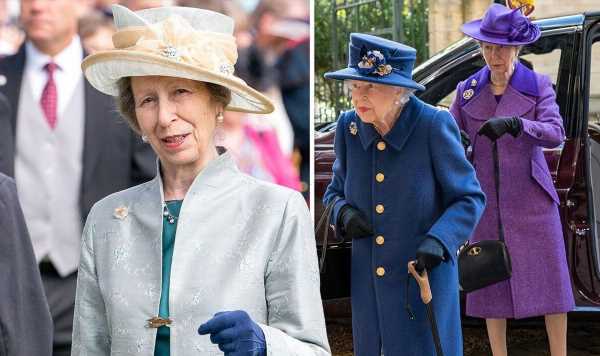 This week it’s business as usual for the Queen’s only daughter Princess Anne, who is out and about fulfilling a busy schedule of royal engagements. The Queen is known to greatly depend on Anne for royal duties both in the UK and abroad, and according to a body language expert, Anne prides herself on “getting on with the job” to the best of her abilities.

Princess Anne was entrusted to represent the Queen this month at the Queen’s Awards for Enterprise reception at Buckingham Palace, and she was pictured seamlessly chatting to guests in attendance.

Shortly after this outing, the Queen chose Anne to accompany her to the Thames Hospice on what was a rare public appearance nowadays for the monarch.

According to body language expert Judi James, Anne’s approach to royal life can be compared to another “old-school royal” – her father Prince Philip. 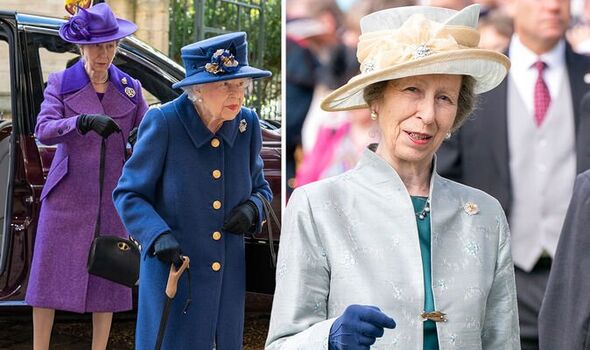 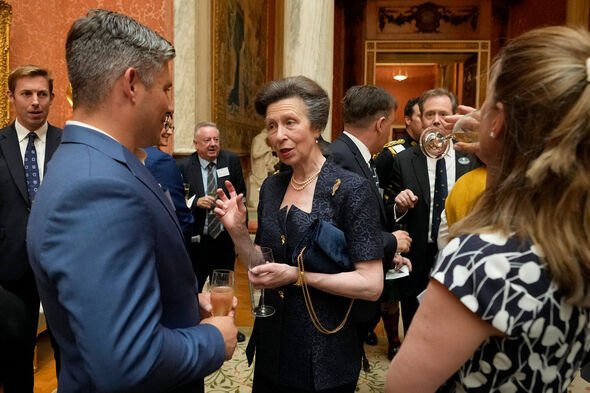 “Appearing alone she will look animated, confident, stoic and almost military in her bearing.

“She oozes old-school royal status that is rather in the style of her father Philp, with a matching twinkle in her eye.

“When she appears with her mother, though, we can see that – just as her father did – she will quietly slide down to status scale to stand back with an expression of respect and often fondness as the Queen goes about her day job.”

Princess Anne has earned a reputation for being incredibly hard-working over the decades. 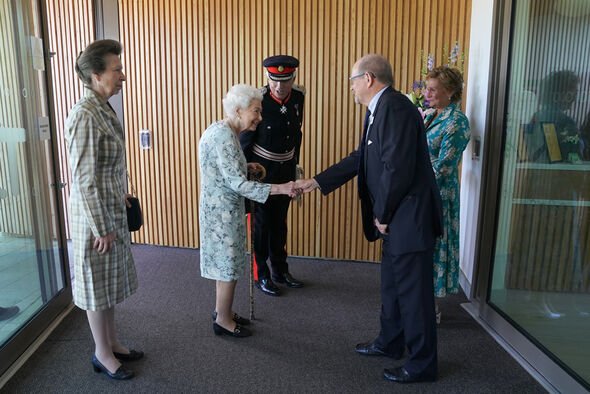 So much so, she often completes the most engagements of any royal in a given year alongside her brother, Prince Charles.

She is also famed for her no-nonsense approach to the royal spotlight, often appearing non-plussed by scrutiny from the press and public.

Ms James explained: “Since she was born, Anne has been the centre of camera attention and she seems to have developed a way of being in the spotlight with acceptance and good grace but without any signs of vanity or a complete enjoyment of that attention.

“Her key aim seems to be to get on with the job and to do it as well as possible without fuss or drama.

“Anne is the ultimate royal pro, never complaining and always putting energy and enthusiasm into her work.”

Princess Anne made clear she was utterly devoted to her royal duties in a rare interview with Vanity Fair in 2020 to mark her milestone 70th birthday.

She told the publication: “I don’t think retirement is quite the same [for me].

“Most people would say we’re very lucky not to be in that situation because you wouldn’t want to just stop.”