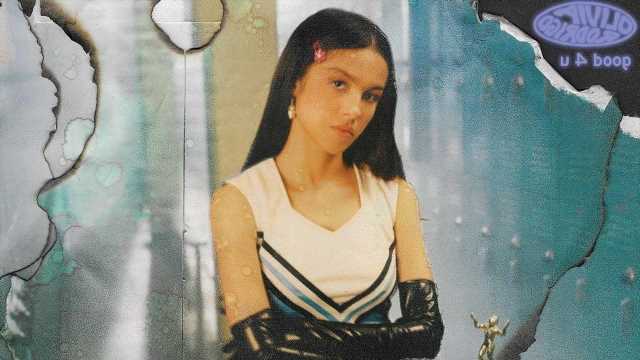 Olivia Rodrigo’s latest music video is fiery beyond belief. On Friday, one week ahead of the release of Rodrigo’s debut album, Sour, the 18-year-old singer released her third-ever single, “Good 4 U,” along with the pop rock song’s revenge fantasy-filled music video.

In the video, Rodrigo plays a high school girl who’s out for revenge after her ex moved on with someone else. Wearing a cheerleading uniform, High School Musical: The Musical: The Series star performs a peppy routine as she sings cutting lyrics.

“I guess that therapist I found for you, she really helped / Now you can be a better man for your brand-new girl / Well, good for you, you look happy and healthy / Not me, if you ever cared to ask,” she belts out.

The video continues with an incensed Rodrigo beginning to plot revenge on the guy in question.

“Well, good for you, I guess you’re gettin’ everything you want / You bought a new car and your career’s really takin’ off / It’s like we never even happened / Baby, what the f**k is up with that?” she questions.

Wearing black gloves and a tormented look, Rodrigo heads to a store to purchase gasoline, the first step to carrying out her plot. As Rodrigo stands in a room that’s burning around her she sings an emotional bridge.

As the video wraps up, Rodrigo calls her ex “a damn sociopath,” before delivering the last line of the track while swimming in a lake.

“Well, good for you, I guess you moved on really easily,” she sings with a haunting smile.

Both of those songs resulted in an intense focus on Rodrigo’s love life, with many believing that they were about the teen’s rumored ex, Joshua Basset, and his reported new flame, Sabrina Carpenter. “Good 4 U” is sure to draw in similar speculation, though that wasn’t part of Rodrigo’s plan.

“At first I was like, ‘I don’t want to do this. I don’t want to be pigeonholed,'” Rodrigo told Billboard of releasing multiple love-life-focused tracks. “I’m a songwriter who writes from a place of authenticity and truth. And truthfully, love and happiness and everything weren’t feelings that I was feeling at the time.”

“What’s the point of putting out a record if it isn’t something that you feel is important to say to people?” Rodrigo added.

Though the love-life talk was an unexpected result of her emotional songs, Rodrigo admitted that the chatter surrounding her music is a “songwriter’s dream.”

“There’s something so powerful in being vulnerable and open, like, ‘This is my life, and I’m f**king sad.’ Or, ‘I’m insecure,'” she told ELLE. “That’s what makes songwriting so special.”