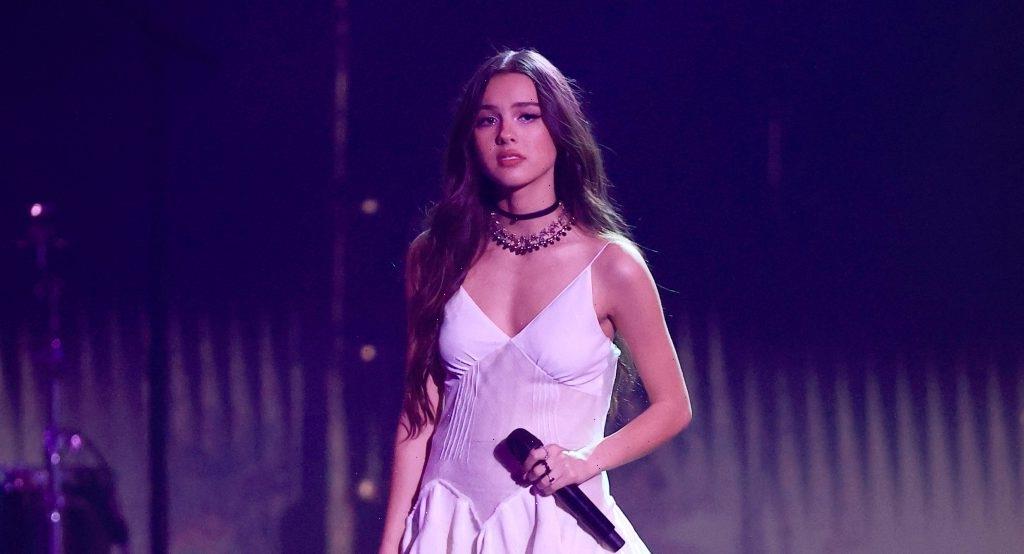 Olivia Rodrigo is the latest voice in pop music to share her support for reproductive health rights in a recent concert. This comes after the recent leak of a majority opinion draft from the Supreme Court that shows plans to overturn Roe v. Wade, which will effectively end the right to access safe abortions in many parts of the U.S.

The star took the opportunity to speak out during her Washington D.C. show on May 4, making a short speech in between songs. As seen in the clip below, shared by the fan account Olivia Rodrigo Daily on Twitter, Rodrigo said: “Because we’re in D.C., I couldn’t pass up the opportunity to say how heartbroken I am over the Supreme Court’s potential decision.”

“Our bodies should never be in the hands of politicians. I hope we can raise our voices to protect our right, to have a safe abortion, which is a right that so many people before us have worked so hard to get,” she concluded.

Earlier this week, Politico published the leaked draft opinion spearheaded by Justice Samuel Alito which argued that Roe v. Wade was “egregiously wrong from the start.” Should the court follow through, abortion will no longer be a federal right — meaning each state in the U.S. has to decide whether or not to allow or ban abortions.

Rodrigo is just one of many musicians, like Phoebe Bridgers and Questlove, who have demanded action to help stop Roe v. Wade from being overturned. Although Rodrigo hasn’t been politically outspoken in the past, the singer was a valuable asset back in 2021 when the White House invited her to meet President Joe Biden and his chief Covid-19 medical adviser to urge young people to get vaccinated.

Rodrigo is currently on her “Sour” world tour which kicked off in early April and will continue across North America throughout May, with Holly Humberstone as the opening act. The tour is set to continue it the UK and Europe, where Rodrigo will be joined by Baby Queen.