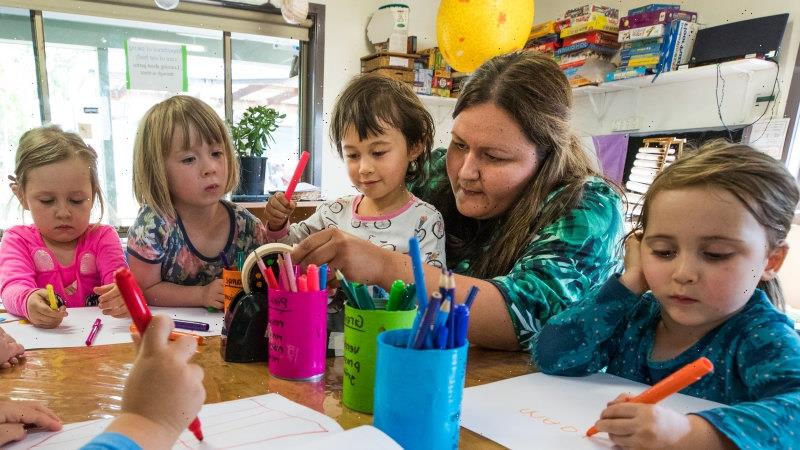 Parents will have to wait until after the next election to benefit from the Morrison government’s $1.7 billion childcare package, amid concerns that it won’t be a game-changer in boosting women’s workforce participation.

The policy, announced by Federal Treasurer Josh Frydenberg on Sunday, will save families with more than one child aged under 5 in childcare up to $125 per week in fees, but it won’t start until July 2022.

Grattan Institute chief executive Danielle Wood said the $1.7 billion investment over four years was “modest” but well-targeted at addressing the disincentives for women to work a fourth or fifth day due to fees eating up their take-home pay. 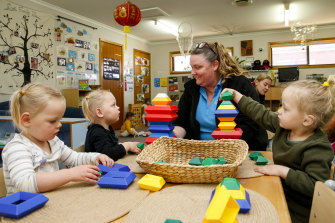 “Overall, it’s a modest but helpful investment that deals with some of the worst cases of high childcare costs and disincentives to work in the existing system. You couldn’t call it a game-changer or a major reform but it is a positive step in the right direction,” Ms Wood said.

Curtin University economist Rebecca Cassells said it was a “step in the right direction”.

“It will reduce significant barriers that women face when deciding whether they will go back to work after having children, and importantly how much they will work each week,” Ms Cassells said.

The package will give families access to a rebate of up to 95 per cent on childcare fees for second and subsequent children aged under 5. It will also abolish the child care subsidy cap of $10,560 per child per year for parents on combined incomes of more than $189,000.

Mr Frydenberg said the policy would benefit about 250,000 families, allowing the equivalent of around 40,000 individuals to work an extra day per week and boost the level of GDP by up to $1.5 billion per year.

The measure is part of the federal government’s bid to put women at the centre of next week’s federal budget following months of criticism over its handling of women’s issues. But it also represents an election challenge to Labor’s commitment to deliver universal childcare at a cost of $6.2 billion, which it says will benefit more than one million families and provide a bigger boost to the economy.

Labor leader Anthony Albanese rejected the government’s measures as “half-baked” which did nothing to address the rising costs of childcare.

“This does nothing to move towards a universal, affordable child care system, something that Labor says we need to do, because child care is not about welfare. Childcare is about providing an essential service, which boosts our economy and is essential economic reform,” Mr Albanese said.

Since the government’s childcare package of 2018 was put in place, general consumer prices have increased by 3.9 per cent but childcare prices have soared by 13.7 per cent.

Early Childhood Australia chief executive Samantha Page said the changes were welcome, but “we are disappointed that changes are planned to come in to effect in 2022, meaning many families currently using child care won’t have any relief.”