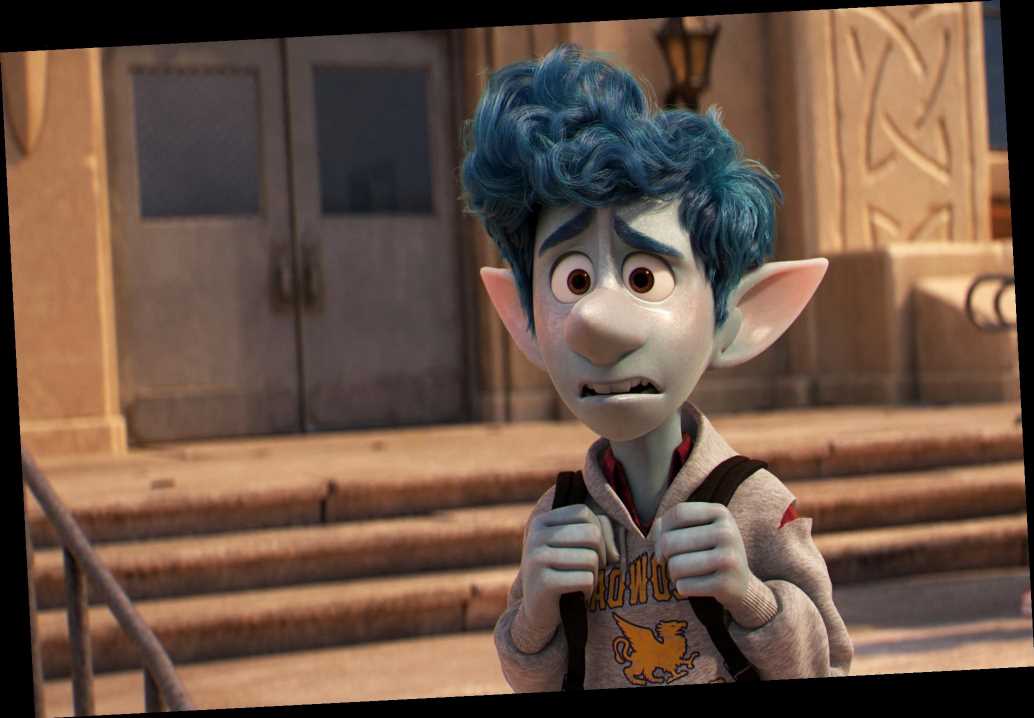 The animation studio is at its creative best while introducing us to vibrant new characters and worlds, such as a family of secret superheroes (“The Incredibles”) or venturing inside a young girl’s brain (“Inside Out”). But too often, Pixar, like every other studio, milks its lucrative franchises to death, which is how we end up with “Cars 3,” watching the same damn cars for the third damn time.

What began as a fairy-tale town — think King Arthur and Merlin — lost its magical powers through the years as the creatures invented modern conveniences. Who needs a wand when you’ve got lightbulbs and microwaves? Thus, history became legend.

That’s until an elf named Ian (Tom Holland) turns 16, and his mom (Julia Louis-Dreyfus) hands him and his older brother, Barley (Chris Pratt), a wrapped gift from their late father — a wizard staff! And packaged along with it is a “visitation spell” that will bring dad back to life for just one day.

“Hold on!” yells Mom. “Your dad was an accountant!” Well, he may have been a wizard with balance sheets, but he was also a legit magician.

Ian, who was born shortly after his mysterious father died, recites the incantation and it works — sort of. The kid’s only able to conjure up his dad’s lower half. So Ian, the fantasy-loving Barley and a pair of legs go on a quest to complete the trick before sundown.

And what a blissful journey it is. In Barley’s van, named Guinevere, they head to the lair of the Manticore (Octavia Spencer), a ferocious, mythical, winged lion who, after retiring her roar, now manages a chain restaurant. The boys use the map on her paper place mats to guide their adventure. Along the way, we meet a fantastic motorcycle gang of tiny sprites and an awkward centaur stepdad.

Pratt and Holland, who would never be cast as brothers in a live-action film, turn out to be sensational voice actors, landing on a fun “Tommy Boy” vibe. Barley is a loser townie, who still lives with his mom and obsesses over a Dungeons & Dragons-like card game. To voice him, Pratt, now a trim leading man, throws back to his schlubby “Parks and Recreation” days. And Holland, who became famous as Spider-Man, clearly has experience playing a character who innocently learns how to use his extraordinary powers. As the duo figure out their brotherly connection, you may reach for your tissues.

The style and tone of writer-director Dan Scanlon’s movie has elements of DreamWorks’ “Shrek” and “How To Train Your Dragon” mixed with the siblings-with-secrets aspects of Disney’s “Frozen.” But “Onward” is better for the change-up. That stylistic and narrative departure gives us Pixar’s most heartfelt story in years.