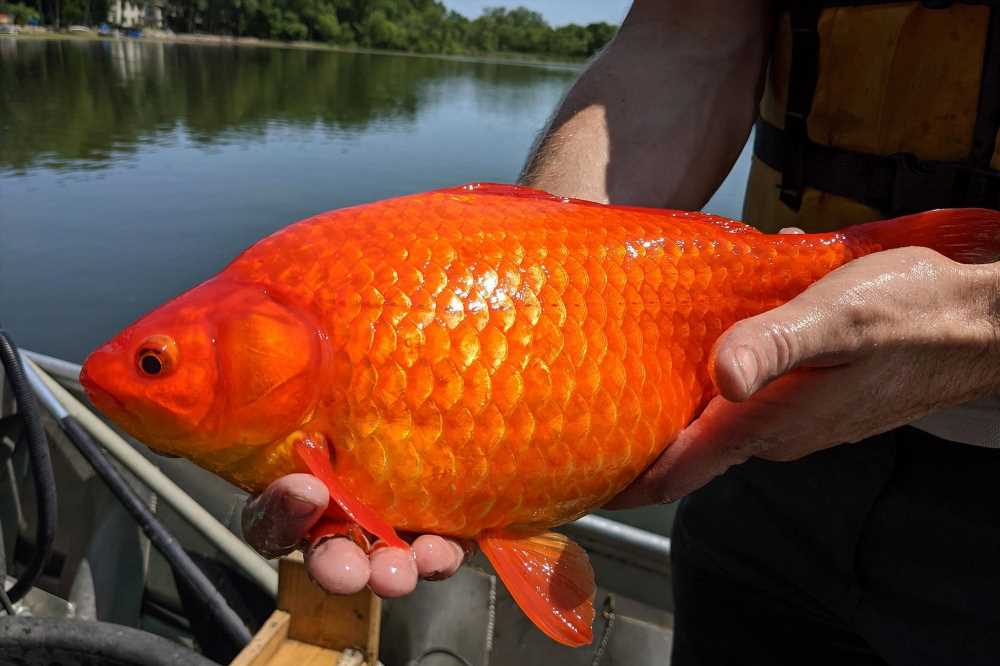 Pet fish are not wild fish.

City officials in Burnsville, Minnesota, recently tweeted out a warning against dumping pet fish in the wild after a large number of goldfish were found in one of the city’s waterways.

It was the latest example of large pet fish being found in lakes or rivers across the country.

During a water quality survey of Keller Lake earlier this month, the Associated Press reported that 10 goldfish were discovered. On Monday, an additional 18 were found, some of which were 18 inches long and weighed up to four pounds.

The city’s official Twitter account posted a message about the fish, writing, “Please don’t release your pet goldfish into ponds and lakes! They grow bigger than you think and contribute to poor water quality by mucking up the bottom sediments and uprooting plants. Groups of these large goldfish were recently found in Keller Lake.”

Minnesota is one of several states to post warnings against dumping pet goldfish in recent months.

Fox News previously reported that the Virginia Department of Wildlife Resources confirmed that an angler had set a new record after catching a 3 pound, 9-ounce goldfish in Hunting Creek. He had originally caught the fish in late May during a fishing trip on the Potomac River, but the record was only just confirmed.

The department posted on its Facebook page, “The introduction of goldfish to waterbodies is illegal in Virginia. Pet owners should never release their aquatic organisms into the wild as unforeseen impacts can occur including disease, competition, and predation.”

Around the same time that the Virginia angler’s record was being certified, an angler in Missouri caught a 9-pound butterfly koi fish at Blue Spring Lakes Remembrance. The Missouri Department of Conservation posted a similar warning about the dangers of dumping pets.