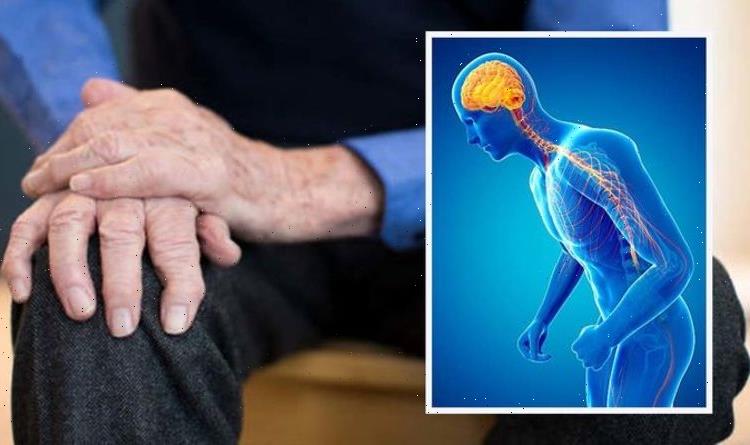 Paul Sinha talks about the symptoms of his Parkinson's diagnosis

The progression of symptoms is often a bit different from one person to another due to the diversity of the disease. Treatments for Parkinson’s disease include therapies to help with movement problems, medicines and sometimes brain surgery. Early diagnosis is important so that patients can receive the proper treatment and advice regarding care.

The Parkinson’s Foundation (PF) has outlined several signs that you might have the disease.

Perhaps one of the most well known symptoms of Parkinson’s is a “tremor” which “occurs mostly at rest” and lessens during sleep and when the body part is actively in use, the PF explains.

The health body states that a tremor tends to occur in the hands, but it can also appear in other parts of the body, including the lower lip, jaw or leg.

“Some people report an internal tremor, a shaking sensation inside the chest, abdomen or limbs that cannot be seen,” it adds.

PF says that a tremor usually affects only one side of the body, especially during early stages of the disease.

Moreover, about 70 percent of people with Parkinson’s experience a tremor at some point in the disease.

Despite this, a tremor appears to be slightly less common in younger people with the condition, though it is still one of the most troublesome symptoms, PF says.

There are also a number of common symptoms and early warning signs to be aware of.

The NHS says that the other main symptoms of Parkinson’s disease are slow movement and stiff and inflexible muscles.

Some people also experience depression and anxiety, balance problems and a loss of sense of smell.

You may also notice that you are experiencing sleeping and memory problems.

No single one of these signs means that you have Parkinson’s, but you should consider making an appointment to talk to your doctor, according to the health body.

It’s thought around one in 500 people are affected by Parkinson’s disease, according to the NHS.

People with the condition can experience a range of different symptoms. Men are slightly more likely to get Parkinson’s disease than women, and most people with Parkinson’s start to develop symptoms when they’re over 50.

Although there is currently no cure for Parkinson’s disease, early diagnosis is important so that patients can receive the proper treatment and advice regarding care.

Sometimes people dismiss early symptoms of Parkinson’s as the effects of normal ageing.

Although there is currently no cure, there are many different therapies and factors that can help in managing the condition, the health body says.

For example, doing 2.5 hours of exercise a week can slow the progression of your symptoms, according to Parkinson’s UK.

Exercise can help you manage physical symptoms and other symptoms such as sleep problems, fatigue, mood and mental health, the charity says.

It adds: “Exercise can be as important as your medication to help you take control and manage your symptoms.”