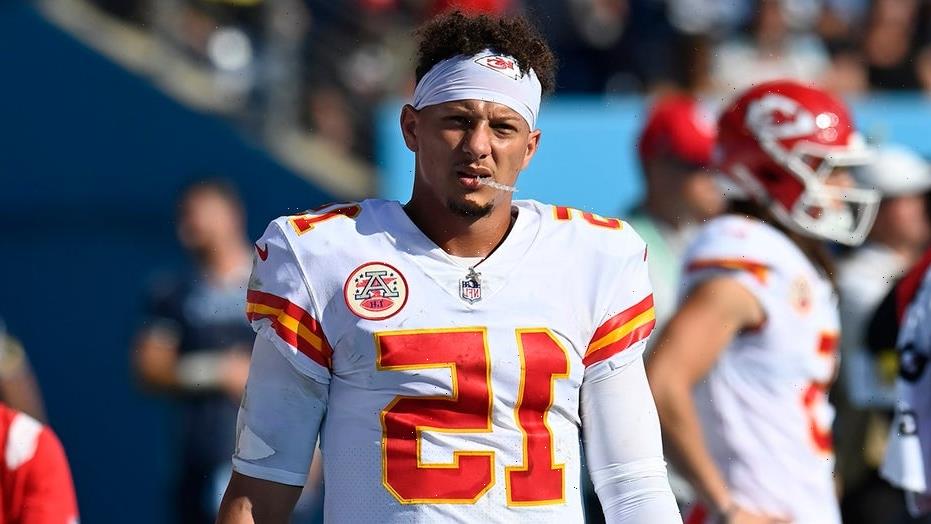 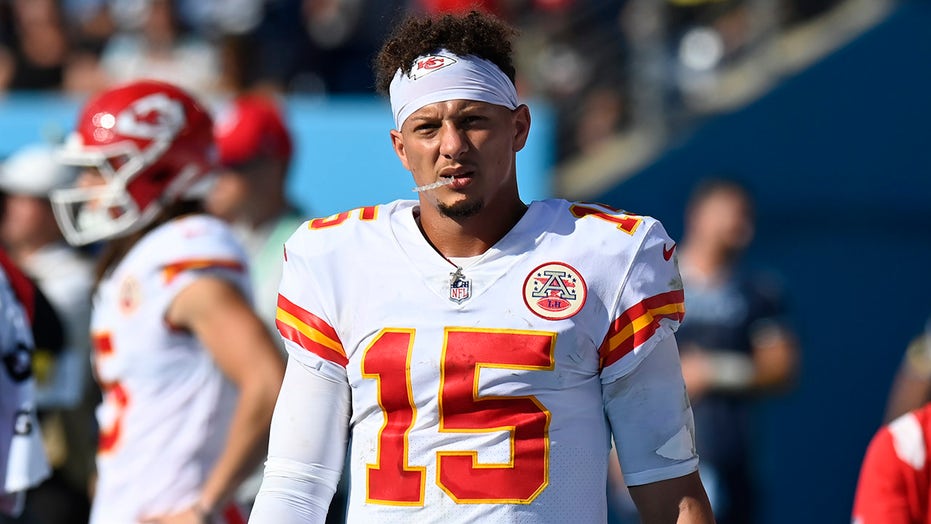 Patrick Mahomes’ struggles in the offseason led to his own self-reflection after the Kansas City Chiefs’ 27-3 loss at the hands of the Tennessee Titans last weekend.

Mahomes was asked Thursday during his media availability whether he talked to his teammates about the Titans game and if he took the blame for the loss. 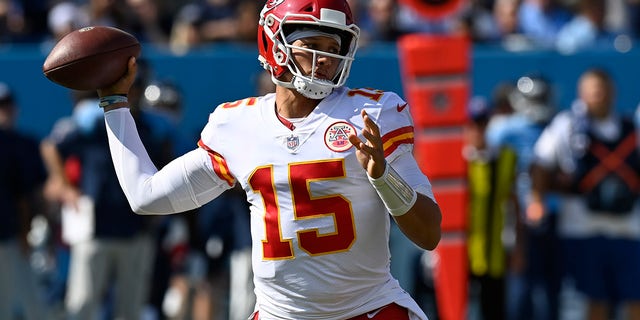 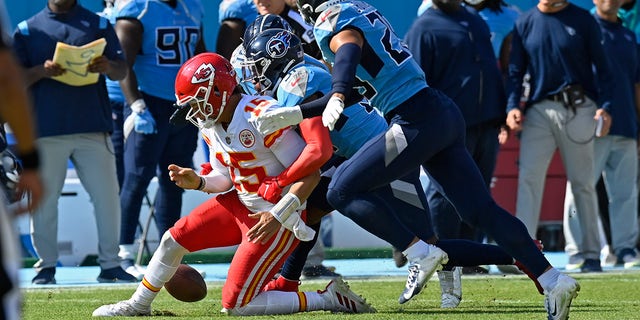 Kansas City Chiefs quarterback Patrick Mahomes (15) fumbles the ball as he is hit by Tennessee Titans free safety Kevin Byard (31) in the first half of an NFL football game Sunday, Oct. 24, 2021, in Nashville, Tennessee. The Titans recovered the ball.
(AP Photo/Mark Zaleski)

The NFL star is leading the league in interceptions with nine and is on pace for the most in his career. He has 2,093 passing yards and 18 touchdown passes as well.

Mahomes added that when it comes down to it, he and the offense have to execute better.

“You can’t take away anything the defenses have done against us. They’ve played us well and have done great things that have limited us to a certain extent, but like I said, I think if we execute and do what we think we can do, we can still go out there and get what we want,” he said. 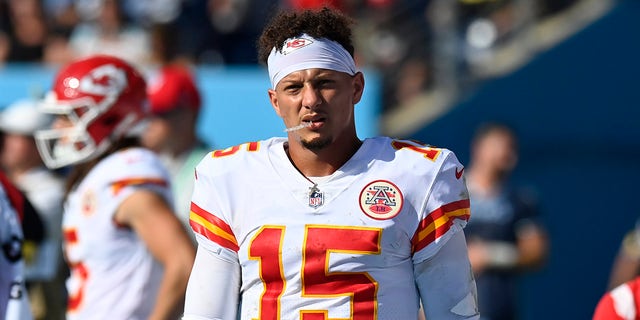 Kansas City Chiefs quarterback Patrick Mahomes walks on the sideline after leaving the medical tent following a hard hit in the second half of an NFL football game against the Tennessee Titans Sunday, Oct. 24, 2021, in Nashville, Tennessee.
(AP Photo/Mark Zaleski)

“We have to go out there and execute play after play after play, and I think that’s something we have to continue to get better at. What I have to continue to get better at is not getting bored with taking a profit and go out there and take those shots obviously, but whenever the short stuff is there keep taking it and moving the ball downfield, no turnovers, cut the penalties out and I feel like we’ll still have success.”

Kansas City will look to get back on track against the New York Giants on Monday night.