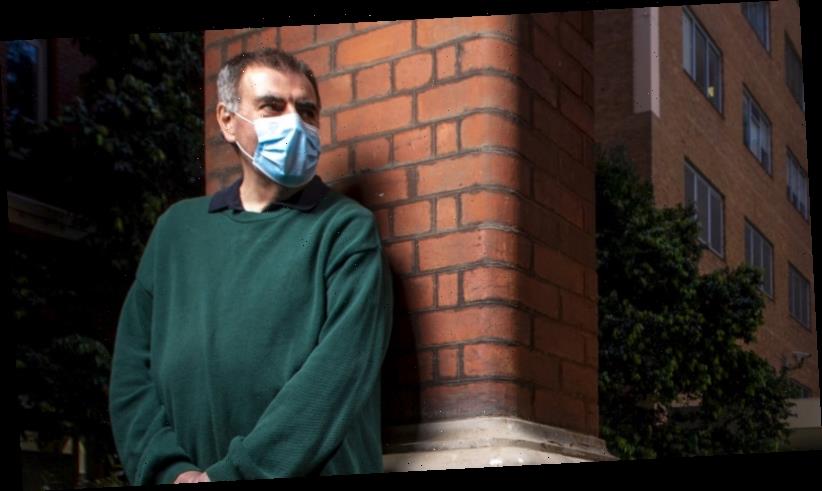 Paul can still recall exactly how he felt as he knocked on a door in Fitzroy in early 2019 seeking support for his mental health.

"I had been struggling for weeks before, feeling no sense of belonging, there's no one to talk to and foremost there is just no purpose," says the former teacher. "You are isolated and disconnected." 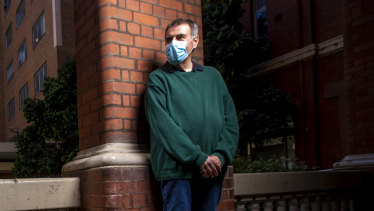 Paul felt in despair and without anyone to talk to when he arrived at Victoria’s first Safe Haven Cafe but is now reconnected with people and work.Credit:Wayne Taylor

"It can get to the point of absolute despair. You feel you want to talk to someone and tell someone."

He had been calling and visiting a hospital emergency department feeling "really distressed" but "often you're not unwell [enough] to be spoken to straight away".

He noticed a poster for Victoria's first Safe Haven Cafe, a place offering support from others who have experienced mental health crisis, and thought, "well, it says they're non-judgmental and respectful, so I knocked on the door".

When you're in crisis … to have somebody to say to 'you're talking about what about my life is like every day', that's powerful.

Being able to find others with lived experience of crisis is one key to helping reduce Australia's high suicide rates according to the Black Dog Institute's What can be done to reduce suicidal behaviour in Australia: A call to action white paper out this week. It recommends many more such spaces are opened.

Black Dog suicide prevention specialist Jo Riley says the research shows emergency departments are often not providing what people experiencing suicidal thoughts need, and that engaging with peers who can meet them eye-to-eye, as they do at the Safe Haven, is often more valuable.

She said one in four people who had gone to an emergency department seeking mental health support said they would not go back, and there was a need for many more places where they could get peer support.

Ms Riley lost her father to suicide and said "the being listened to, and the empathy" of those with lived experience makes a huge difference.

NSW is about to roll out 38 such cafes, Melbourne will have a second open soon and other states are starting to follow.

Fran Timmins, who has worked in mental health for 43 years, said having a non-clinical space where "customers" are not forced into assessments, triaging or "to jump through hoops" to get treatment had kept people coming back.

"All you have to do is stand back to notice people trust their peers more than they trust the experts, and you can see that. It's about somebody who has been through that experience having a way to connect that I as a clinician don't have," said Ms Timmins, who is director of nursing at St Vincent’s Mental Health.

"There's no power struggle, they're equal. When you're in crisis and struggling with feelings inside you no one understands, to have somebody to say to you hand on heart, 'you're talking about what about my life is like every day', that's powerful."

For help in a crisis call triple zero. The Safe Haven Cafe is at 41 Victoria Parade, Fitzroy.