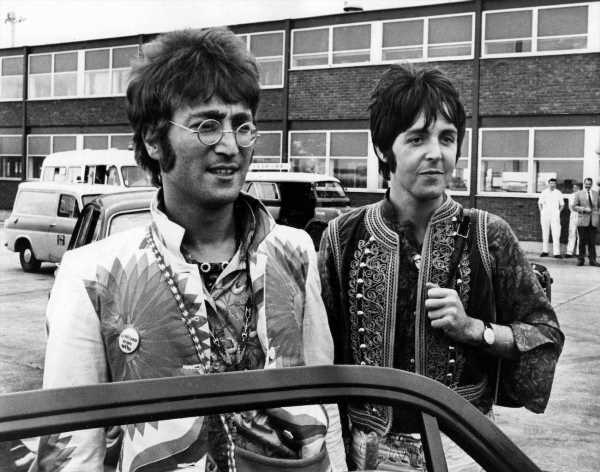 Paul McCartney and John Lennon had a tumultuous relationship. However, there were some beautiful moments between the songwriting duo. They bonded and told each other things in confidence. One of the topics they often discussed was whether or not they thought people would remember them when they were gone.

Speaking on The Penguin Podcast last year about his insecurities, Paul said that John was also insecure. He was especially insecure about whether people would remember him after he was gone.

“John Lennon was not that secure,” Paul said. “I remember John saying to me once, ‘What are people going to think of me when I’m dead? I wonder if they’ll like me.’ And I said, ‘Now just you stop. Listen to me. People are going to go crazy, people love you. And they’re going to love you more.’

“And obviously that’s turned out to be the case,” Paul continued. “You know I had to reassure him and say, ‘You’re great! You may not think it, you may worry that you’ve not done enough.’ I said, ‘But believe me, you have–so it can happen to anyone.”

Paul may not have doubted whether people would remember him, but he often thought he wasn’t good enough. That feeling is one of the reasons why he hasn’t retired yet.

Despite Paul’s successful career, he still gets insecure that he’s not done enough. He frets about competing with other artists and trying to do better, and it’s one of the reasons why he won’t throw in the towel and retire. That, and he’s incapable of saying he’ll stop making music.

“It seems to me that no matter how famous [you are], no matter how accomplished or how many awards you get, you’re always still thinking there’s somebody out there who’s better than you,” Paul told NPR in 2013. “I’m often reading a magazine and hearing about someone’s new record, and I think, ‘Oh, boy, that’s gonna be better than me.’ It’s a very common thing.

“One thing that’s good about it is, I think it’s a good motivator. It keeps you hungry. I think the minute you’re full up and have had enough to eat, then that’s time to retire. But I agree with you — I should be able to look at my accolades and go, ‘Come on, Paul. That’s enough.’ But there’s still this little voice in the back of my brain that goes, ‘No, no, no. You could do better. This person over here is excelling. Try harder!’ It still can be a little bit intimidating.”

It’s like Paul said, even the most famous people are insecure about their work. We’re just glad that Paul was there to reassure John that he was great.