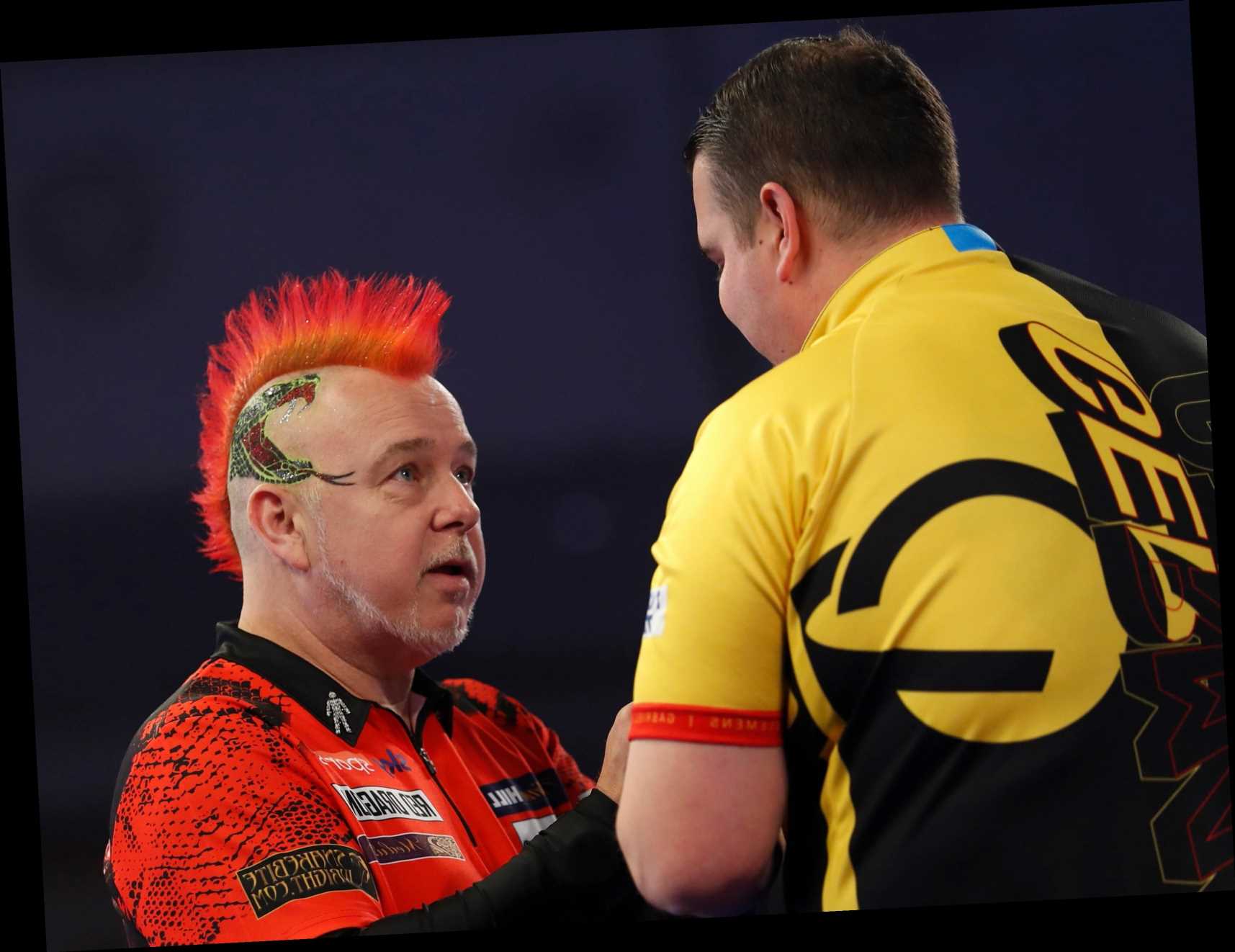 Wright was punished after a desperate series of missed doubles across the first three sets as Clemens became the first player from his country to book a last-16 spot.

“I felt really good going up there, but I had my chances and I didn’t take them,” Wright told Sky Sports. “I took it too easily and I got punished.”

Wright had appeared in little danger as he cruised through the opening set, but Clemens clawed back to level and the champion began to look sluggish behind closed doors at Alexandra Palace.

By the time Clemens nudged ahead in sets for the first time, Wright had landed just four out of 21 shots at doubles, and the German was well in control as he reeled off the first two legs of the fourth set.

But the game looked to have swung when Clemens missed two darts for a 3-1 lead, allowing Wright to battle back to take the set and establish a two-leg lead in the fifth.

Clemens saved the set with a 144 checkout, levelled in legs after Wright had missed a shot at bull for the set, then fired a 128 checkout to go 3-2 up.

Again Wright hit back to force the decider, piling the pressure on Clemens who had the darts in the decisive leg, but the 37-year-old responded by coolly converting on double 16 for the biggest win of his career.

Clemens told Sky Sports: “I played against the world champion, who is such a fantastic player and a nice guy.

“I’m a lucky guy, he missed so many doubles in the first set and he would normally win the game. But I felt good and practised hard, and I’m really happy.”

In the last 16 Clemens will come up against Krzysztof Ratajski, who pulled off a minor upset by whitewashing Simon Whitlock in the afternoon session.

Elsewhere, there were no surprises for three-time world champion Michael Van Gerwen, who continued his quest for another crown with a 4-0 whitewash of Ricky Evans.

Van Gerwen’s quickfire win was a little harsh on Evans whose own average edged into three figures, but the Dutchman was at his clinical best to keep command throughout.

Van Gerwen said: “I hoped I was the one who was going to beat him, but I just need to make sure that whoever gets on my track I have to beat.

“I thought I played a good game, so I can’t really complain. Whenever I needed a good leg I got it, and if you do that you are ready to do some more damage.”

Van Gerwen will next face Joe Cullen, who edged his good friend Jonny Clayton 4-3, while there were also wins for Ryan Searle and Dimitri Van Den Bergh over Kim Huybrechts and Jermaine Wattimena respectively.