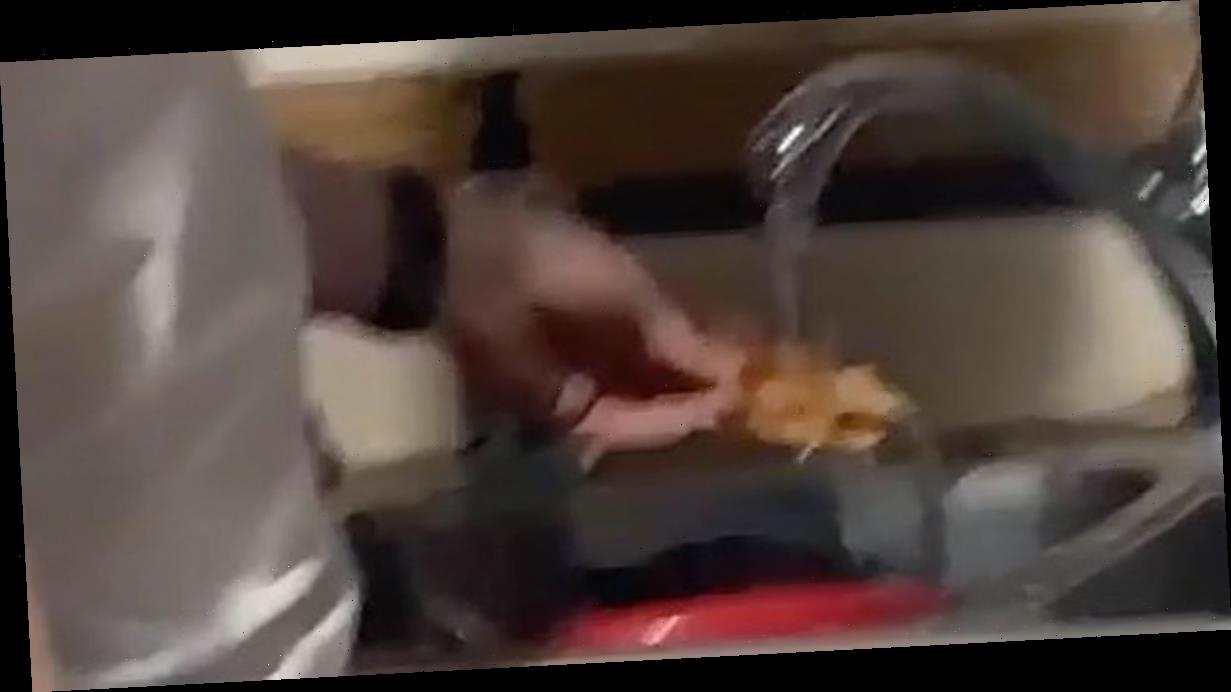 Footage of a man's strange ritual before eating a pizza has left Reddit users jokingly calling him a serial killer and begging his wife to divorce him.

In the clip, uploaded by his wife, Reddit user u/DaddyRavioli, he stands at the kitchen sink washing his cooked pizza under the tap to "cool it down" before he eats it.

His wife first witnessed his gross habit when they were in college together, and she wrote that he "says it didn’t change the taste and was still good".

The video has received more than 52,000 upvotes on the forum since it was uploaded today, January 12, and while many people simply refused to believe it was real, others suggested her husband was bonkers.

One person commented: "What in every single f*** is happening here?

"Does this not remove all grease and flavour?"

More dramatically, another person quipped: "Get out of the house now, your husband is a serial killer."

"I’m calling the police," said one.

"Don't breed, his bloodline must end," joked someone else.

Many users agreed the worst part of rinsing his pizza was that it was certain to make it soggy and leech out a lot of the flavours.

One person blasted: "Yes, the last thing you want is a soggy pizza and he thinks running it through water doesn't affect eating it?

"Why have a crisp delicious pizza when you can have a soggy disgusting one?"

This comes after a man's pizza hack for using the white plastic spacer that comes in the middle of the box was hailed as "genius" – with it resulting in much easier to remove slices.

And another lad showed how he made a "pizza toastie" – with fans excited to try it out.

His recipe basically involves sticking two pizzas together, with the fillings inside and added cheese, and makes a supersized calzone-style pizza.