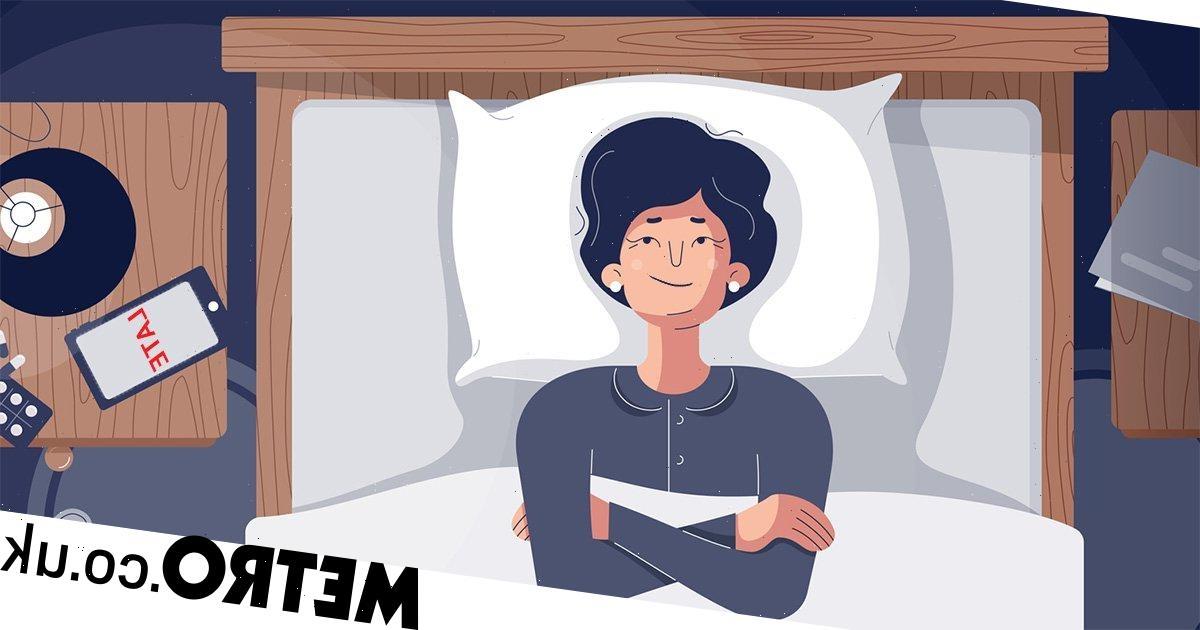 At what age did you lose your virginity?

According to NHS Borders, the average age in the UK is 16 to 17, though many have experienced sex earlier.

There can be huge societal pressure for both men and women to conform to this ‘norm’ – but for some people, waiting is rewarding.

While waiting to have sex can be associated with celibacy, constraint, religion or even being an outcast, the truth is for many people sex just comes later and that’s a personal choice – not because of a lack of options.

Last week, on Metro’s sex podcast the Smut Drop, the hosts discussed whether there was an ideal age to lose your virginity, with a guest suggesting that 18 was too young to have sex.

Many won’t agree with this statement, but more people than you might think are happy they had sex for the first time when they were a bit older – and they all have their own reasons for waiting.

‘I didn’t feel ready before that and I wanted to make sure it’d happen with someone who loved me and respected me.

‘It became obvious I was a virgin at university while playing “never have I ever” with friends and the news quickly spread like wild fire, especially because I was quite the party girl and I guess people were just surprised.

‘Girls came to me to say they wished they waited longer, and boys started flirting with me like crazy, thinking they’d get a prize if they “won” me.’

This toxic behaviour made sex more ‘daunting’ and solidified her decision to wait for a loving relationship.

Ultimately, the experience happened with someone six months into what turned out to be a two year relationship.

‘For example, I’m also a happy childfree woman by choice despite all the societal pressure, especially as I’m nearing 40 soon.

‘I think people should do what they want to do with their lives and bodies, not what they feel they should.’

Kate Moyle, a sex psychologist working with sexual wellness brand LELO, believes culturally we are in a set up steeped with pressure to get sex over with.

She explains: ‘Many people feel that they have sexual encounters because they think that they “should” sometimes rather than a genuine want for the experience.

‘This is because we have so many narratives and messages loaded onto sex, and some of these involve messages around the right time of sex or to explore, or that if someone isn’t having sexual experiences that it may be framed as a negative.

‘Sex is a funny area of our lives because so much that we are comparing ourselves to is our assumptions about what everyone else is up to rather than the reality, as we rarely discuss it.’

Kate also notes it’s possible to be sexual without wanting to have sex or go ‘all the way’ – there is nuance that often gets missed within teenagehood.

‘For some it will feel like ticking a box or fulfilling something that they think is expected of them, she adds.

‘Sexual experiences do not have to focus around intercourse or certain acts, but around whether those involved had a satisfying and enjoyable time.

‘Sex is subjective and can’t be measured objectively.’

It’s also worth remembering that virginity is a societal construct that’s extremely heteronormative.

As we work to be more inclusive, Kate says the phrase ‘sexual debut’ can be a more helpful alternative to virginity, as it feels more open to all kinds of sexual experiences and sexualities.

For Ada, waiting for sex until 25 was an affirming experience that suited her personal wants around love and relationships.

‘I definitely don’t regret waiting,’ she tells us.

‘I wasn’t ready, and I didn’t want to be pressured into doing something.

‘I made a decision to not have sex with anyone who I couldn’t see myself married to, and funnily enough, my group of friends weren’t losing their virginity at the typical age either.

‘We were all pretty much on the same page.’

She had sex for the first time soon after getting engaged and is grateful she stuck to her ‘personal convictions’.

Ada continues: ‘I feel that the concept of a “normal” vs “late” time to have sex are societal labels manufactured to give people FOMO.

‘People are individuals, and no one should an unwanted experience just to fit in.’

When talking about virginity, Kate believes we need to get better at not passing judgement on others.

She says: ‘Like everything else in life we all do things in different ways at different times.

‘We can be very judgmental about sex and make lots of assumptions about what someone’s behaviour means about them sexually.

‘We can also very easily shame people for their sexual experiences quite simply by the way that we talk about them, and this can shut someone down sexually or make them question themselves.’

As with many things relating to sex, a little more open mindedness is needed.

*Name has been changed.

Smut Drop is a weekly podcast with hosts Jackie Adedeji and Miranda Kane from Metro.co.uk, touching on sex, dating and relationships.

And we want to hear from you, too! As part of our podcast we’ll be sharing listeners’ experiences, thoughts and questions on a different theme every week.

So if you want to be involved in something brilliant – either anonymously or using your bold and beautiful name – drop us an email to smutdrop@metro.co.uk or slide into our DMs on Twitter @smutdrop.

With new episodes dropping every Wednesday, you can download Smut Drop from all your usual places.