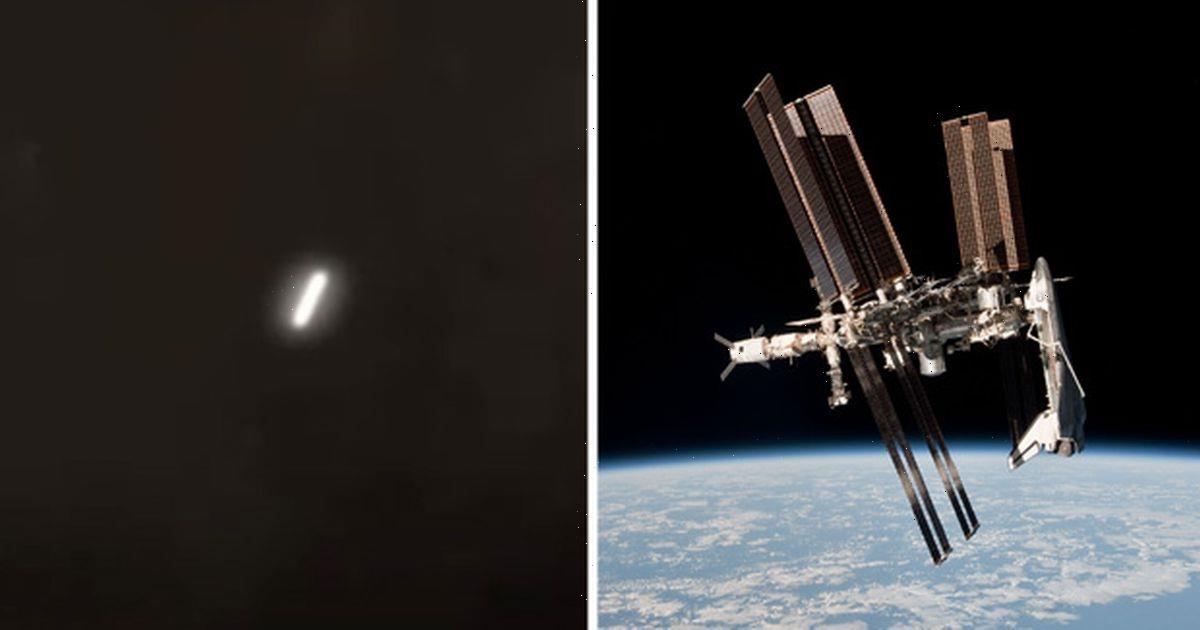 A space watcher claims to have spotted a bright cigar-shaped UFO hurtling past the International Space Station (ISS) in a crystal-clear video.

Conspiracy theorist Mr MBB333 received the video from follower Mary Hall, who was convinced that she saw a "solid object" flying past the ISS.

She claimed to have seen a cylindrical "craft" flying past on Tuesday, July 13.

Footage posted on YouTube shows the ISS camera pointing at the "dark side" of Earth and seconds later, a bright, elongated object appears from the top corner of the frame.

The anomaly moves at speed as it hurtles past not far from the space station.

What do you think the object was? Let us know in the comments below

Mr MBB333 commented: "What in the world? See that? I need to slow it down because it is going incredibly fast and I’m going to zoom in.

"There, you can clearly see it’s some sort of a cigar-shaped object, I have no idea what that was. It looks out of place.

"You don’t normally see like that close to the Space Station. That’s a fast-moving projectile, looks like a solid object.

Viewers were blown away by Mary’s keen eye to detail, with one saying: "Mary has eagle eyes, she doesn’t miss anything!"

Another suggested: "When that thing moves, some stars in the background disappears."

"Looks like the tic tac crafts that the military denies it’s chasing all over the world," a third joked but a forth believed the UFO was not in a cigar shape.

"That object wasn't necessarily cigar shaped," he explained. "It could've been blurred in each frame due to movement which with consistent velocity would appear cigar shaped."

Others suggested it was simply some space debris.

It comes after residents in Las Vegas reported seeing a gigantic black shape hovering in the sky during a lightning storm.

For more weird and wonderful stories, sign up to one of our newsletters here.