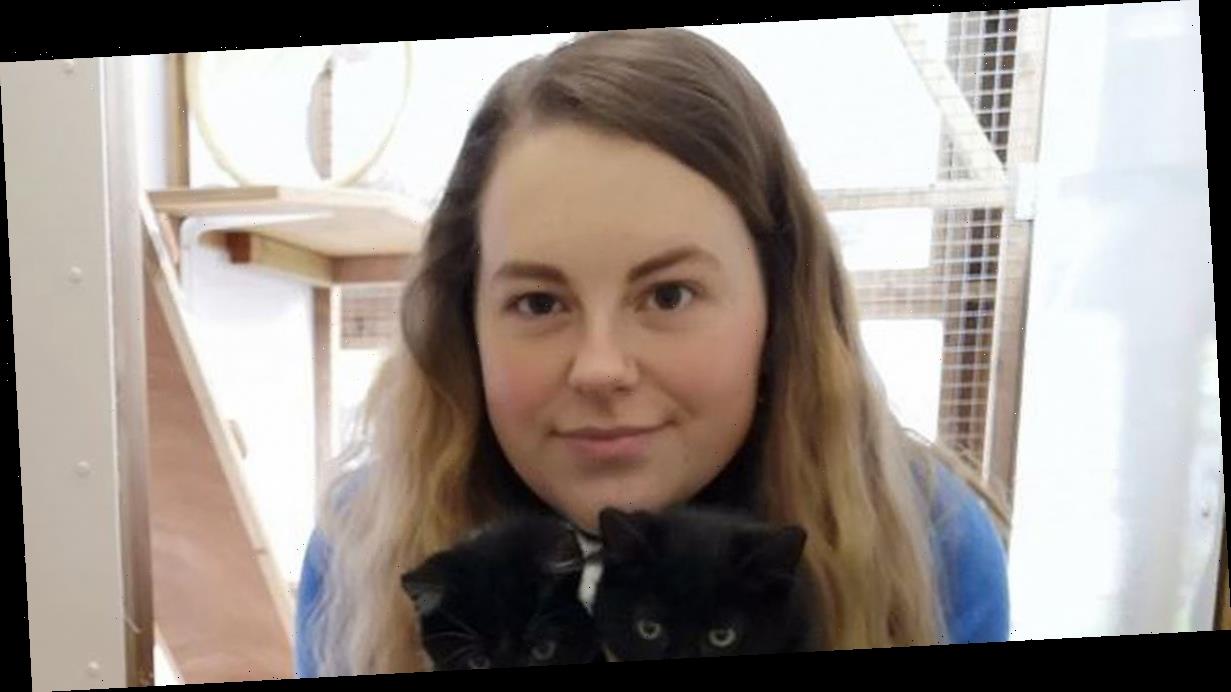 A chronically-ill pet rescuer who has helped rehome hundreds of cats and kittens has scooped a
prestigious award.

Abbie Carter picked up the Furever Friends trophy at BBC Radio Stoke’s Make a Difference Awards, where her work as a serial Cats Protection fosterer was recognised.

The 22-year-old, who suffers from ME, has six cats of her own.

But it was while she was recovering from an operation to remove a cancerous lump in 2017 that she decided to set up her own feline charity, Abbie’s Cat Rescue.

“The moment I got the all-clear, I decided I had to do something positive with my life,” she said.

“My parents were a bit cautious, but soon they saw how much energy this new project gave me. It was a reason to live.”

Abbie built a special pen in her back garden for the cats and set up a social media page.

And within days, she started getting enquiries from prospective new owners and people who wanted to find their cats a new home.

“It kind of went crazy,” she said. “The sheer volume of messages I was getting, combined with all the fundraising, was slightly overwhelming.

"But by chance I got speaking to Cats Protection, explaining that I just didn’t have the room for any more cats, and they suggested fostering.”

One of the first cats Abbie took in was heavily pregnant and she had to bottle-feed the kittens for 12 weeks before matching them with local families.

“It’s very hard not to form bonds, but to know they’re going to a good home means everything to me,” she said.

“Sometimes I bump into their new owners on the street who rush up to me to show me their photos and say how grateful they are.”

Abbie, from Stoke-on-Trent, was ­diagnosed with ME at the age of 14 after she started feeling inexplicably tired.

But in early 2017, she discovered a lump behind her ear and scans showed it was an acinic cell carcinoma.

After it was safely removed, Abbie was given the all-clear and was inspired to set up her cat charity.

“I felt like I needed to do something other than waiting to be well enough to work,” she said.

“I can’t see any reason why I’ll stop but would love to train to be a vet or veterinary nurse – as long as I can specialise in cats!”