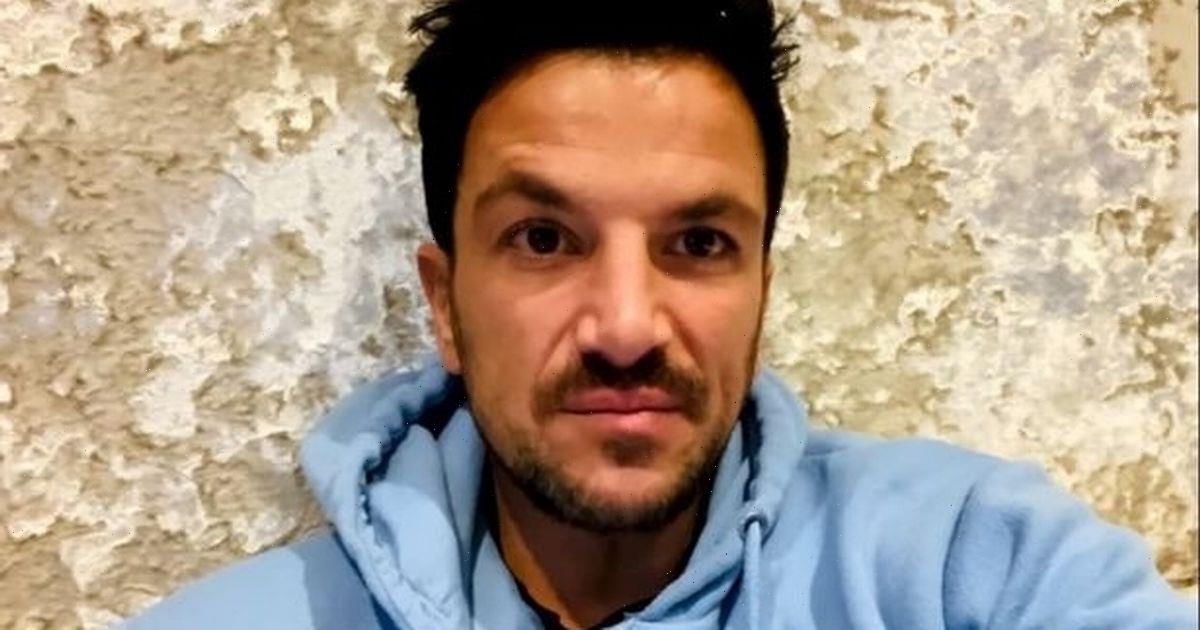 Peter Andre posted the duet with his son Junior, who he shares with Katie Price, of the two performing a lip synced rendition of Skate by R&B duo Silk Sonic in the back of a car.

The dynamic duo were both dressed in white shirts, black waistcoats and trousers as Junior opted for a smart bow tie while Peter went for a classic look.

Peter shared the sweet moment on Instagram to his 1.7 million followers and captioned the post “Skate!”, tagging his son, who has recently signed a recording contract, and the band.

Followers ran to the comments and one said: “Fantastic! Love, love, love the relationship you have with all your kids!”

Other eager fans gushed: “You need to do a song together” and “A duet is needed from you two”.

The Australian singer followed up the post with a clip of his daughter Princess and his wife of six years Emily. The pair look gorgeous as they also lip sync along to That’s What I Like by Bruno Mars.

Emily wore her long blonde hair in curls with a sequined silver dress and matching clutch bag, and the camera switches to Princess sporting a curly updo and a black halter neck dress.

The sweet moment with his teen son comes after Peter’s recent run-in with his ex-wife Katie, the mother of Junior and Princess.

Peter rarely talks about his ex-wife, but has recently hit back after she accused her ex-husbands of ‘making money from her name.”

Katie, who is currently in Las Vegas where she and her partner Carl Woods have recently obtained a marriage license, wrote in an Instagram post to her 2.7 million followers: “I’m asking you both kindly to leave me alone now and stop making money from my name.”

Peter snapped back with: “I don’t do stories. It’s not my bag. I never get involved. Just thought I’d let anyone interested know.”

He signed the post with: “Nice try though” and a smiley face.

Despite rarely discussing Katie, it seemed as though the pair were on good terms after the ex-model and singer posted a snap kissing Junior’s cheek on his birthday.

She captioned the post: “So proud of the young man he’s turning out to be, his dad and I have done a good job” to which Peter replied: “He’s a good boy, I’m so, so proud.”

A follower noticed the exchange and praised Peter for being amicable with Katie to which Peter responded: “We’re friends and she’s mummy, so of course.”