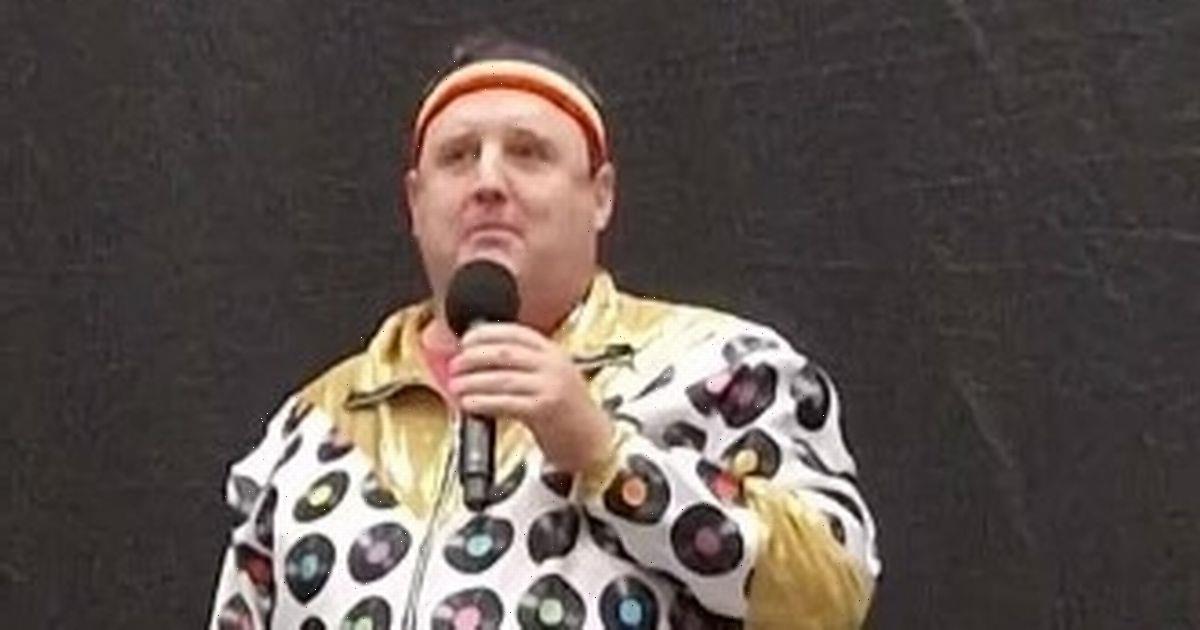 Peter Kay has made a rare appearance on stage, and fans have gone wild as they anticipate a 2023 tour announcement.

Donning an elaborate gold tracksuit adorned in a pattern that saw graphics of discs cover the bomber jacket, the star looked joyful as he took to the stage for a comedy stint for the first time in a while.

He stepped on-stage in Liverpool on Friday night (August 19) and hosted his Dance For Life show in aid of Cancer Research UK.

READ NEXT: Why was Peter Kay away for 6 years as rumours swirl around 2023 comeback tour

The 49-year-old comedian took a step back from fame in 2017 when he cancelled a 14-month tour because of an "unforeseen family circumstance".

The comedian used to regularly tour and appear on TV shows, with the beloved Bolton-born national treasure even making music history with a rendition of Tony Christie's 1971 hit (Is This The Way To) Amarillo, and his stint as Geraldine.

Back and better than ever, Peter was looking incredible in his golden tracksuit last week when impressed fans in Liverpool, with one even dubbing it "the best night" of their life.

Taking to Twitter, fans were quick to praise the star for his "fantastic" appearance.

"Danced the night away with [Peter] and had a fantastic night," penned one fan.

Another added: "Just had the best night of my life at [the show]. I can't even describe [it]. Three hours of non-stop dancing. Peter you have gone too long. Welcome back you legend."

While a third said: "Dance for Life tonight was absolutely incredible! Had the best time!' and, 'Dance For Life in Liverpool was amazing last night. 3 hours of non stop dancing. Thank you for a fabulous night."

The last time Peter was seen on-stage was back in May at the Ivor Novello Awards, so this recent appearance will no doubt leave fans excited and gagging for more.

Earlier this year The Sun reported that the comedian was gearing up to announce his 2023 comeback tour this year.

As of August, the comedian hasn't announced anything yet, but with him taking to the stage in Liverpool on Friday, could he be gearing up for a huge stage return? Watch this space.