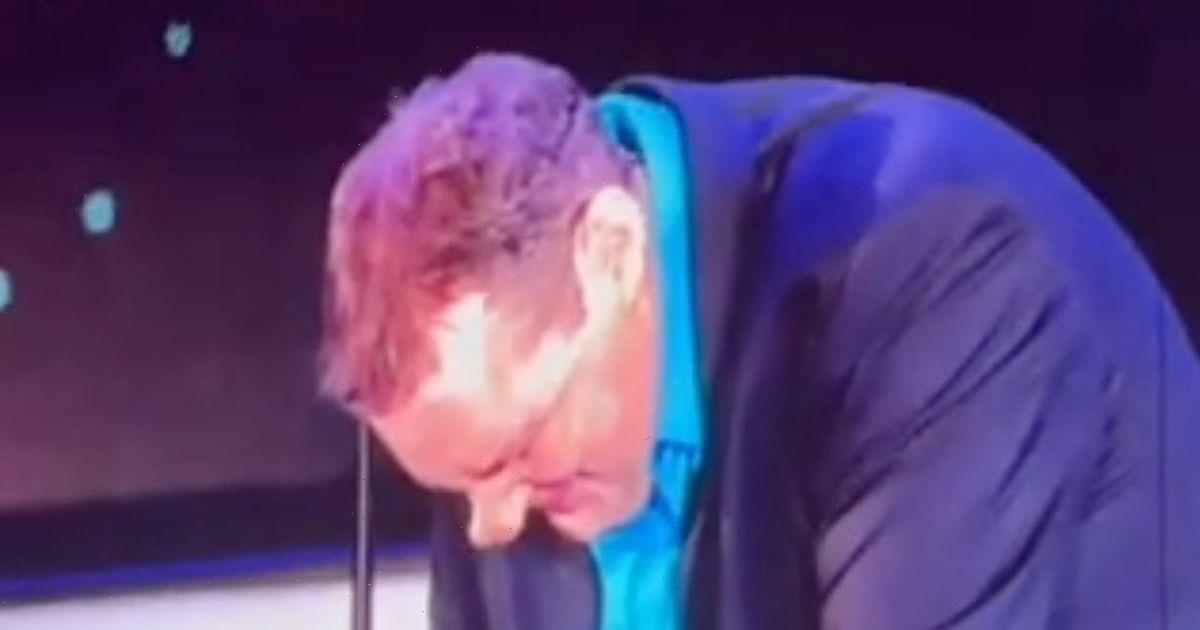 Peter Kay shed tears amid a standing ovation as he made his return to stand-up comedy 12 years after his last tour.

The comedian, 49, appeared at Manchester's AO Arena last night (Friday) as embarked on a 110-date run and played to a sell-out crowd in Manchester, 16 miles from his home town of Bolton.

As he was met with enthusiastic applause, he said: "Aw you’ll have me in bits. Lovely Manchester you made me cry. I can’t believe I cried, where did it come from all that emotion?"

After Manchester, Peter will perform in locations including Birmingham, Liverpool, Belfast, Newcastle, Glasgow and Dublin, with his run ending on in August at the Sheffield Utilita Arena.

The Car Share star's comedy comeback was promoted during an ad break in the series launch of I'm A Celebrity… Get Me Out Of Here! on ITV last month.

He said: "It's good to get back to what I love doing best, stand-up comedy, and if there's ever a time people need a laugh it's now.

"And with the cost of living at an all-time high, ticket prices are starting from £35 – the same price they were on my previous tour in 2010."

The Peter Kay Live Tour is his first since 2010, which proved to be the biggest-selling run of all time, playing to more than 1.2million people.

The dad-of-two was expected to earn up to £40million from hosting 109 nights from April 2018, but these were cancelled in 2017 "due to unforeseen family circumstances".

Peter returned to the stage in 2021 for two charity shows to raise money for Laura Nuttall, a then 20-year-old with an aggressive type of brain cancer.

He also appeared on BBC Radio 2 in the same year to talk to Cat Deeley about his love of music and Mamma Mia.

He also made a surprise appearance at a charity screening of Car Share in 2018, and at a theatre in Salford this October a with "new material" for fans – described as "secret and unpolished" – to attend.

Prior to his "secret" gigs this autumn, the last time Peter was on stage was in August when he appeared at his Dance For Life show in aid of Cancer Research UK.