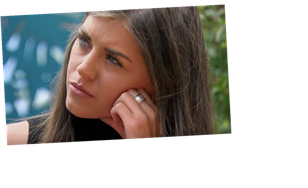 By the looks of the teaser for Part 2 of Peter’s Bachelor finale, Madison will return to the show after leaving him brokenhearted. Though it was a difficult decision, she chose to self-eliminate when she realized that her and Peter’s values were simply too different. But now, it appears that she has some regrets.

That last claim is confusing, considering Peter is kind of in charge, and also…this was filmed months ago? Nevertheless, the new teaser does hint at a Madison comeback. In the clip, she sits across from Chris Harrison. "Do you regret what you did?" he asks her. "Yeah," she says frankly. "Are you in love with Peter?" he shoots back, though her answer isn’t shown. In another part of the video, Madison narrates some footage: "My heart, to this day, has wanted Peter."

This would explain the "shocking" news Chris Harrison delivers before Peter’s final rose ceremony, which seems to send him into an emotional spiral. It definitely seems like Peter has stronger feelings for Madison, and that her coming back would make his choice a lot easier for him. But at the same time, he’s been uncertain for basically the entirety of his Bachelor season, so who really knows what he’ll do at this point. As Chris Harrison said, if you think you know how Peter’s season ends…you don’t.