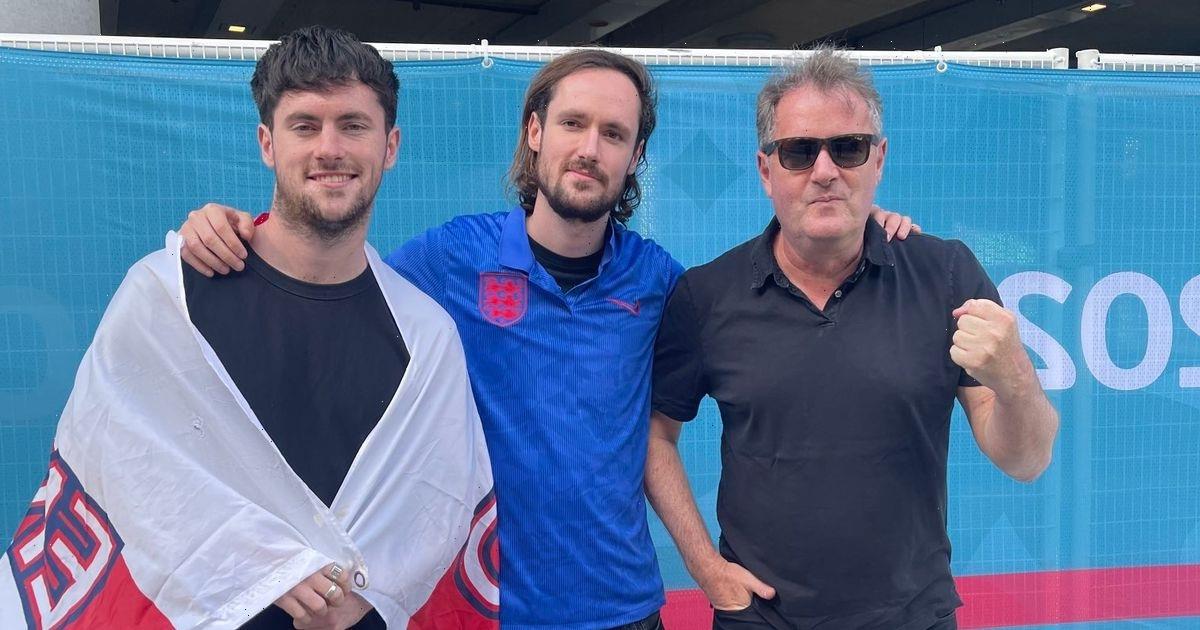 Former Good Morning Britain host Piers Morgan will be watching the semi final tonight in the hope that England will sail through to the final – like many other football fans across the country.

Piers will be watching the game in person at Wembley with his two sons Spencer and Bertie, and to celebrate the occasion, the TV presenter shared a snap outside the stadium.

In a photo posted on Twitter, Piers stood with his two sons as they posed in front of a blue Euro 2020 banner by Wembley.

While Piers didn't appear to be wearing any football clothing, his sons certainly made up for it. Piers opted for a simple black polo and a pair of black jeans, while he held his hand in a fist as he hoped for success of the next match.

Meanwhile, his son Spencer opted for a blue England shirt and a pair of jeans, while Bertie wore a simple black t-shirt and jeans – but he wasn't to be seen without his England flag.

As Piers posted the snap, he tweeted: "Wembley! Come on England."

Among many fans asking how he managed to get tickets to the incredibly sought-after game, many people questioned where his football gear was.

One user wrote: "Piers, what happened with the England shirt?"

While another added: "Where's the England shirt Piers?"

Spencer was posting clips on his Instagram as he showed p to Wembley with his dad and brother, sharing a video clip of them inside the stadium in preparation for kick off at 8pm.

He also posted a photo with Bertie directly outside Wembley as other fans were walking up the stairs to get inside and prepare for the game. As he shared the snap, he shared a crude caption, writing: "Back at the gaff. We're in the semis and it's giving me one. Two wins from glory."

Followers encouraged them to enjoy the match as they headed inside.

England will play against Denmark in the semi finals at Wembley this evening, with kick-off at 8pm.

If the team make it through, they will be playing against Italy on Sunday, July 11.