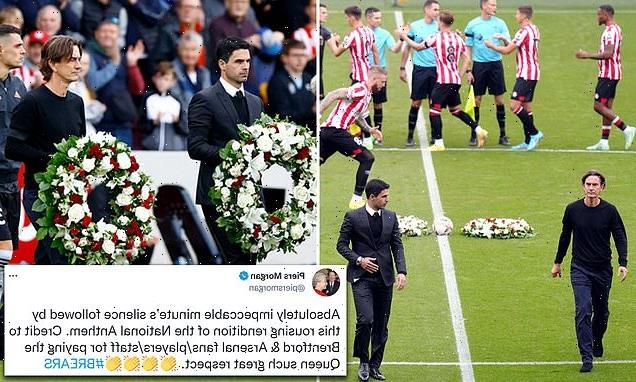 The minute’s silence for Her Majesty The Queen before Brentford vs Arsenal was observed perfectly by those in attendance at the Brentford Community Stadium on Sunday, with Piers Morgan praising fans for their behaviour.

Respects have been paid across the Premier League after The Queen’s passing last week, with managers leading teams out before a minute of remembrance and the national anthem.

In the capital, the silence was carried out perfectly before a rendition of God Save the King from Lloyd Griffith, after several other tributes had been disrupted across the country.

Morgan, an Arsenal fan, tweeted: ‘Absolutely impeccable minute’s silence followed by this rousing rendition of the National Anthem. Credit to Brentford & Arsenal fans/players/staff for paying the Queen such great respect.’

The Premier League released a statement explaining that clubs would be given an opportunity to ‘pay tribute to Her Majesty Queen Elizabeth II’ at each game during the weekend of 16-18 September.

The services have generally been carried out well, but some fans have disrupted tributes at various grounds, with the biggest protests in the country at Anfield before Liverpool’s Champions League game against Ajax last week. 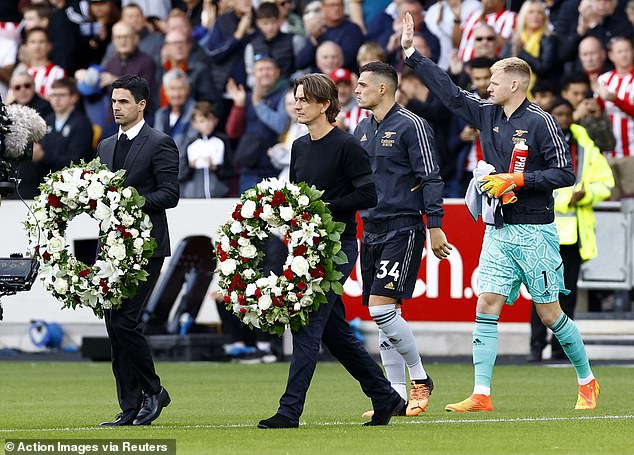 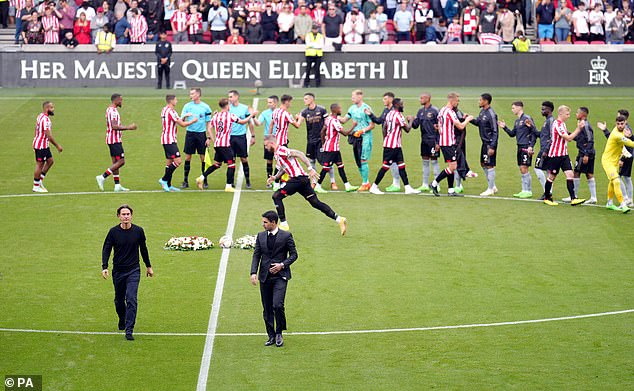 Boos could be heard at the Tottenham Hotspur Stadium on Saturday before Antonio Conte’s side faced Leicester, and the minute’s silence at Dundee United was interrupted by chanting from home supporters.

At Brentford, the teams, led out by managers Mikel Arteta and Thomas Frank, were clapped onto the pitch before the minute of silence.

The teams then gathered around the centre circle, with wreaths placed in the middle of the pitch by the managers. 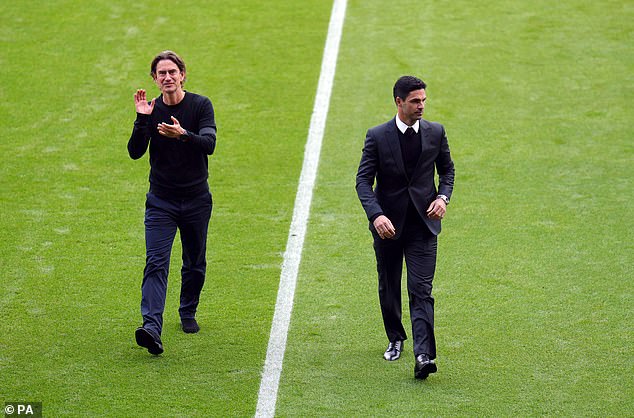 Frank and Arteta led their teams out, as Premier League managers have done this weekend

The silence was observed impeccably, before the national anthem was sung with Union Jack flags on show in the stands, with a minute’s applause carried out on 70 minutes to mark the 70 years The Queen reigned for.

Players and staff have also been wearing black armbands as a mark of respect, with The Queen’s state funeral set to take place tomorrow.

Arsenal returned to the top of the Premier League with a 3-0 win, leapfrogging Manchester City.