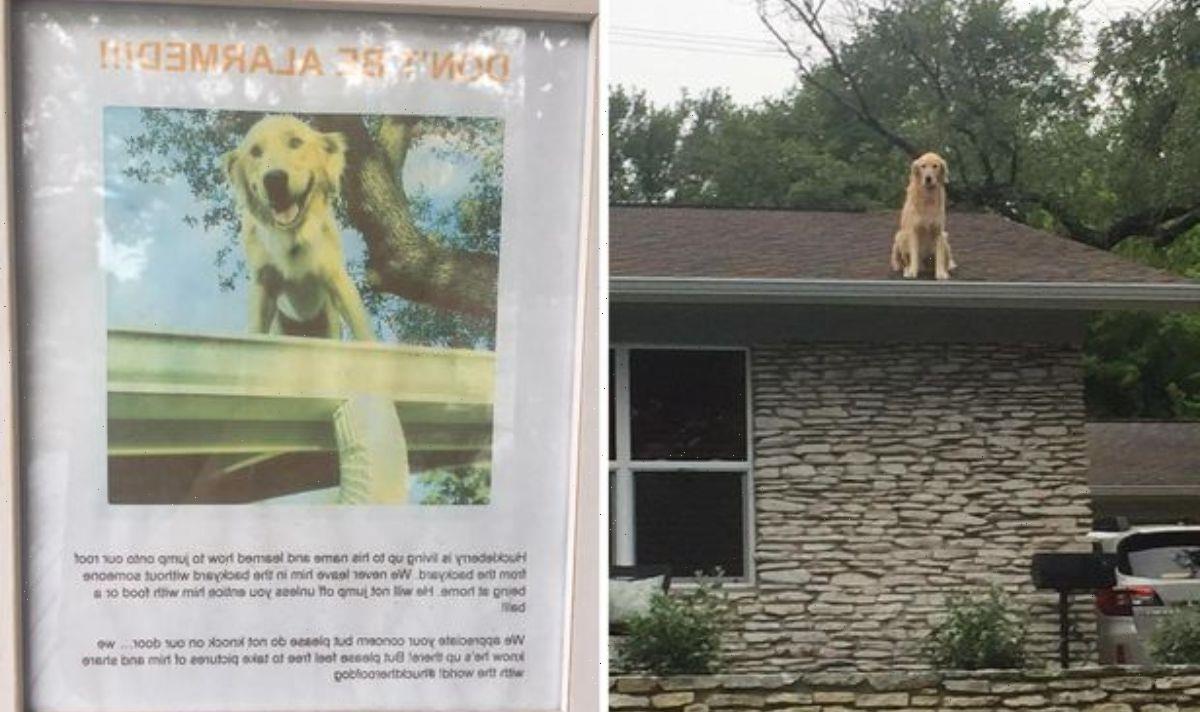 Huckleberry’s unusual behaviour has turned heads on his street in Austin, Texas, with neighbours sharing their concerns online. His owner has been forced to install a sign outside her house to explain the golden retriever’s bizarre tendency and reassure the neighbourhood that he is safe.

The sign read: “Huckleberry is living up to his name and learned how to jump onto our roof from the backyard. We never leave him in the backyard without someone being at home.

“He will not jump off unless you entice him with food or a ball!

“We appreciate your concern but please do not knock on our door – we know he’s up there! But please feel free to take pictures of him and share with the world!”

The woman would receive four to five people knocking on her front door with questions about Huckleberry before she was finally driven to install the sign outside her house, the Mirror reported. 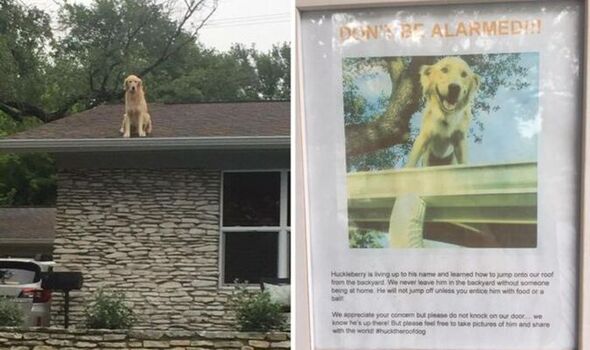 She said this has now dropped to once or twice a week as some passers-by still “miss the sign” and stop the ask whether she is aware her dog is on the roof.

After a photo of Huckleberry was shared on Reddit, the woman started answering users’ “burning questions” about his adventurous behaviour.

Asked if she can hear him walking around the roof when indoors, the owner replied: “Yes, it’s annoying, especially with an infant who’s trying to nap.

“The worst is when someone starts waving at him and he bolts to the front of the house – I’m surprised all my shingles are still intact.”

Asked whether he has ever “pooped on the roof”, she joked: “Now that you’ve said that… I’ve have been wondering why my gutters have been clogged and there aren’t any trees around them…”

One Reddit user, who was surprised when he spotted Huckleberry on the roof, said: “He barks at joggers to get more attention as if he needs it”.

Another said: “I love your dog! He seems like quite the neighbourhood attraction.”

The golden retriever now has his own Instagram page called hucktheroofdog, which has racked up more than 39,000 followers with his roof-climbing antics.

His owners recently got another dog, Bluebell, who has already started following in Huckleberry’s footsteps.

Sharing a picture of Bluebell on the roof on Instagram, they wrote on Instagram: “Introducing my new little sister… Bluebell. Named after my favourite Texas ice cream and from the same breeder I came from.

“I’m still not sure what to think of her but my family seems in love so I think I will be too.”