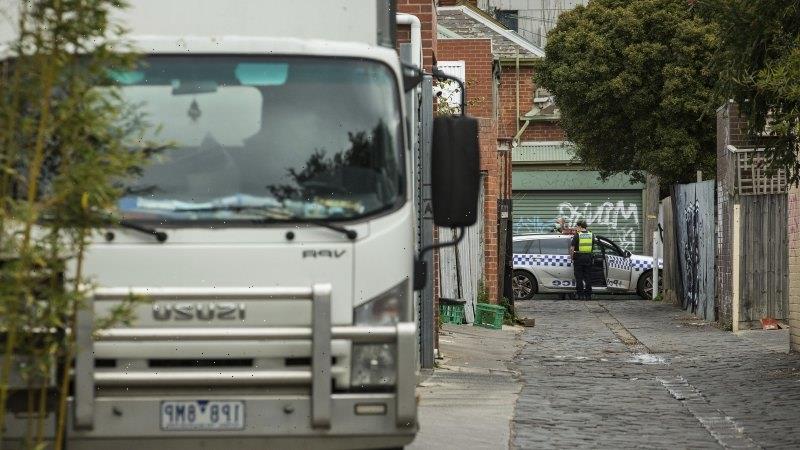 Police have blocked laneways around a Ripponlea synagogue, where more than 100 worshippers are marking Jewish New Year in what appears to be a breach of COVID-19 restrictions.

The Age has been told that members of the Orthodox Jewish congregation entered the synagogue at about 5am Tuesday and are refusing to leave the Glen Eira Road building until nightfall. 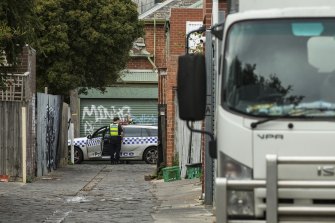 Police in Ripponlea outside a synagogue on Tuesday.Credit:Darrian Traynor

Police officers have been in the area since early on Tuesday. Just before midday, they were joined by staff from the Department of Health.

A police source not authorised to speak publicly said a forced entry was unlikely, with officers expected to wait until worshippers leave the synagogue later on Tuesday before taking any potential action.

Police cars have blocked two lanes behind the Ripponlea synagogue, where the holy day known as Rosh Hashanah is being celebrated.

Observant Jews typically spend much of the day praying in synagogue on Rosh Hashanah, which is part of the religious calendar’s high holiday period. 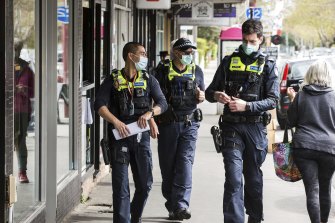 Police on the street in Ripponlea.Credit:Darrian Traynor

Rosh Hashanah marks the beginning of the two-day Jewish New Year and is traditionally marked with a day of prayer and festive meals.

It is customary for many Jews to refrain from using their phones during religious holidays.

The gathering appears to be a breach of the state’s strict lockdown rules, although it remains unclear what enforcement action, if any, will be taken by police.

The Department of Health and Jewish organisations, including the Anti-Defamation Commission and the Council of Orthodox Synagogues Victoria, have been contacted for comment.