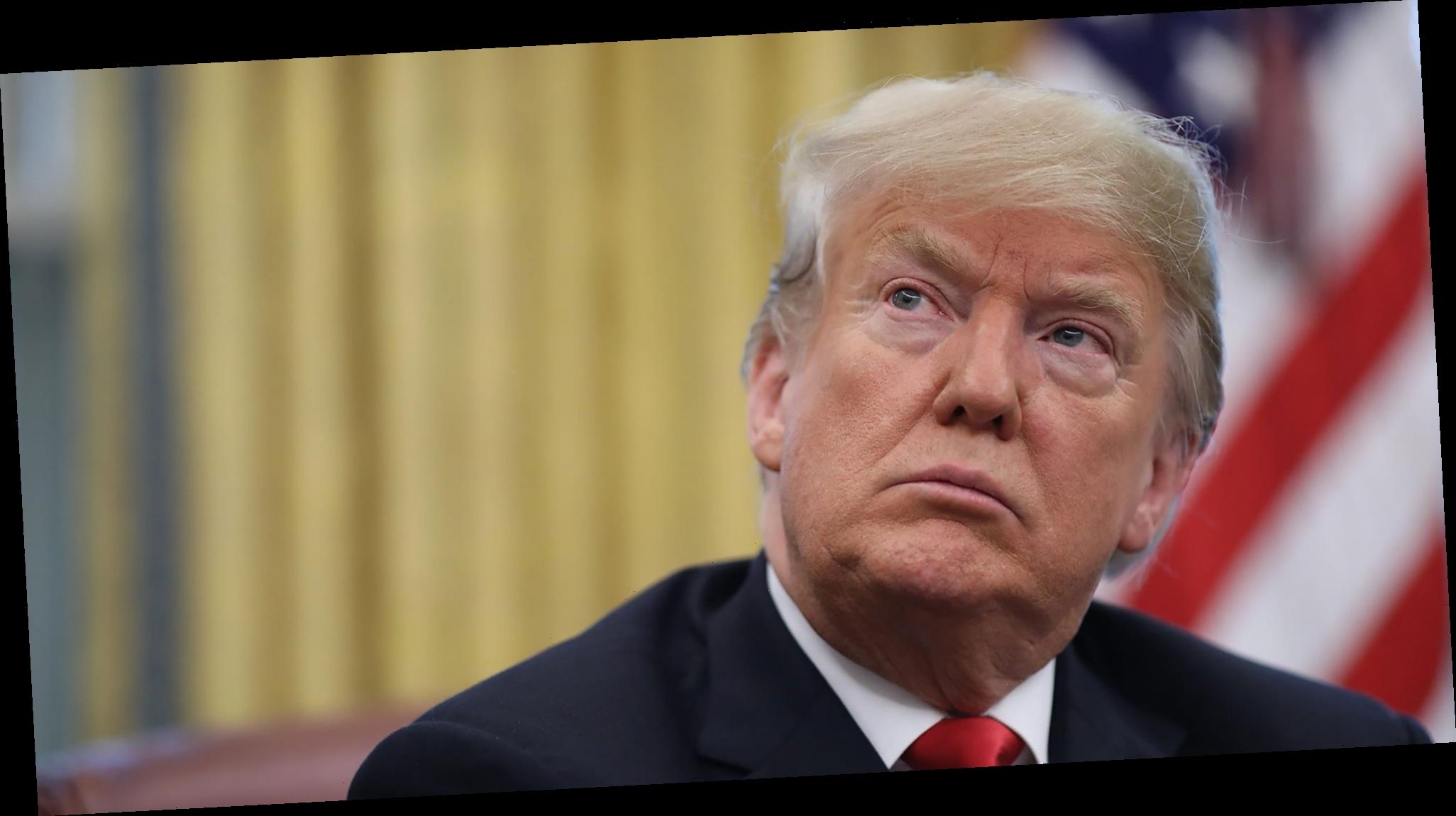 Yesterday was a dark day in the history of the United States. The violence at Capitol Hill was a horrifying attack on democracy that has left the whole country outraged and saddened, especially at the lack of accountability and condemnation from the Commander-in-Chief.

The cards are on the table for the 25th Amendment to be invoked, which would allow Vice President Pence to take control if the administration feels that the President is "unable to discharge the powers and duties of his offer." And serious discussions are reportedly being had by the cabinet about exercising this amendment.

Celebrities and politicians are taking to social media to ask for the 25th Amendment to be invoked, which would remove Trump from office just 13 days before the end of his term.

Senator Elizabeth Warren tweeted for his removal after it was reported that serious discussions were being had by "Trump Cabinet secretaries."

"I've said it before, and I'll say it again: the Cabinet should stop hiding behind anonymous leaks to reporters and do what the Constitution demands they do: invoke the 25th Amendment and remove this President from office."

U.S. Representative Ted Lieu also tweeted Mike Pence asking him to exercise the amendment with a letter from other members of the House Judiciary Committee.

"Dear @VP @Mike_Pence: If Trump doesn't resign, please start 25th Amendment proceedings to remove him. As you are well aware, @realDonaldTrump is detached from reality, angry and dangerous. Below is our letter to you from multiple Members of the @HouseJudiciary Committee."

Alexandria Ocasio-Cortez and other members of The Squad also called for actions to be taken to save our democracy.

"For now, we must focus on task at hand: to preserve the integrity of our democracy, hold accountable those responsible for their attempts to subvert our nation's elections and shred our Constitution apart."

"Donald J. Trump should immediately be impeached by the House of Representatives & removed from office by the United States Senate as soon as Congress reconvenes.

This is dangerous & unacceptable."

Celebrities and actors are also using their platforms to speak out and demand the removal of the president. Sarah Jessica Parker tweeted, "Unimaginable. Disgraceful. Shocking. But no surprise. So many to hold responsible. You know who you are. You dismissed the violent, divisive, cruel rhetoric. You made excuses. Cowards He/you are not leaders. We will try to re-build. You will try to live with yourselves."

Actor Josh Gad called for use of the 25th Amendment. "Is there any single reason Donald Trump is not in handcuffs at this very moment? If any other American incited thousands into storming the Capital Building, they would already be behind bars."

Mark Ruffalo tweeted out a petition to sign for Trump's removal.

Actor Chris Evans weighed in, writing, "Just think of the carnage had they not been white."

Armie Hammer also expressed his outrage. "Reported shots fired inside the house chambers. This is why we can't have nice things, you f–king mouth breathers who stormed the capital … It's a good thing this wasn't a BLM rally or else these a–holes would have actual riot police to deal with."

Actor Jon Cryer demanded for the President's removal followed by an arrest. "Impeach him. Remove him. Arrest him."

Stevie Wonder expressed his grief over the country. "It is time for the leaders of this country to invoke the 25th Amendment," he wrote. "Isn't it obvious?  Today has made me sad with disbelief with what is happening in my country, a country that has inspired my songs of hope and love."

Selena Gomez called on social media platforms for allowing hateful and inciteful content to be posted on their sites.

RELATED: Twitter Deletes President Trump's Tweets For What Appears to Be the First Time

Late night talk show hosts also pivoted from their usual fun and games format to address the day's horrific events. According to Daily Mail, James Corden opened the Late Late Show on Wednesday with a message about the violence on Capitol Hill.

"'It's a crazy, sad day, a day that will go down as a dark one in the long history of America…" he said. "'It felt sad, it felt wrong, but mainly, it felt hopeless… I hope when the dust settles and we reflect on what happened on this awful day, that we still have hope. Because in two weeks on those same steps, where that mob fought and pushed past police, Joe Biden will be sworn in as president of the United States.'"

Host of The Tonight Show Jimmy Fallon also used his monologue to address the country and call this act of violence terrorism.

"Today was not patriotism, today was terrorism. I thought that President-elect Biden, President Biden," he corrected. "said it best when he said 'we have to step up, we're at our best when we step up.' Today was a disgrace. Today was disappointing. But sadly, today was not a surprise."