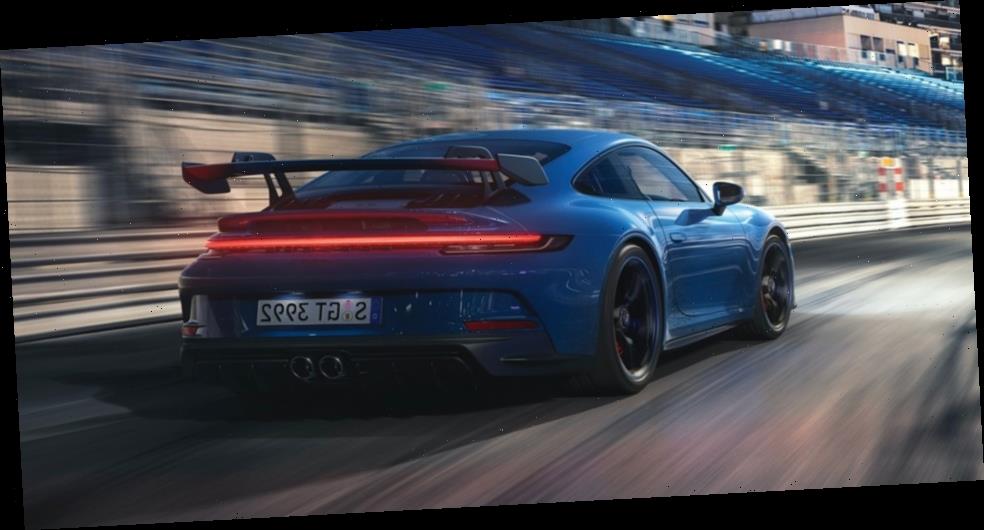 For the 992 generation of 911, the GT3 adopts the continued refinement of the GT3 category street-legal track car, but with an approach towards aggressive achievements. While most of the 911 fleet has resorted to turbocharging for emissions and performance, the 992 GT3 remains naturally-aspirated to stay in-line with previous eras. The decision does not exclude enhancement however, as the 4.0L flat six Boxer engine takes advantage of motorsport technology, like lightweight titanium innards, endurance race-tuned specifications and a power curve befitting of its high-revving nature, maxing out with a 9000 rpm redline.

Exterior-wise, the GT3 is clad with weight-saving properties, such as a carbon fiber reinforced plastic hood, carbon fiber roof, thinner glass windows, lightened exhaust and more. Aero improvements are a huge component of the 992’s iteration, with a swan-neck design rear spoiler ala the Porsche 911 RSR that results in not only a striking appearance for a street legal production car, but also creates an uninterrupted underside, known as the “suction side” for maximum downforce potential. Lightweight forged alloy wheels bespoke to the GT3, a new roll cage design, wide body exterior and massive rear diffuser round out the rigidity standards of a motorsport-bred machine to match its aerodynamics.

For the interior, the GT3 follows the same design language of the 992 with obvious changes, such as model-designated seats, interior trim pieces in carbon fiber, options to delete navigation, sound system and air conditioning, and more. Most importantly on the interior however is the ability to spec the GT3 in either PDK or manual, the latter of which arriving in a six-speed configuration for the absolute purists.