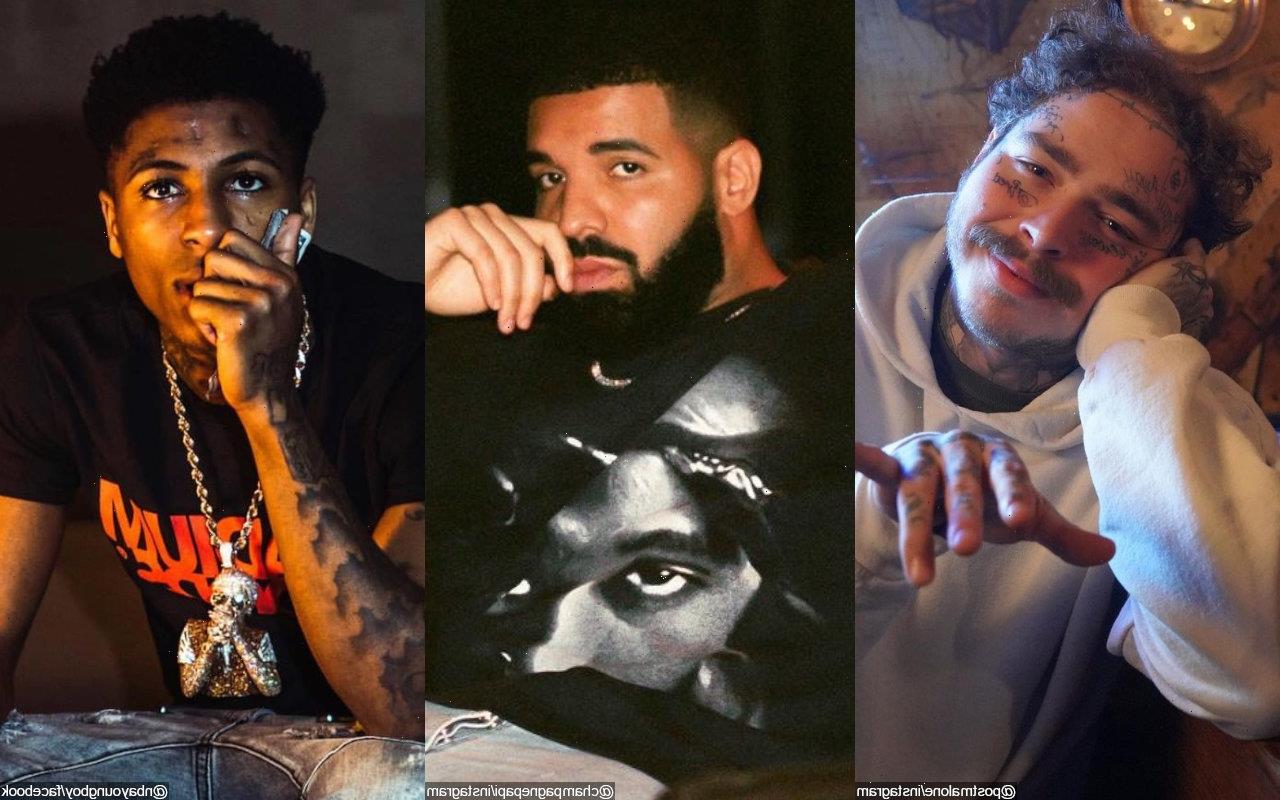 AceShowbiz –Post Malone, Drake and NBA Youngboy a.k.a YoungBoy Never Broke Again still managed to earn big bucks amid the COVID-19 pandemic. According to Billboard’s 2020 Money Makers list, which was published on Monday, July 19, the trio were the three highest-earning hip-hop artists.

Following Taylor Swift, who returned to No. 1, Post moved up to No. 2 after placing No. 6 on 2019’s list. He earned $23.2 million in total, including $12.4 million from touring prior to the lockdown and $8.1 million from streaming. He earned an additional $2 million from publishing.

As for Drake, he took Post’s last year’s spot after taking home $14.2 million. He pulled in $11.7 million just from streaming alone and $1.9 million from publishing. YoungBoy, meanwhile, grabbed the No. 9 overall spot. He earned $10 million in combined streaming royalties including over 1.4 billion in video streams, 6.2 billion in audio streams, and almost 7 billion in overall combined streams.

Securing the 10th rank on the list was Lil Baby. The “Drip Too Hard” spitter raked in $9.1 million from streaming thanks to his chart-topping album “My Turn”, which 12 songs simultaneously charted on the Billboard Hot 100. He earned an additional $2.2 million from publishing and $253,000 from two concerts.

As for Kanye West, he ranked at No. 30 with $6.3 million. Travis Scott (II), in the meantime, jumped four spots after ranking 39th last year.