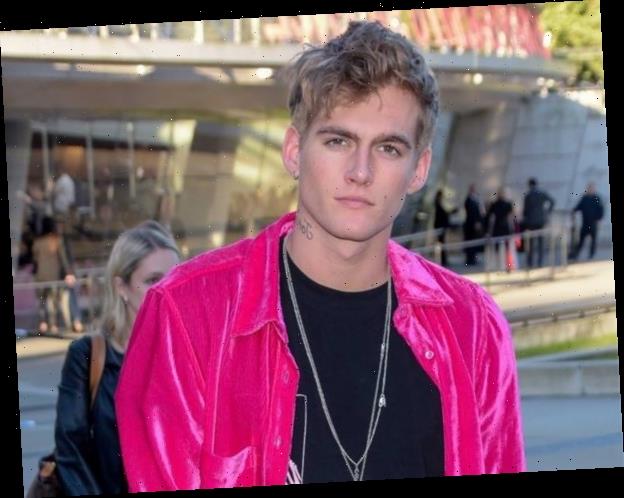 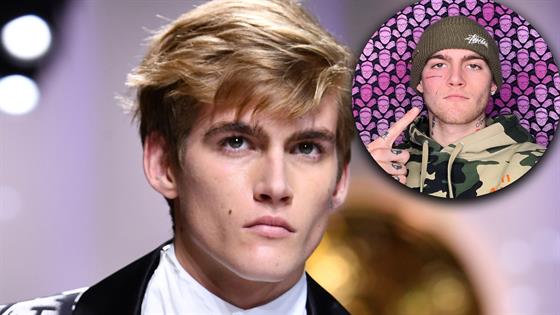 Presley Gerber has another message for his haters.

On Wednesday, the 20-year-old model addressed the backlash he has been receiving following his face tattoo. Taking to Instagram, Cindy Crawford and Rande Gerber‘s son said that he is tired of being the subject of “hate” because of his “little face tattoo.”

He wrote, “Most and a lot of people can get a face lifts, change genders, lip injections, etc and it’s offensive to say anything in today’s day in age but I get a little face tattoo and now people love to hate me..Hmmmm?”

Back in February, Presley debuted his face tattoo on social media. For his dramatic ink, he recruited celebrity tattoo artist Jonathan “JonBoy” Valena and had the word “Misunderstood” tattooed on his right cheek. “Thanks homie,” Presley wrote on Instagram. Poking fun, JonBoy replied, “Sorry mom.”

Shortly after unveiling his new tattoo, fans of the young star were quick to react in the comments section, many voicing their disapproval. He then decided to confront his critiques in an Instagram Live, where he explained the meaning of the tattoo: “I don’t feel very understood I guess.”

According to Page Six, he reportedly told viewers, “If I thought this was going to ruin my face or I didn’t want this, I wouldn’t have done it. I think that’s a pretty obvious thing.”

Addressing the haters, Presley added, “I just wanted to come on here and be like, if anyone has s–t to say to me about this or anything else and my family or how I grew up or anything. I will give you my address, I promise, and you can come say it to my face.” 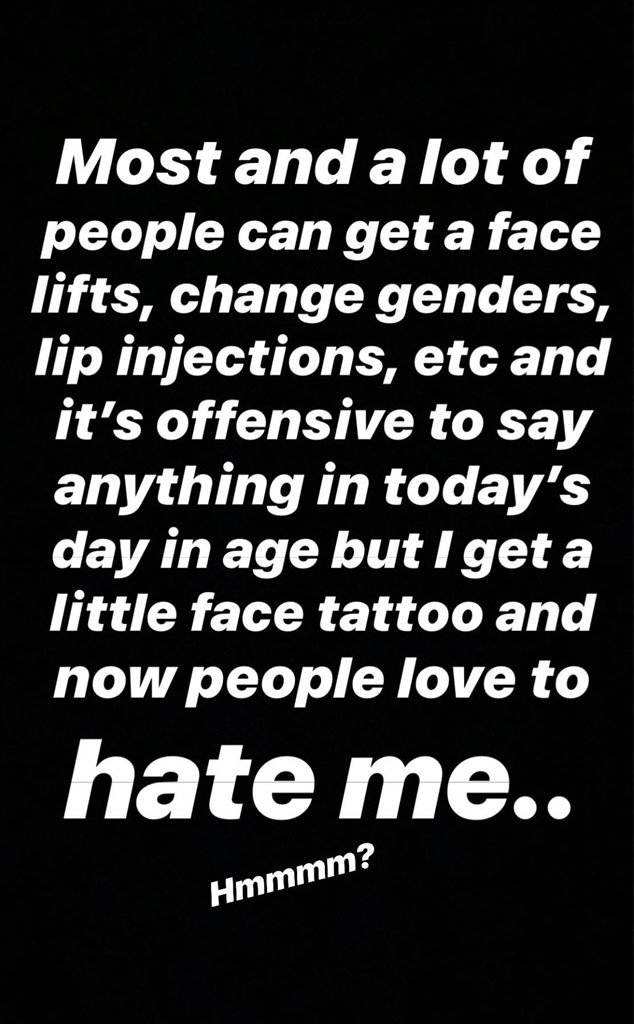 In an attempt to further prove that he’s misunderstood, Presley shared a video of himself firing a gun at a shooting range. Referencing his tattoo, he captioned the post, “Innocent little me before all the horrid tattoos. Y’all know nothing #waketfup.”

Days later, a source told E! News that his famous parents are concerned for their son and have “been trying to get Presley help since his DUI last year.”

“Cindy and Rande are definitely concerned about their son. They truly want to make sure he is okay,” the insider shared. “He has just fallen off the beaten path. He has been in treatment before but they are pushing for something more serious. They want to make sure he’s in a good mental state and are closely watching him.”

The source added that his younger sister Kaia Gerber has “really taken him under her wing” and has been there for Presley.