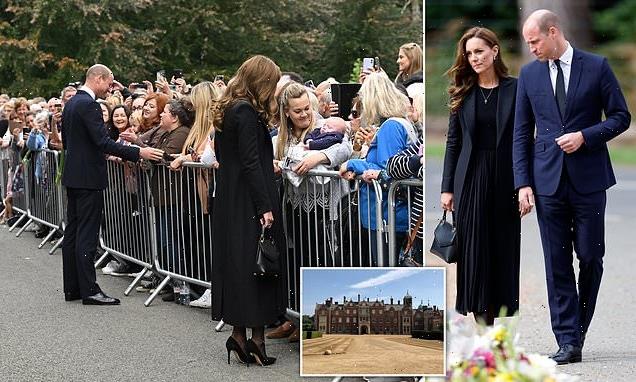 William and Kate met Norfolk neighbours: Prince and Princess of Wales were introduced to residents in private audience at Sandringham House before public walkabout

The Prince and Princess of Wales were introduced to residents by His Majesty’s Lord-Lieutenant of Norfolk at a private audience at Sandringham House yesterday.

The royal couple were at the residence to view floral tributes left for the Queen and meet with wellwishers ahead of Her Majesty’s funeral on Monday.

During the visit, Norfolk’s Lord-Lieutenant, Lady Dannatt, introduced Kate, 40, and Prince William, 40, to people from the area.

Lady Dannatt is the King’s representative in the county, taking over the role from Sir Richard Jewson KCVO JP when he retired in August 2019.

As well as their appointment with Lady Dannatt, yesterday the Prince and Princess spoke to members of the public during a walkabout outside the estate. 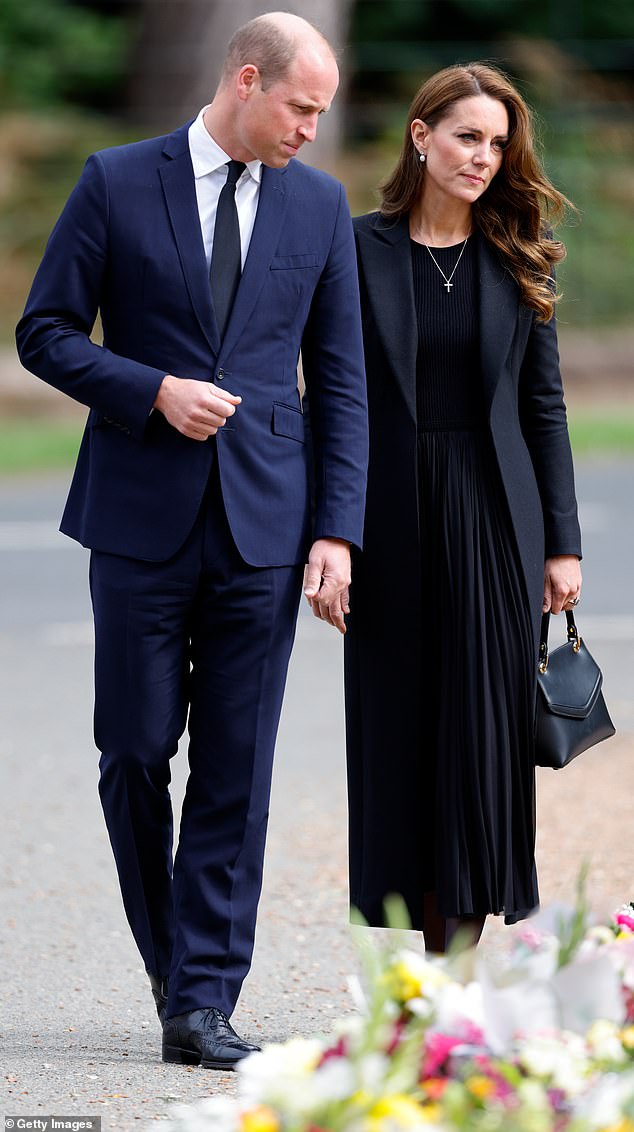 The Prince and Princess of Wales look at floral tributes left at Sandringham House for Her Majesty, who died last Thursday at Balmoral, aged 96 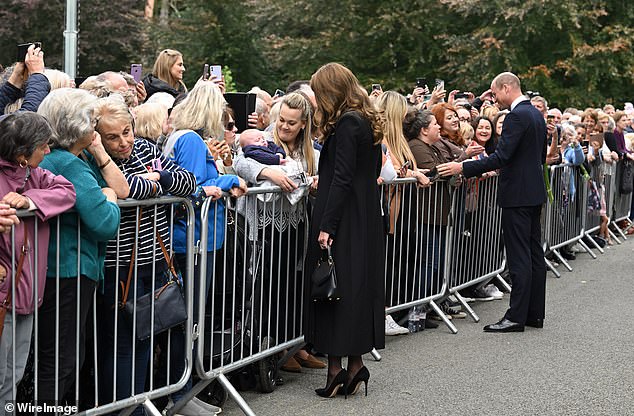 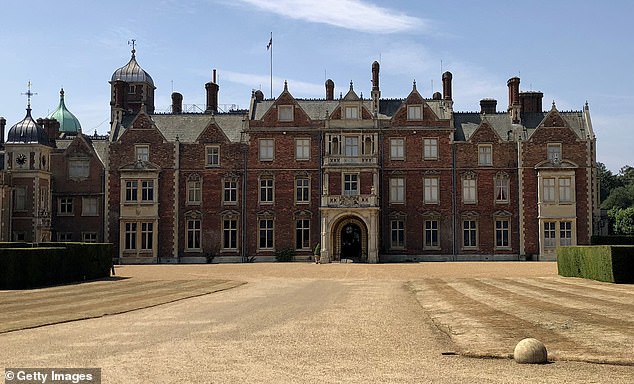 The Prince and Princess of Wales are said to have been introduced to Norfolk locals yesterday, at Sandringham House (pictured)

According to royal correspondent Roya Nikkhah, the royal mother-of-three gave an update on how Prince George, nine, Princess Charlotte, seven, and Prince Louis, three, were coping.

Kate spoke to one wellwisher about how her three children have been coping since the loss of their grandmother, who died peacefully last week at Balmoral, at the age of 96.

Speaking to BBC’s Jo Black yesterday, the unnamed wellwisher, who was amongst the crowd standing outside the estate today, said: ‘My daughter asked her how the children were doing, and Kate thanked her and said yes, they were doing well and they were being looked after at school, so that was a nice exchange.’

She also revealed that Prince George ‘understands the loss’ of his great-grandmother – while his younger siblings Princess Charlotte and Prince Louis ‘less so’.

The Duchess of Cambridge and Cornwall, as she is now known, looked deep in thought as she arrived in Norfolk for the walkabout. 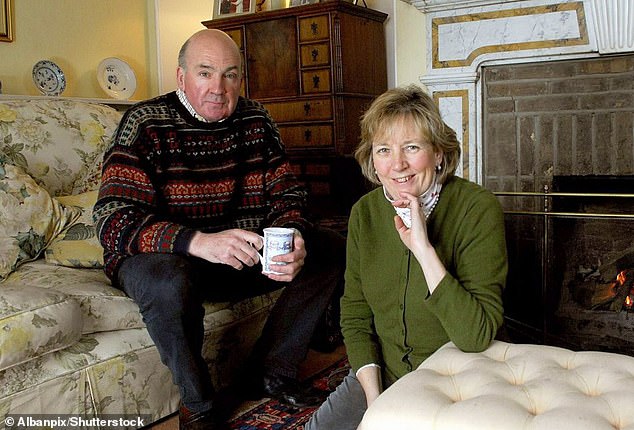 Lady Phillippa Dannatt, His Majesty’s Lord-Lieutenant of Norfolk, pictured with her husband General Sir Richard Dannatt. Yesterday she introduced the Prince and Princess of Wales to locals 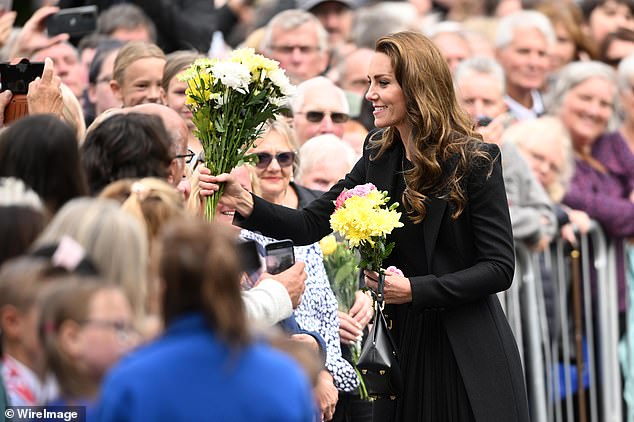 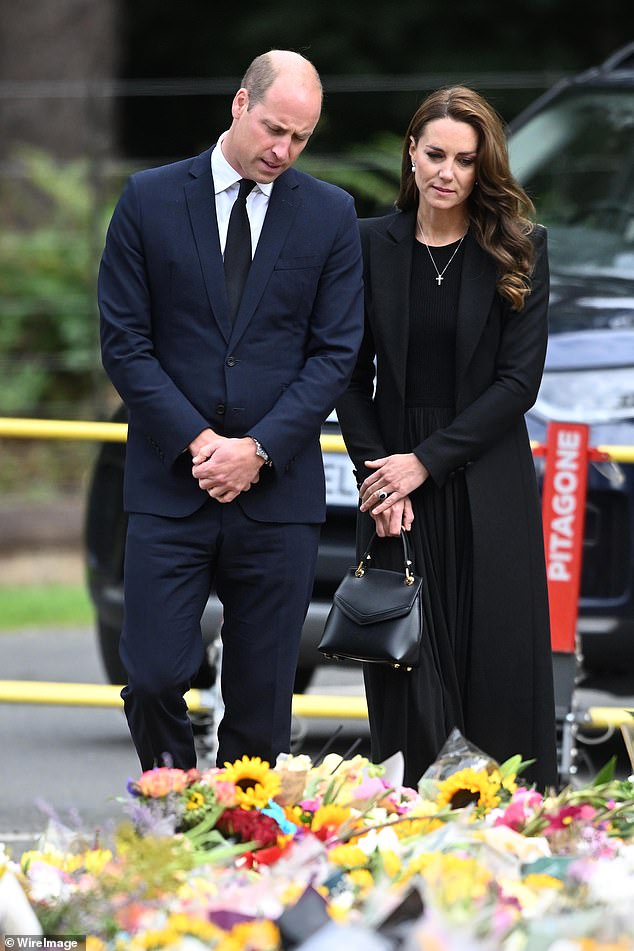 The royal mother-of-three was dressed in a smart black coat with a black dress for the occasion, carrying a small black handbag to complete her outfit

The royal couple were seen slowly looking down at a sea of floral tributes in Sandringham yesterday, while the Prince pointed down at individual cards and objects.

Following her death last week, Prince William released a moving statement that said while the world was mourning the loss of an ‘extraordinary leader’, he had lost his ‘grandmother’.

He referenced the family holidays they spent with his children George, nine, Charlotte, seven, and Louis, four, and thanked the Queen for the support and guidance she gave to him and Kate.

William wrote: ‘On Thursday, the world lost an extraordinary leader, whose commitment to the country, the Realms and the Commonwealth was absolute. So much will be said in the days ahead about the meaning of her historic reign.

‘I, however, have lost a grandmother. And while I will grieve her loss, I also feel incredibly grateful. I have had the benefit of The Queen’s wisdom and reassurance into my fifth decade. 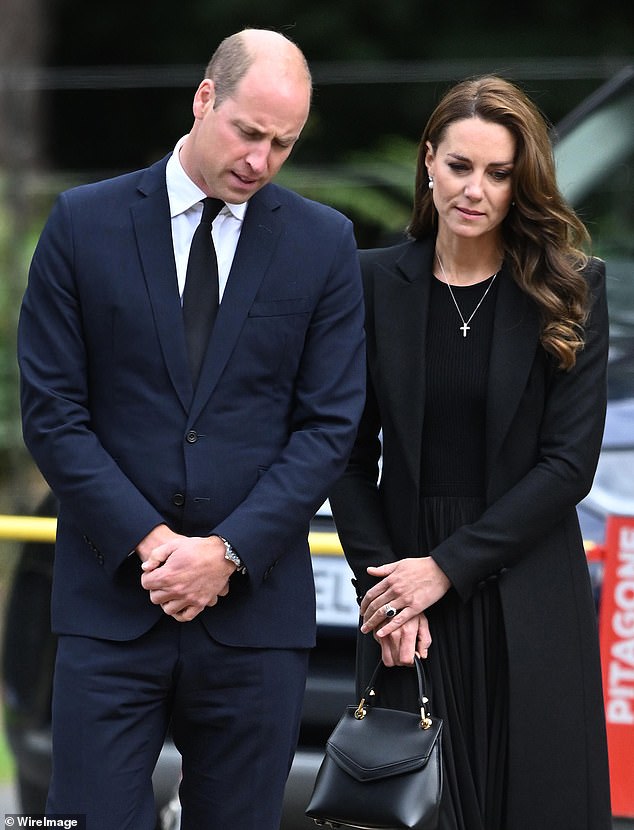 The royal couple were seen slowly looking down at a sea of floral tributes in Sandringham yesterday, while the Prince pointed down at individual cards and objects 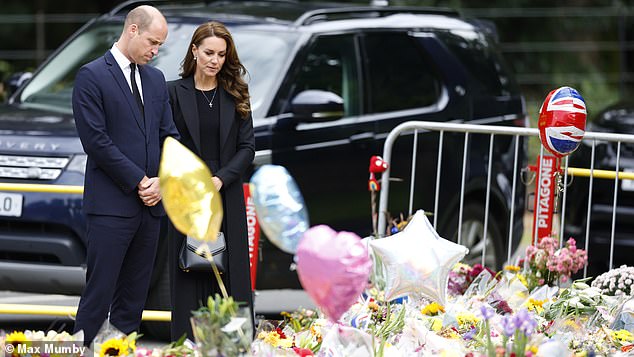 The new Princess of Wales, 40, has been by her husband’s side since it was announced his grandmother had died last Thursday at the age of 96 at Balmoral 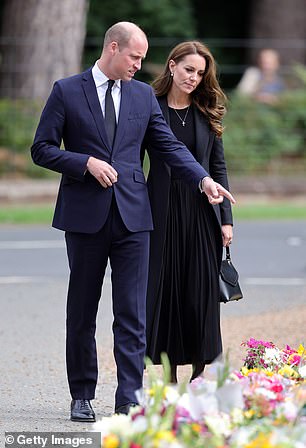 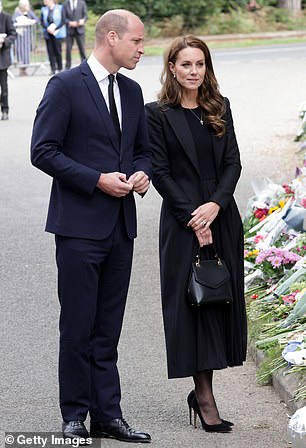 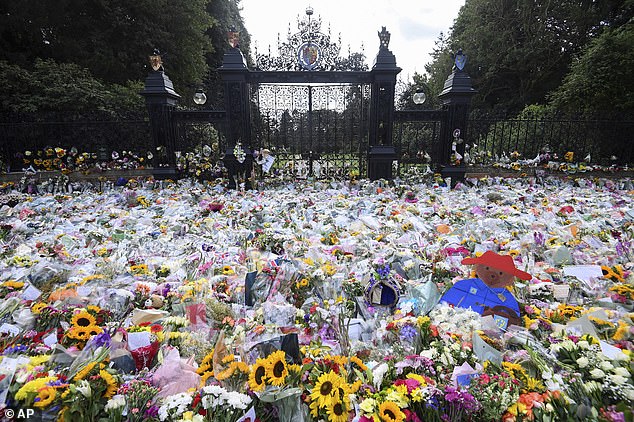 Floral tributes were placed at Norwich Gates at Sandringham Estate by members of the public, in memory of late the Queen

‘My wife has had twenty years of her guidance and support. My three children have got to spend holidays with her and create memories that will last their whole lives.

‘I knew this day would come, but it will be some time before the reality of life without Grannie will truly feel real.

‘I thank her for the kindness she showed my family and me. And I thank her on behalf of my generation for providing an example of service and dignity in public life that was from a different age, but always relevant to us all.

‘My grandmother famously said that grief was the price we pay for love. All of the sadness we will feel in the coming weeks will be testament to the love we felt for our extraordinary Queen.

‘I will honour her memory by supporting my father, The King, in every way I can.’

The statement released by Prince William about the death of his grandmother the Queen, in which he referred to the monarch as ‘Grannie’

The role of His Majesty’s Lord-Lieutenant of Norfolk represents the Crown’s commitment to the wellbeing of the community.

On her appointment as Lord-Lieutenant in 2019, Lady Dannatt said: ‘I am deeply honoured and humbled to be appointed Lord-Lieutenant of Norfolk in succession to Sir Richard Jewson who has done so much for this County over the 15 years of his tenure.

‘I am most privileged to have been invited by Her Majesty The Queen to be Her Representative within Norfolk – the County in which I grew up and love so much.’

Speaking about the role itself, she added that she was looking forward to ‘serving the people of the County of Norfolk in the best way that I can’.

She said: ‘With the support of the Vice Lord-Lieutenant and the Deputy Lieutenants, I look forward to developing the work of the Lieutenancy, in particular encouraging volunteering within the County and also promoting mental health fitness especially amongst young people and those working in our farming communities.’

The Norfolk visit by the Prince and Princess of Wales comes ahead of Her Majesty’s funeral, which will take place on September 19.