Prince Edward and his wife the Countess of Wessex have sent a thank you card for the condolence notes they received after Prince Philip’s death.

Posting on Instagram, royal fan loopycrown3 shared images of the note sent by The Earl of Wessex, 57, who is the Queen and Duke of Edinburgh’s youngest son and his wife, Sophie.

Prince Philip died on April 9 at Windsor Castle, aged 99, while his funeral took place nearly two weeks ago on April 17.

Inside the card, the couple said they were ‘extremely grateful’ for messages of support from royal fans, and featured a picture of Prince Edward’s father Prince Philip in a suit and sunhat.

The picture is used on the DofE website, which is a charity set up by the Duke of Edinburgh to help young people across the UK gain essential skills, experience, confidence and resilience. 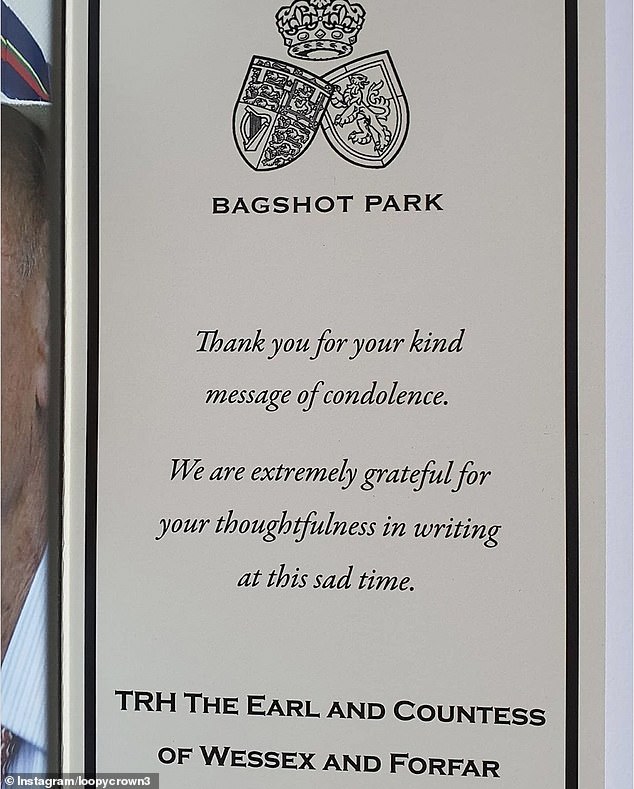 Prince Edward and his wife the Countess of Wessex have sent a thank you card for the condolence notes they received after Prince Philip’s death, saying they ‘are extremely grateful for your thoughtfulness in writing at this sad time’

The note from Bagshot Park, the official residence of the Earl and Countess, which on the front cover read: ‘In memory of His Royal Highness Prince Philip, Duke of Edinburgh 1921-2021.’

The inner note carried the Bagshot Park crest and in italic writing said: ‘Thank you for your kind message of condolence.

‘We are extremely grateful for your thoughtfulness in writing at this sad time.’

The couple then signed off: ‘TRH The Earl and Countess of Wessex and Forfar.’ 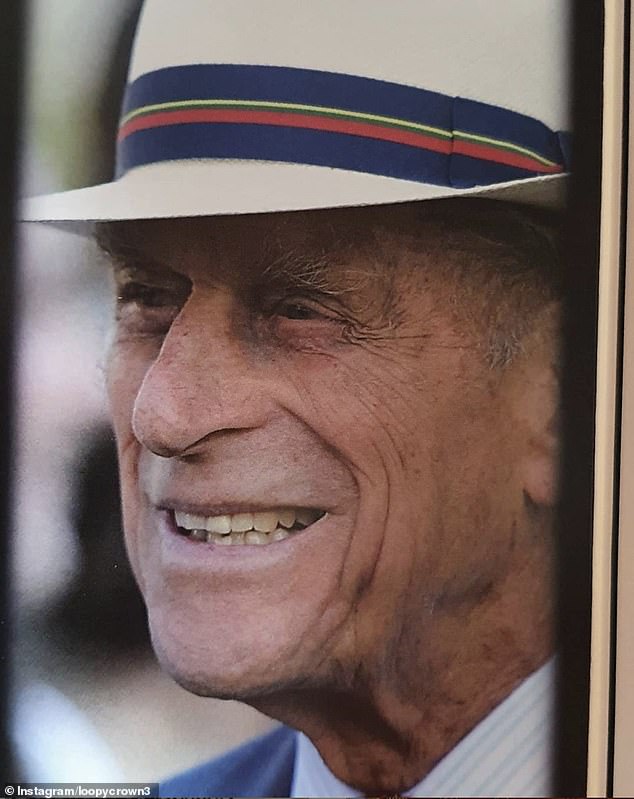 The note also carried a picture of Prince Philip in memory of his death earlier this month, where he wears a sun hat and a suit

Earlier this week, the Queen carried out her first public engagement since Prince Philip’s funeral.

She kept Philip in her heart, wearing a diamond floral brooch she received as a wedding gift.

The monarch’s stoic spirit shone through as she welcomed dignitaries to Buckingham Palace via videolink from Windsor Castle. 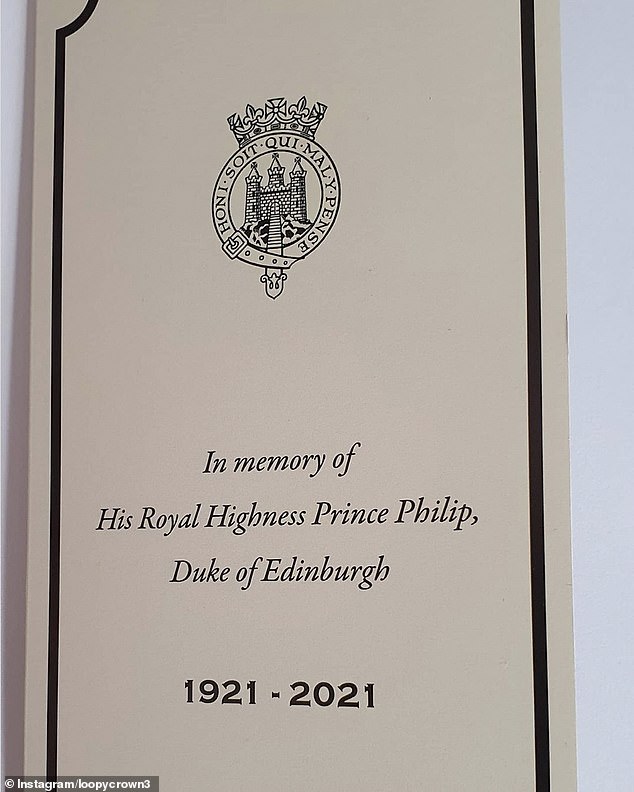 The fan posted the picture on Instagram, showing the front of the note which said: ‘In memory of His Royal Highness Prince Philip, Duke of Edinburgh 1921-2021’

She opted to wear the glittering rose brooch from Cartier for the meeting, which was given to her by the Nizam of Hyderabad on the occasion of her marriage to the Duke of Edinburgh in 1947.

Among the Queen’s many wedding presents were a stunning Cartier tiara and necklace from the Nizam of Hyderabad, an Indian monarch and one of the wealthiest jewellery collectors in the world.

The Queen wore his gift several times over 25 years, including on this visit to the Norwegian Embassy in 1951, but had it broken up in 1973 and asked the then Crown jeweller Garrard to make a new tiara. 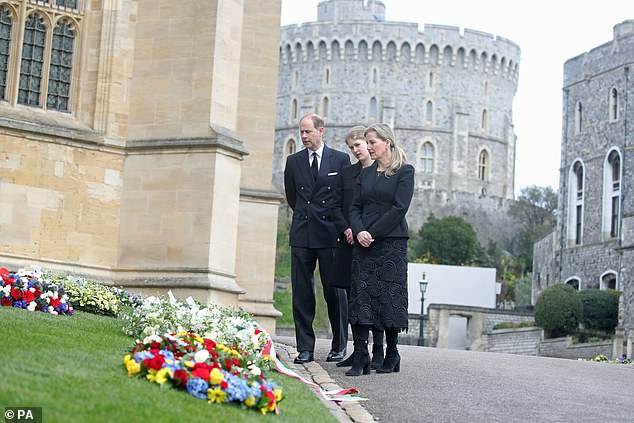