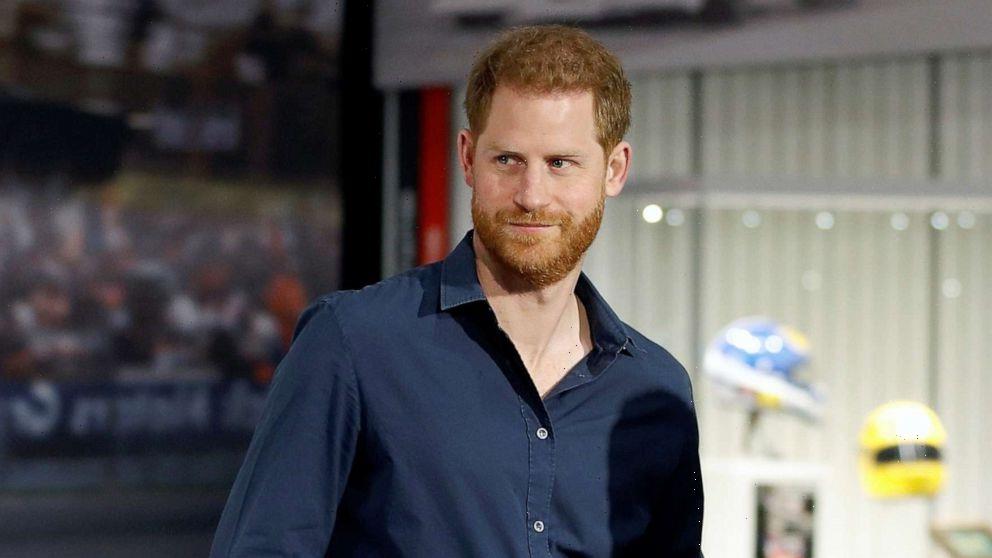 Prince Harry, the Duke of Sussex, is getting even more personal about his mental health struggles, his tensions with being a royal and his life today in California with his wife Duchess Meghan and their son, Archie.

Harry, who lives with his family in Montecito, California, opened up in an in-depth interview on actor Dax Shepard’s popular “Armchair Expert” podcast.

The casual but revealing conversation between Harry, Shepard and podcast co-host Monica Padman marked the first time Harry has given a sit-down interview since he and Meghan spoke with Oprah Winfrey in March.

Harry appeared on “Armchair Expert” to promote a mental health-focused docu-series, “The Me You Can’t See,” on which he partnered with Winfrey.

Here are five revelations from Harry’s interview with Shepard and Padman.

1. Harry wanted to leave royal life in his 20s

When Padman asked Prince Harry if he felt like he was in a “cage” while performing his royal duties, Harry said he had thoughts in his 20s of wanting to leave royal life.

“It’s the job right? Grin and bear it. Get on with it. I was in my early 20s and I was thinking I don’t want this job, I don’t want to be here,” he said. “I don’t want to be doing this. Look what it did to my mom, how am I ever going to settle down and have a wife and family when I know that it’s going to happen again?”

“I’ve seen behind the curtain, I’ve seen the business model and seen how this whole thing works and I don’t want to be part of this,” Harry added.

2. Harry is working to ‘break the cycle’ with his parenting

When asked if he is parenting in an “opposite direction” from the very specific way he was raised as a royal, Harry, who is expecting his second child, a girl, with Meghan, said yes.

“It’s very much a case of … isn’t life about breaking the cycle,” said Harry. “There’s no blame. I don’t think we should be pointing the finger or blaming anybody, but certainly when it comes to parenting, if I’ve experienced some form of pain or suffering because of the pain or suffering that perhaps my father or my parents had suffered, I’m going to make sure that I break that cycle so I don’t pass it on.”

“There’s a lot of genetic pain and suffering that gets passed on anyway, as parents we should be doing the most that we can to try and say, ‘You know what, that happened to me, I’m going to make sure that doesn’t happen to you,'” he said.

Presumably speaking about his father, Prince Charles, Harry added, “It’s really hard to do, but for me it comes down to awareness. I never saw it. I never knew about it, and then suddenly I started to piece it all together and go, ‘OK, so this is where he went to school. This is what happened. I know this bit about his life. I also know that’s connected to his parents, so that means that he’s treating me the way that he was treated, which means, how can I change that for my own kids?'”

“Well, here I am. I’ve now moved my whole family to the U.S.,” he said. “Well, that wasn’t the plan, but sometimes you’ve got to make decisions and put your family first and put your mental health first.”

Harry spoke at length about the British media’s fixation on the royal family and what it is like to live under the glare of the media and the public spotlight.

“It’s a mix between ‘The Truman Show’ and being in a zoo,” he said, referring to a 1998 Jim Carrey film in which the main character is living on a giant TV set where his every move is recorded.

4. Therapy was life-changing for Harry

Prince Harry has made mental health a part of his platform since 2016, when he and his brother, Prince William, and sister-in-law, Duchess Kate, launched an initiative, Heads Together, to try to destigmatize mental health.

The duke has spoken previously of going to counseling in his 20s at the urging of Prince William, but told Shepard that Duchess Meghan pushed him to therapy as well.

Harry said Meghan saw that he was “hurting” and angry about things he could not control in their lives in the royal family.

He went on, “And then once I started doing therapy it was like the bubble was burst. I plucked my head out of the sand and gave it a good shake off and I was like, you’re in this position of privilege, stop complaining and stop thinking you want something different — make this different — because you can’t get out. How are you going to do these things differently, how are you going to make your mum proud and use this platform to really affect change?”

Harry described a life of having to live with his head down to avoid being recognized in public — and even having to text with Meghan while grocery shopping apart in London to avoid being seen together — but said he feels “more free” in their new home of Montecito.

“Living here now, I can actually like lift my head, and actually, I feel different,” he said. “My shoulders have dropped, so have [Meghan’s].

“I can walk around feeling a little bit more free,” Harry added. “I get to take Archie on the back of my bicycle … I never I would never had the chance to do that.”