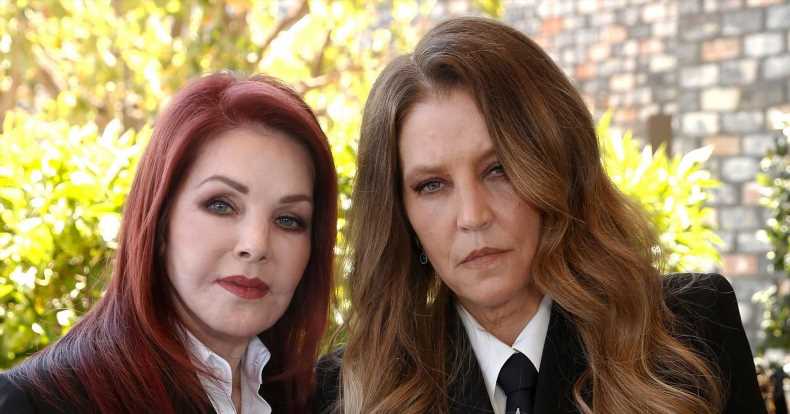 A mourning mother. Priscilla Presley is thanking fans for their support following the death of her daughter, Lisa Marie Presley, at age 54.

“Thank you all for your condolences, you have touched me with your words. It has been a very difficult time but just knowing your love is out there makes a difference,” Priscilla, 77, tweeted on Monday, January 23, after Lisa Marie’s public memorial at Graceland in Tennessee.

Lisa Marie’s loved ones gathered at the family’s mansion on Sunday, January 22, to say their goodbyes. Priscilla struggled to hold back tears as she read a eulogy prepared by one of her younger granddaughters. (Lisa Marie shared twins Harper and Finley, 14, with ex-husband Michael Lockwood.)

“I have no idea how to put my mother into words, truth is there are too many,” Priscilla said. “Lisa Marie Presley was an icon, a role model, a superhero to many people all over the world, but Mama was my icon, my role model, my superhero in much more ways than one. Even now, I can’t get across everything there is to be understood or known about her but as she always said, ‘I’ll do my best.’” 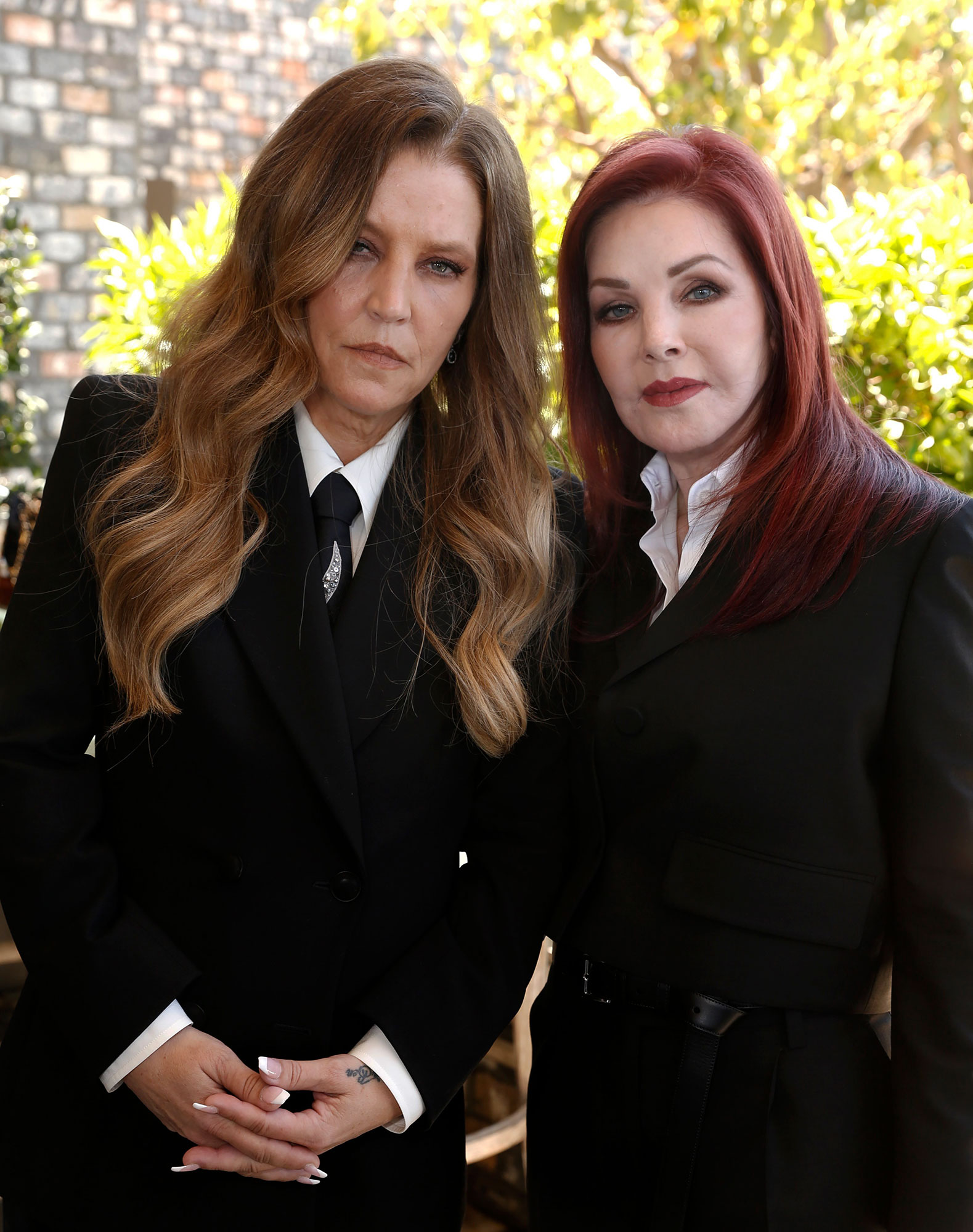 The New York native welcomed Lisa Marie with the late Elvis Presley in February 1968. Four years later, the former couple called it quits. The musician filed for divorce on his birthday in January 1973, and the proceedings were made final that October. (Elvis died in August 1977 at age 42.)

News broke of Lisa Marie’s death hours after Us Weekly confirmed on January 12 that the singer-songwriter was hospitalized for cardiac arrest.

“It is with a heavy heart that I must share the devastating news that my beautiful daughter Lisa Marie has left us,” Priscilla said in a statement at the time. “She was the most passionate strong and loving woman I have ever known. We ask for privacy as we try to deal with this profound loss. Thank you for the love and prayers. At this time there will be no further comment.”

Two days before Lisa Marie’s hospitalization made headlines, she attended the 2023 Golden Globes with her mother in support of Baz Luhrmann‘s Elvis. The mother-daughter duo were front and center as Austin Butler won Best Performance by an Actor in a Motion Picture – Drama for his portrayal of the “Jailhouse Rock” crooner.

The Elvis Presley Enterprises cofounder went on to praise Butler, 31, via Instagram on January 12. “My heartfelt congratulations to @austinbutler for the Golden Globe award for best actor. It was much deserved,” Priscilla gushed. “He studied Elvis for 2 years and simply became him in his performance. I’m so proud of you, Austin. I only wish that the genius that Baz Luhrmann captured was also recognized. #GoldenGlobes #elvismovie.”

Over the years, Lisa Marie spoke candidly about her relationships with her parents. During a September 2013 appearance on The Talk, the “Dirty Laundry” singer teased that her late father “was not strict at all” — but Priscilla laid down the law. 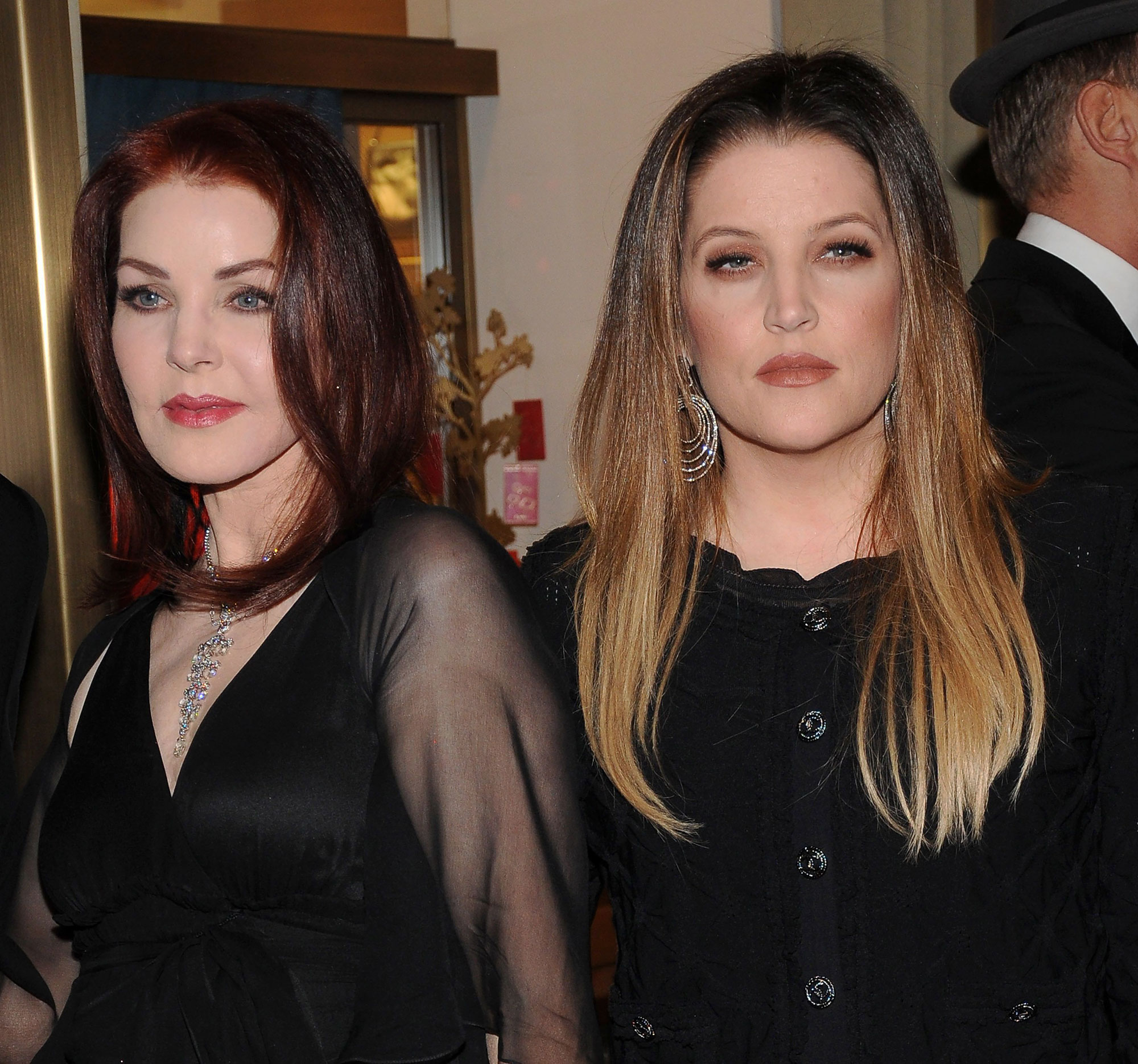 “My mom … was really strict. So it was very confusing when I’d have to go, you know, back and forth between the two,” the Tennessee native said, before confessing that she feels as though she resembles her father. “I have my mom’s strength, I think. [But] his personality and sort of his intensity levels, sometimes, I can emulate pretty well.”

The “Sticks and Stones” performer went on to describe her own parenting style with daughter Riley Keough. Along with the Zola actress, 33, Lisa Marie shared son Benjamin Keough with ex-husband Danny Keough. (Benjamin died by suicide at age 27 in July 2020.)

“When Riley came around — my mom was really, really strict with me, [almost] constrictive. I realized that’s not going to work very well [with my daughter] because it made [my mom and I] not get close for a very long time,” she said on The Talk. “We are now very close. But when I was younger, it was difficult to have a relationship with somebody who was [strict] all the time. With Riley I realized I have to sort of play friend and parent. I’m trying to navigate that one a little bit.”

Lisa Marie is survived by her mother, Riley, Harper and Finley. Us confirmed after the Graceland memorial on Sunday that the Daisy Jones & the Six actress and her husband, Ben Smith-Petersen, quietly welcomed a daughter.