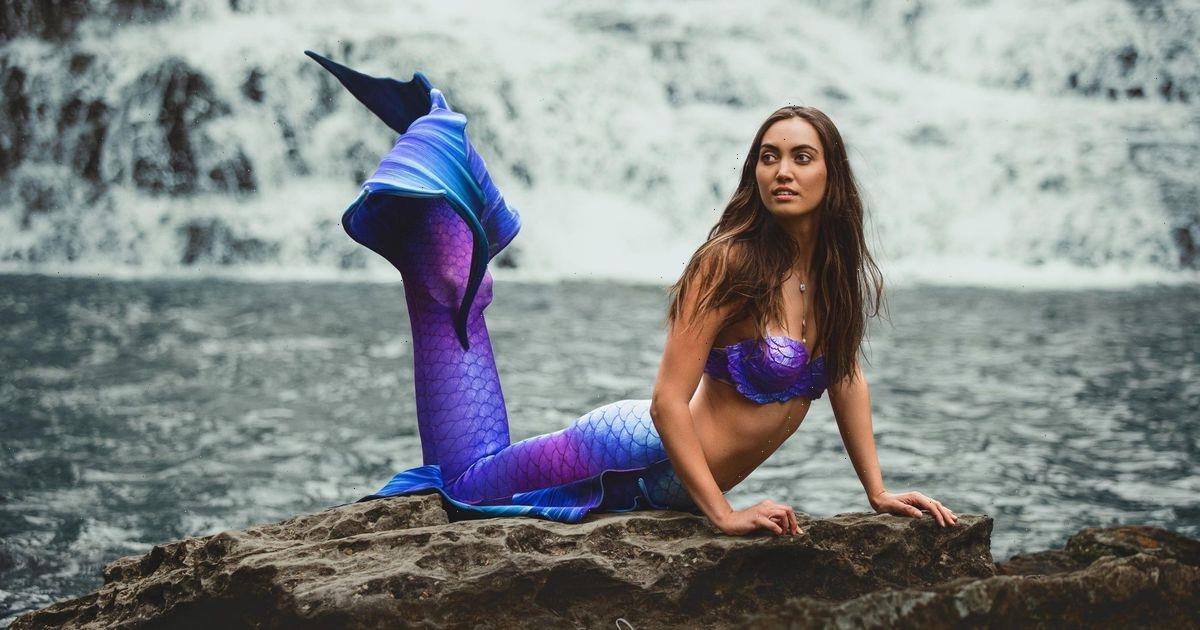 A professional model has revealed that while she loves her job, she doesn’t enjoy it when men flirt with her while she’s wearing her tail.

As well as being a model and actress, she performs in tanks across the United States and spends thousands on the perfect fin.

While most people are excited to see her perform, Felicia said there are those that get a little too excited.

Unfortunately, there are often men that flirt with her while she’s working, which she told us “can be very uncomfortable".

“We even have a term we use for people that are a little too interested in mermaids, we call them ‘merverts'.” she told the Daily Star.

“However, we are professionals and often trained in acting and improv, so we can handle those situations or call attention to our ‘mertender’ or companion.

“It is unsafe for a mermaid to perform or appear without a trusted individual looking out for them for that reason.”

People travel from all over the country to see Felicia and her colleagues and most of them are thrilled to be immersed in the magic.

“If someone stumbles upon us, they normally don’t say anything at all nor do they try to ‘troll’ but they do ask a lot of strange or inappropriate questions,” the pro mermaid explained.

“This is why we have ‘pirates’ or ‘mer-wranglers’ at our shows skilled in improv to deflect those individuals.”

Felicia’s outfit and acting is so convincing, a lot of people think she’s a real mermaid.

“The joy on kids' faces is amazing. Even some adults stick around and watch for a while and they seem pretty convinced,” she said.

“It all comes down to how you define a ‘real mermaid’. Do I live in the depths of the ocean and lure sailors to their death? No, however, I do enjoy the water and have a calling to protect the ocean.

“I also have a tail, swim really well, and spend an above-average time under the water!

"I think professional mermaids are real mermaids, you just achieve that status by training and not being born in the ocean.”

Felicia primarily performs in live tanks, anywhere from a four by eight-foot tank to huge tanks on the side of a building for a live performance.

After years of hard work, the 26-year-old is now well-recognised in the industry, as she recently was crowned Miss Mermaid USA after competing in the national pageant.

She had to compete in a long-distance swim, a creativity competition where they had to make their own tops and a traditional eveningwear competition.

They also had to compete in underwater modelling, where each contestant had to pose as much as they could and then their pictures were given a score.

"I won a national competition which was really cool, I haven't done pageants before but I thought this was the perfect opportunity to combine all of my skills," Felicia revealed.

"Then once a date is decided I'm flown out for the international pageant, which is still being determined."

To stay up to date with all the latest news, make sure you sign up for one of our newsletters here.