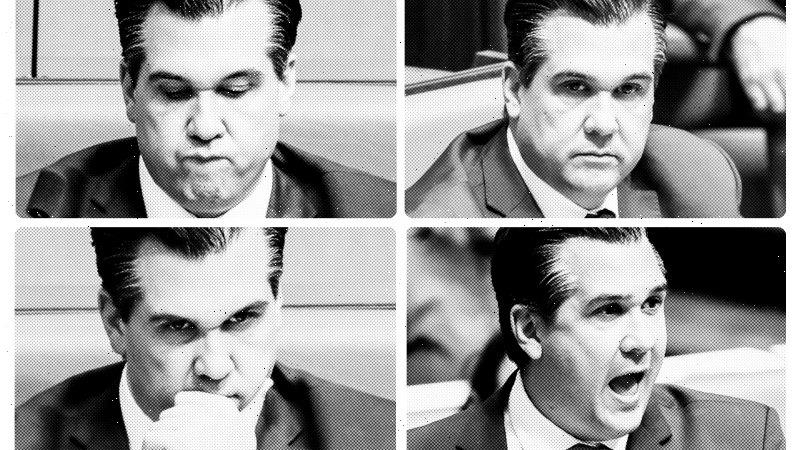 There is no greater example of the two-tiered integrity system in Australia than the case of federal Assistant Treasurer Michael Sukkar.

State politicians, be they former premiers such as NSW Liberal Gladys Berejiklian or factional heavies such as former Victorian Labor minister Adem Somyurek, risk public anti-corruption hearings and can lose their jobs if credible evidence of corruption or abuse of public office arises. 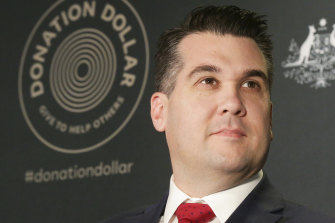 In these public coercive hearings, state politicians are forced to answer questions truthfully on oath, forgoing their right to silence, albeit protected by the knowledge their answers cannot be used against them in a later criminal or civil case. If they lie, they risk being charged.

But the worst a federal politician can expect if they get caught up in alleged wrongdoing is a light-touch probe by a career bureaucrat who has none of the powers of the state anti-corruption commissions. There’s no phone tapping, no search warrants, no public hearings or coercive questioning.

Mr Sukkar’s case is a powerful example of why a properly empowered federal anti-corruption commission is needed in Australia. He is facing allegations not dissimilar to those that landed Mr Somyurek at the centre of the ongoing public inquiry run by Victoria’s Independent Broad-based Anti-corruption Commission.

The IBAC public hearings have revealed how taxpayer-funded jobs in MPs’ offices were handed out as rewards to party operatives in return for doing factional work, rather than the tasks they were paid to do for the community.

In Mr Somyurek’s case, IBAC has built a case that Labor apparatchiks were gifted their taxpayer-funded sinecures by the MP in return for helping him obtain the factional influence to decide who entered Parliament for the Labor Party and who didn’t. Forced to answer questions in public and on oath, several witnesses have broken down in tears, confessing their role in a rotten system.

It is wrong to suggest police could do the same job. Political malfeasance is abhorrent, not because of the amount of taxpayer resources stolen, but because it erodes Australia’s democratic principles.

That’s not a measure that interests police, which is partly why states and territories have corruption watchdogs with public-hearing powers. The other reason for these watchdogs is the recognition that police investigations and court prosecutions are not effective anti-corruption tools.

As former Federal Court judge Michael Barker, QC, told The Age, The Sydney Morning Herald and 60 Minutes in comments backed by several former judges, the special public-hearing powers of corruption watchdogs are needed to thrust credible evidence of political misconduct, that would otherwise never reach a courtroom, into the public light. That’s what the public deserves and what our democracy needs to thrive.

In contrast, Mr Sukkar’s knowledge of a scheme that handed at least five factional operatives taxpayer-funded jobs has been hidden in darkness.

When the allegations were first raised by this masthead in August 2020, the Morrison government referred them to the Finance Department to investigate. The investigation, which found insufficient evidence of wrongdoing, was farcical. Key evidence was never examined by the investigators, pivotal witnesses never called. When I sought to use freedom of information laws to expose the shortcomings of the inquiry, Mr Sukkar made “strong representations” to prevent the release of the investigation report. The Finance Department claimed its inquiry was legally privileged, but conceded it had no power to summon witnesses.

The extent of the department’s whitewash is more evident with the release of fresh evidence that suggests taxpayer-funded jobs were rorted to give Mr Sukkar and his faction more power over who could enter Parliament.

Prime Minister Scott Morrison’s proposed federal corruption commission is no antidote. It is designed to be far weaker than its state counterparts, with no public hearing powers and a limited ability to investigate the sort of allegations ICAC in NSW and IBAC in Victoria are probing.

Mr Morrison has made the calculation that voters don’t care enough about integrity to make it an election issue. But it’s difficult to see how voters could believe their federal representatives deserve less scrutiny than their state counterparts, or preferring darkness over the political disinfectant of sunlight.