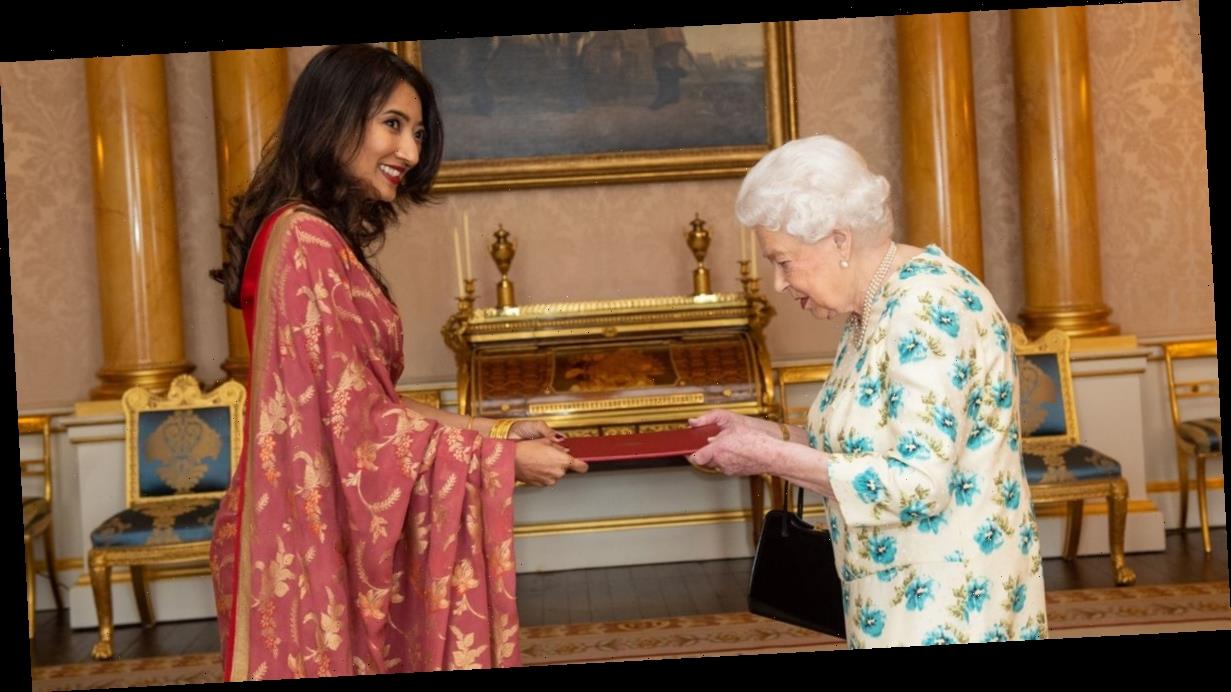 The Queen avoided shaking hands while hosting a reception at Buckingham Palace amid the global coronavirus outbreak.

There were no handshakes from the Monarch as she held an audience at the palace today.

The monarch greeted Sri Lankan High Commissioner Saroja Sirisena and her husband Dr Sudath Talpahewa in the 1844 room of her royal residence.

She was not wearing gloves, but unlike her audiences last week, there was no handshaking during the brief meeting earlier.

Saroja Sirisena handed over her credentials which the Queen received, and Dr Talpahewa bowed to the head of state from a distance as he was introduced. Last Tuesday, the Queen wore gloves as she handed out MBEs, OBEs and knighthoods for the first time in more than 60 years.

She was seen wearing a pair of white gloves as she shook hands with a number of people after handing over medals at the event in Buckingham Palace.

She usually hands out the honours bare handed, as she carries out the fiddly task of fastening the awards to a hook on the recipients' lapels.

Although the Queen regularly wears gloves while out and about on public engagements, this was believed to be the first time she's had them on at an investiture.

Buckingham Palace refused to comment, but a palace source told the Mirror the "Queen and Palace staff would follow Government advice".

And the following day, the Queen dismissed any fears as she met the Ambassador of Cuba Barbara Elena Montalvo Alvarez and President of Malta George Vella, shaking bare hands with them.

At 93, the Queen falls into the band of people who are most at risk if they get the new strand of the virus – COVID-19.

There have been more than 321 cases in the UK of coronavirus, while five people have died, all aged in their 60s, 70s or 80s and with underlying health problems.